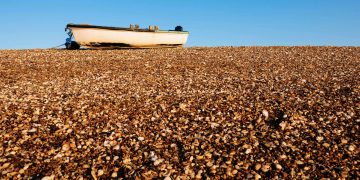 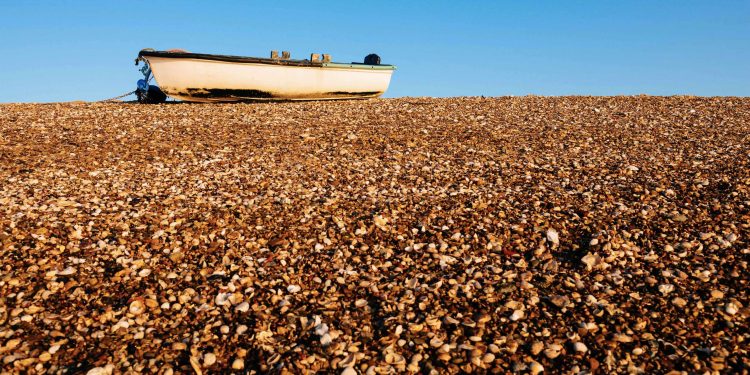 Gary Gensler is a former chairman of the Commodity Futures Trading Commission under President Barack Obama, a Senior advisor to the MIT Media Lab Digital Currency Initiative and Senior Lecturer at the MIT Sloan School of Management, where he currently teaches several classes on blockchain technology and crypto finance.

After this year’s wild market ride and so many failed projects, what might Satoshi Nakamoto’s innovative “Bitcoin: A Peer-to-Peer Electronic Cash System” mean for money and finance in 2019 and beyond?

Satoshi’s innovation – the use of append-only timestamped logs, secured by cryptography, amongst multiple parties, forming consensus on a shared ledger – needs to be taken seriously. The resulting blockchains of data can form widely verifiable peer-to-peer databases.

For any chance of a lasting role in the long evolution of money, though, blockchain applications and crypto assets have to deliver real economic results for users. And while bringing the crypto finance markets within public policy norms is critical, the greatest challenge remains the seriousness of commercial use cases.

A bunch of hype masquerading as fact won’t do it.

Blockchain technology and crypto tokens provide an alternative means to move value on the Internet without relying upon a central intermediary. They promise the potential to lower verification and networking costs, ranging from censorship, privacy, reconciliation and settlement costs to the costs of jump starting and maintaining a network.

These features tie blockchain technology and cryptocurrencies directly to the essential plumbing of the financial sector, which at its core has the role of efficiently moving, allocating and pricing money and risk within an economy. It could lower costs, risks and economic rents in the financial system, which represents 7.5 percent of U.S. GDP.

To do so, though, blockchain technology must address its many technical and commercial challenges – scalability, efficiency, privacy, security, interoperability and governance. Industry reforms and regulations also must bring order to the markets surrounding this technology, especially for crypto exchanges and initial coin offerings.

In the meantime, the financial sector is mainly exploring private blockchain applications – without native tokens – built on software such as Hyperledger Fabric, R3 Corda or Quorum.

Any use case’s value proposition needs to be rigorously compared with simply using a traditional data base. In particular, any token offering must address how it will sustainably lower verification or networking costs – how such crypto asset benefits users more than simply using broadly accepted fiat currencies. While money is but a social construct, its history tells us that there are overwhelming network benefits when a currency is widely used and accepted for all three roles of money – as a unit of account, medium of exchange and store of value.

In essence, how might any blockchain technology project or any initial coin offering’s (‘ICO’) proposed token be more than simply a means to raise cheap money from the public? In 2019 and beyond, venture capitalists, large incumbents and crypto investors will likely be more discerning and rigorous in their investments and projects.

The crypto finance markets can only gain public confidence and reach their potential by coming within long-established public policy frameworks. As with any other technology, we must guard against illicit activities, such as tax evasion, money laundering, terrorist financing and avoiding sanctions.

We must promote fair and open competition while ensuring for financial stability. We must protect investors and consumers.

What investor protection does exist in crypto markets seems little more than an effort to stay ahead of law enforcement’s and regulators’ attention.

Most crypto exchanges are unregistered. Manipulative behavior goes unchecked and billions of dollars in customers’ tokens have been stolen. Compared to traditional financial exchanges, they lack intermediation through regulated broker-dealers. Further, according to CryptoCompare’s October Exchange Review, only 47 percent of exchanges impose strict know-your-customer (‘KYC’) requirements.

Safeguards to date – treating crypto exchanges and digital wallet providers through money transmission laws in the same manner as Western Union or MoneyGram – are unsatisfactory.

Crypto exchanges are trading venues and need be treated as such, with mandated investor protections in place. Front running and other manipulative behavior needs to be banned. Exchanges need to fully comply with anti-money laundering laws and seriously fix or consider spinning off their custodial functions.

In 2019 and beyond, we will see multiple exchanges register in the U.S. – those trading ICO tokens will register as broker-dealers under Regulation ATS and Intercontinental Exchange’s new Bakkt exchange will register and operate under the Commodities Exchange Act.

We’re also likely to see declining operating margins and consolidation in the more than 200 crypto exchanges.

Of the thousands of ICOs to date, many have failed, and investors have lost billions. A recent EY study reported that through the third quarter of 2018, 86 percent of the top ICOs of 2017 were trading below their listing price and only 13 percent actually have a working product.

Filecoin, for instance, raised over $250 million in October 2017 but is not due to go live until mid-2019. Academic and market studies also have found the ICO market rife with scams and frauds.

Debates have raged around the globe about how cryptocurrencies, and particularly ICOs, fit within existing securities, commodities and derivatives laws. Many contend that so-called ‘utility tokens’ sold for future consumption are not investment contracts – but this is a false distinction.

By their very design, ICOs mix economic attributes of both consumption and investment. ICO tokens’ realities – their risks, expectation of profits, reliance on the efforts of others, manner of marketing, exchange trading, limited supply, and capital formation — are attributes of investment offerings.

In the U.S., nearly all ICOs would meet the Supreme Court’s ‘Howey Test’ defining an investment contract under securities laws. As poet James Whitcomb Riley wrote over 100 years ago: “When I see a bird that walks like a duck and swims like a duck and quacks like a duck, I call that bird a duck.”

In 2019, we’re likely to continue seeing high ICO failure rates while funding totals decline. Regulators and the courts will bring added clarity to the market through increased numbers of enforcement cases and related private litigation.

Central banks are studying blockchain technology and crypto markets with one eye on financial stability and another eye on what it means for the fiat currencies they issue and oversee.

While the policy challenges are significant, some Central Banks also are considering giving the public access to central bank payment systems and digital reserves through so-called ‘central bank digital currency’ (CBDC). Two countries’ review – one strong and one in distress – are noteworthy. In Sweden, use of paper-based Krona has declined and the Riksbank, the world’s oldest central bank, is pursuing an e-Krona project to provide electronic central bank money directly to the public.

Venezuela, facing hyperinflation, economic instability, and sanctions is promoting public use of a purportedly oil-backed token, Petro, though there are reports that seriously question the token’s legitimacy.

So, while Satoshi Nakamoto’s Bitcoin has survived a decade of trials, the question still remains, ‘What does it mean for 2019 and beyond?’ Central intermediaries remain a real part of our economies. The financial sector is exploring permissioned private blockchain applications rather than cryptocurrencies.

Will commercial economy-wide use cases be found where the benefits of lower verification and networking costs are truly greater than the expenses, challenges and complexity of blockchain technology? Will smaller concepts flourish and provide a bridge for further development and acceptance?

I remain optimistic, particularly with regard to permissioned private blockchain applications.

What about open blockchain projects and crypto tokens? Will users find real economic value in the native crypto tokens associated with such projects? With the break in the crypto markets, we just might start to find out.

As Warren Buffet famously wrote in his Chairman’s letter in 2002 after major losses at Berkshire Hathaway: “After all, you only find out who is swimming naked when the tide goes out.”

Boat on shore image via Shutterstock