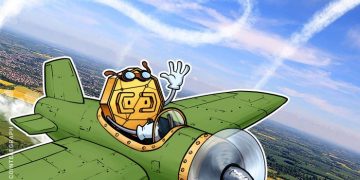 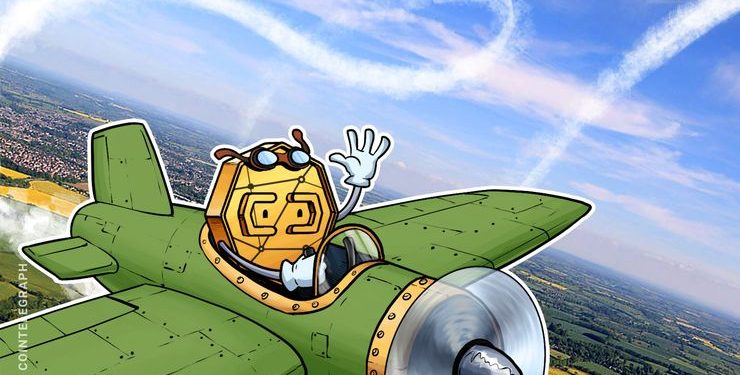 Saturday, Oct. 20: Crypto markets are seeing little momentum, with virtually all of the major cryptocurrencies seeing slight growth and losses between a 1-2 percent range, as Coin360 data shows.

Tether (USDT) has mostly settled back in to its characteristic trading pattern. Having briefly lost its U.S. dollar peg last week, the asset has since reclaimed its historical trading range close to a 1:1 ratio to the greenback. Today the stalwart stablecoin has seen an almost 1 percent drop to trade at $0.979.

Bitcoin (BTC) is trading at $6,473 at press time, seeing negligible price change on the day according to CoinMarketCap. Following its short-lived ascent to $6,965 Oct. 17, correlated with Tether’s price tumble, Bitcoin has corrected back to a trading range just a little higher than at the start of its weekly chart.

Earlier this month, Bitcoin achieved a 17-month low volatility rate, recording its highest level of stability since mid-2017, and the trend has continued over the past few days.

Coupled with low volatility, BTC trading volumes remain low; as of press time the figure is around $3.55 billion.

On the week, the top coin has seen a gentle increase of around 3.3 percent: on its monthly chart, growth is just 0.23 percent. 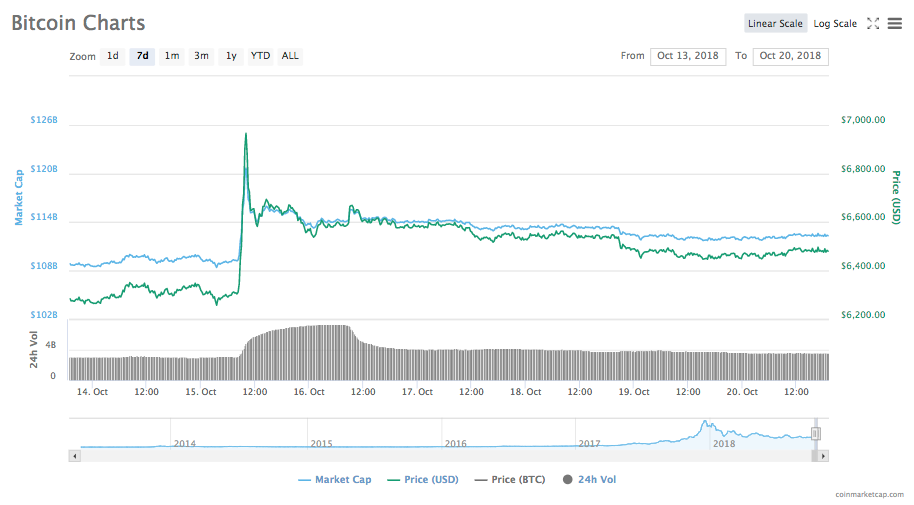 Ethereum (ETH) is seeing similarly slight momentum, up just 0.63 percent to trade around $205, according to CoinMarketCap. Over the past week, the leading altcoin has seen a similar trading pattern to Bitcoin, spiking to $220 Oct. 15 before correcting downwards and then sideways in recent days.

This brings Ethereum to a 3 percent gain on its weekly chart; monthly losses are roughly equal in the opposite direction, at 2.7 percent. 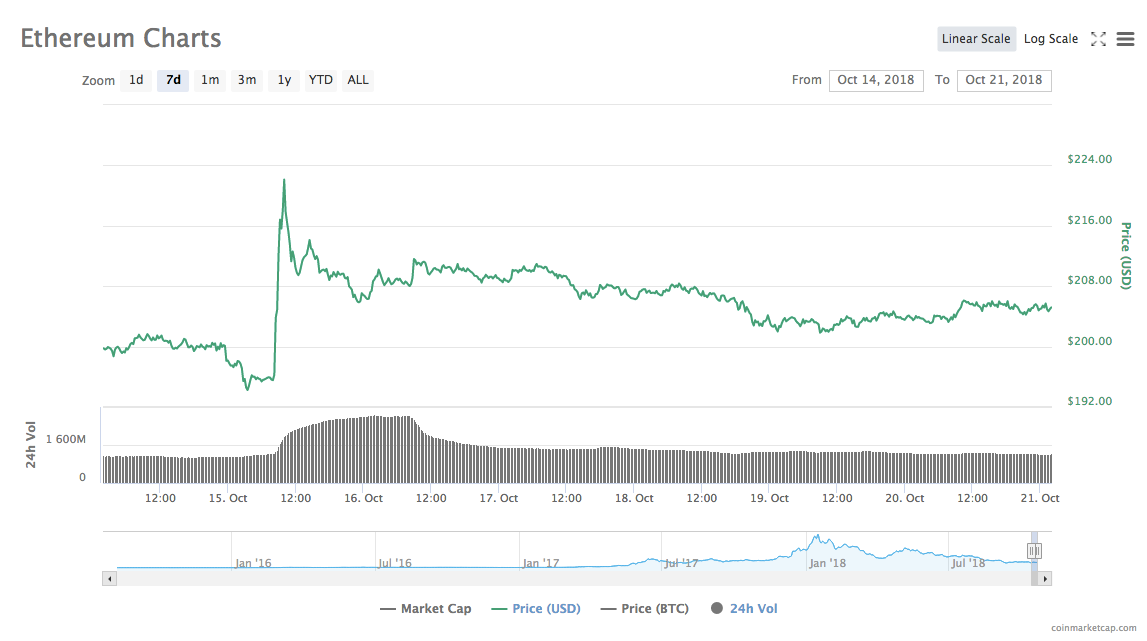 Most of the remaining top ten coins on CoinMarketCap are in the green.

The strongest top-ten performer is fourth largest coin Bitcoin Cash (BCH), up 1.4 percent on the day to trade around $447. Anonymity-oriented alt Monero (XMR) is seeing a modest 0.21 percent change on the day to press time.

In the context of the top twenty coins, the market picture is also stable, with virtually all assets seeing minor growth of below the 1-2 percent mark. The exception is Zcash (ZEC), which has relatively “soared” almost 4 percent on the day to trade at $124.86.

The alt dislodged Dogecoin (DOGE) from its spot as twentieth largest coin by market cap earlier this week, and has seeing sustained growth atypical for the wider market.

Native exchange token Binance coin (BNB) is one of the only top twenty coins in the red, but down only 0.56 percent..

Total market capitalization of all cryptocurrencies is at around $209 billion as of press time. Since its intraweek peak at $220.2 billion Oct. 15., the market has tapered downwards and has continued evenly around the $210 billion mark for several days.

A new report from Big Four auditor Ernst and Young has found that among the “top” initial coin offerings (ICOs) that raised capital in 2017, 86 percent of project tokens are trading below their listing price, with 30 percent having lost “substantially all value.” Beyond investment returns, the auditor found that only 29 percent of studied projects had either a working product or prototype – up just 15 percent from at the end of last year.

In other altcoin news, developers at Ethereum – the platform the underpins most ICO tokens – yesterday reached a consensus to delay a planned hard fork of the protocol until January 2019. The fork, dubbed “Constantinople,” was supposed to be activated by the end of Oct.-Nov. this year, but faced a number of hurdles during its testnet trial last weekend.