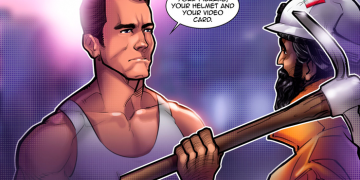 US Sanctions on Iran Crypto Mining — Inevitable or Impossible?

US Sanctions on Iran Crypto Mining — Inevitable or Impossible? 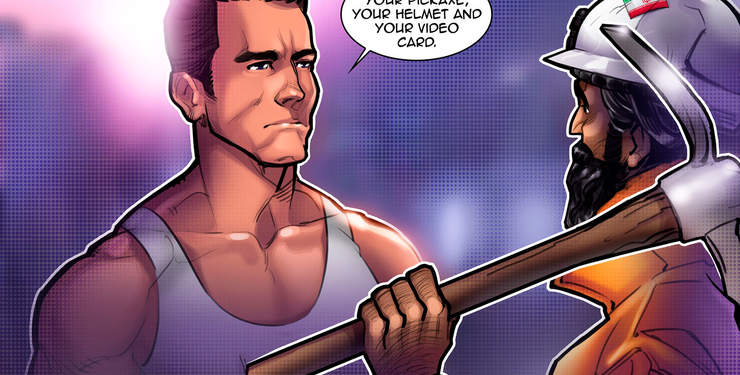 If there’s one thing the United States has had a history of, it’s imposing sanctions on its enemies. Venezuela, Cuba, North Korea, Russia and numerous other nations have been subject to restrictions and penalties over the years, with the U.S. harnessing its economic muscle in order to punish pretty much any country that doesn’t play by the international rulebook. One of the most notable of these countries is Iran — which, since the Iran hostage crisis of 1979, has been on the receiving end of a long series of prohibitions, blocks and sanctions.

Some of these sanctions were lifted in January 2016, when the then-President Barack Obama, signed an executive order revoking them as part of the previous year’s historic nuclear deal with Iran. However, they were reinstated in November 2018, five months after the current president, Donald Trump, had decided to withdraw the U.S. from the aforementioned deal. And since then, things have only picked up steam, with the Trump administration announcing new sanctions in June in retaliation for the downing of a U.S. drone and then with American lawmakers introducing a bill in December that would place restrictions on Iran’s ability to operate a digital currency.

Following in the footsteps of Venezuela, the Iranian government is reportedly planning its own central bank digital currency, while a significant number of Iranian citizens have been mining various preexisting cryptocurrencies as part of an effort to mitigate the effects of a hyper-inflating national currency, the rial. But even if Iran could be distantly admired for demonstrating some degree of ingenuity here, the U.S. is working out how to curtail the Islamic Republic’s ability to profit from cryptocurrency. Iranian officials complained at the beginning of July that the U.S. Congress is aiming to block Iran’s access to Bitcoin (BTC) mining and other cryptocurrencies more generally, without specifying how exactly it intends to achieve such an aim.

But while there’s little doubt that the U.S. would much prefer Iran to have no access whatsoever to cryptocurrency — as well as no ability to mint its own digital currencies — it doesn’t seem likely that it can do anything to restrict the Middle Eastern country other than introducing sanctions that prohibit American and foreign firms from having crypto-related dealings with the Islamic Republic.

On July 6, local news outlet Al-Fars reported that the Iranian assistant minister of industry, trade and supply, Saeed Zarandi, released a statement concerning cryptocurrency. In it, Zarandi noted that Bitcoin can be used as a tool to circumvent the American embargo, while he also claimed that the U.S. Congress is trying to prevent the production of Bitcoin in Iran.

How exactly American lawmakers are hoping to do this, he didn’t explain. Nonetheless, he did add that several Iranian ministries are collaborating with the Central Bank of Iran to “resolve the issue of Bitcoin mining,” while more recently, the central bank’s governor announced that the government is planning to legalize mining, which it had previously been cracking down on. This would imply that the Iranian government is now intent on encouraging the use of cryptocurrencies as a means of resisting American-led pressures while also planning to develop its own central bank digital currency.

Given this possible change of direction, it would be instructive to consider how the U.S. could possibly restrict or prevent cryptocurrency mining and production from taking place in Iran. Or, to put this question differently, it would be instructive to consider just how much real power the U.S. government could potentially wield over Bitcoin and other cryptocurrencies.

When it comes to technical ways of preventing cryptocurrency mining and use, Bitcoin and blockchain experts argue that this would be very difficult for even the U.S. government to achieve. As Bitcoin Core developer Jimmy Song explained to Cointelegraph, the success of such an endeavour would be unlikely, as every country in which mining takes place will have to get involved. According to Song:

“A ban would require coordination on a massive scale, with every mining operation being compelled by their respective jurisdictions to not accept blocks that their governments ban. It’s really difficult to do, as anyone anywhere can mine. They would need at least 51% of the network, though practically speaking, the number would have to be much higher, like 75%, to enforce this ban in a reasonably efficient way.”

As Song concluded, “Too much mining power is outside the U.S. and it’s hard to prevent anything in a decentralized system.” This point is key, since the only realistic scenario in which the U.S. government could block cryptocurrency mining is if the activity took place only in the United States, as explained to Cointelegraph by Spencer Lievens, the CEO of Duality Blockchain Solutions:

“ISP providers can be required to block mining pools or anything related to mining. However, governments will have more luck in preventing mining in the countries they control than in preventing the mining of other, sovereign nations.”

Thus, it’s highly unlikely that America could prevent Bitcoin or cryptocurrency mining directly, as there’s no way it could gain control of Iran’s internet or gather enough hash power to reject blocks originating from Iran. Similarly, Song also believes it’s highly improbable that it could prevent Iran from developing and producing its own digital currency, largely because the Iranian government or central bank would control this currency’s blockchain. “Iran can produce its own digital currency anytime it wants and no one can stop it,” he said.

Other Bitcoin developers agree with Song’s analysis, with fellow BTC developer Nicolas Dorier telling Cointelegraph in no uncertain terms, “It is not possible to prevent mining.” However, both Song and Dorier agree that there are indirect ways of restricting cryptocurrency mining in Iran and of frustrating the Islamic Republic’s attempts to profit from its own digital currency. For one, Dorier agrees that the U.S. could “prevent American miner manufacturers like Bitfury from selling their products to Iran, but there are many other miner manufacturers (e.g. in China).”

In much the same vein, Song adds that, while Iran could certainly produce its own currency without much harassment from the U.S. and its agencies, “getting other people to accept that as a means of payment or getting them to store their wealth in it is another matter altogether.”

In both cases, the issue once again turns to sanctions — something that the U.S. has already deployed in curtailing Venezuela’s ability to make a success of the ill-fated Petro. The U.S. could certainly pass legislation or an executive order that prohibits American citizens from purchasing any Iranian digital currency, and such legislation could potentially also prohibit any kind of transaction with the Iranian cryptocurrency sector, thereby making it harder for Iranians to access mining equipment, for instance.

Related: CBDCs of the World: The Benefits and Drawbacks of National Cryptos, According to Different Jurisdictions

In fact, this is indeed what the U.S. is attempting to do, as the “Blocking Iran Illicit Finance Act” — which is currently working its way through Congress — intends to make it very hard for Iranian crypto to exist. For instance, Section 303 of the act declares, “All transactions related to, provision of financing for, and other dealings in Iranian digital currency by a United States person or within the United States are prohibited.” And the act doesn’t stop with U.S. citizens. Section 304 states:

“The President shall impose 5 or more of the sanctions described in section 6(a) of the Iran Sanctions Act of 1996 with respect to any foreign person that the President determines knowingly engages, on or after the date of the enactment of this Act, in a significant transaction for the sale, supply, or transfer to Iran of significant goods or services, or technological support, used in connection with the development of Iranian digital currency.”

Put simply, the Blocking Iran Illicit Finance Act will prohibit any U.S. citizen or foreign person from buying an Iranian digital currency or helping with the development of this currency. This doesn’t specifically address Bitcoin mining, but it’s probable that there will be some jurisdictional overlap insofar as equipment sold to Iranians to mine Bitcoin could potentially be construed as being used in connection with the development of an Iranian cryptocurrency. As such, the act may have an impact on the production (i.e., mining) of Bitcoin in Iran — at least, to the extent that it prevents American mining manufacturers from selling relevant equipment to Iranian organizations.

However, even if the act succeeds in preventing such manufacturers in most countries from selling mining units to Iran, even this might not prevent Bitcoin or cryptocurrency mining from taking place in the Islamic Republic. As Dorier put it, “Manufacturing miners is a well-understood process, so if there is unmet demand somewhere, I don’t think it would be too hard for a motivated entrepreneur to create or smuggle the supply.” Lievens added to this point:

“There’s always a way around blockages. The US would have to control Iran’s digital infrastructure. With Iran seeing support from Russia, this is an unlikely scenario.”

Indeed, if Iran is capable of building its own atomic weapons (as is often claimed), then it will certainly be capable of building its own ASIC chips and mining units. Then again, if the Blocking Iran Illicit Finance Act is passed, it will certainly find it much harder to profit from its own digital currency, with or without the ability to mine crypto. Just ask Venezuela.

‘No Way the Current System Can Survive’