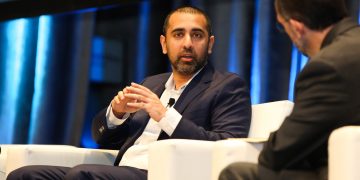 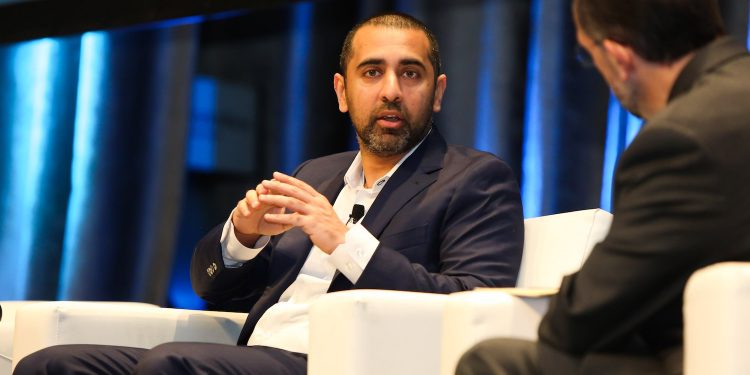 Coinbase has revamped its policy for listing new cryptocurrencies, replacing an ad hoc process with one the startup hopes will rapidly expand the range of assets traded on its exchange.

Announced Tuesday, the new system allows almost anyone to submit a cryptocurrency through an online form for evaluation under the company’s digital asset framework. Those that meet the criteria may be listed, although not necessarily available right away to all Coinbase customers.

That’s because listings will be added on a jurisdiction-by-jurisdiction basis, rather than supporting all assets globally as Coinbase has done up until now. As a result, some coins won’t be available for Coinbase customers to trade in places where local regulations either expressly forbid them or are unclear about their legality. It’s not unlike Netflix streaming certain movies in one country but not another for copyright reasons.

Previously, there was no formal mechanism to request a listing, and some organizations would reportedly lobby Coinbase to support their assets. As such, the change represents a welcome mat of sorts to crypto development teams from a company whose mainstream popularity potentially offers unparalleled exposure.

“We’re now actively reaching out to asset developers with this,” Coinbase CTO Balaji Srinivasan told CoinDesk. Referring to the creators of the first two digital currencies the company listed, bitcoin and ethereum, he added:

“Satoshi and Vitalik [Buterin] were not Coinbase customers. But all future and current asset creators and developers are. So it’s like we’re becoming a two-sided marketplace.”

In this marketplace, Coinbase will charge an application fee and an additional fee to list approved assets. Srinivasan would not say how much they will be but said they wouldn’t be prohibitive.

Further, the application fee is only meant to deter spam, he said, and the listing fee will cover the cost of due diligence. “We do not want that to be a burden that deters people from listing new assets with us,” Srinivasan said.

In the meantime, Srinivasan confirmed Coinbase is still evaluating cryptocurrencies such as ada, lumens, and zcash, which may be rolled out globally or selectively depending on specific regulatory requirements.

Yet aside from regulatory and technical considerations, the main listing criterion for Coinbase is market demand.

“We want to make sure that our customers are there,” Srinivasan said. The three big questions are “A) is it legally compliant? B) Is it technically secure and innovative? C) Do our customers want it?”

Coinbase may be breaking ground here, as jurisdiction-by jurisdiction asset listings appear to be a rare practice among crypto exchanges.

“If you’re Ford or you’re Apple or you’re Google and you want to sell your stuff worldwide, you actually do worldwide compliance,” he said, noting that such brands tend to customize their terms of service for specific countries.

While it’s “a smart play” that minimizes legal risks while allowing a company to engage in selective market testing, Palley added:

“It’s a pain in the ass and it’s expensive.”

Indeed, putting this policy into practice is likely to add a layer of complexity to Coinbase’s operations, as the company will have to make sure that customers are not trading assets that their local regulators don’t allow.

Crypto exchanges have already faced similar challenges in preventing their sites from being accessed in U.S. states where they aren’t licensed to do business.

“While geoblocking may help prevent crypto companies from inadvertently becoming subject to certain rules and regulators, even that precaution may not be enough,” said Justin Steffen, a litigation partner at Jenner & Block LLP. “The New York Attorney General’s recent report on crypto exchanges, for example, noted the lack of exchanges that limit VPN access.”

When asked about this, Srinivasan said Coinbase “will do whatever is necessary to remain compliant with local law. This may mean using [customer identification] details in addition to or as a supplement to IP address. (I.e., enforcing restrictions based on a customer’s country of residence/bank account).”

There are still many questions to be answered about how this switch will impact Coinbase users.

For instance, will moving from California to New York mean a customer loses access to assets she purchased on Coinbase? Also, if Coinbase does block VPNs, that could be a turn-off for privacy-conscious users, or, say, Americans traveling to countries like China or Iran with restricted internet service, where “tunneling” is the only way to access regularly visited sites.

Further, a handful of people at the company are responsible for evaluating these assets, and Srinivasan declined to specify what benchmarks they will be expected to hit or how internal policies will prevent insider trading. Accusations related to such alleged conflicts of interest plagued the company in the past when it came to assets such as bitcoin cash and litecoin, the latter of which was created by former Coinbase employee Charlie Lee.

Finally, it remains to be seen how the crypto community will react to the idea of Coinbase charging teams a fee for listing, given that high fees at some exchanges have sparked controversy in the past and charges of “pay to play” practices.

But Marshall Swatt, founder of the institutional crypto asset exchange Swatt Exchange, told CoinDesk that listing fees are a standard part of running an exchange.

“Every major exchange of financial instruments — such as the equities industry — charges listing fees. It is extremely costly for an exchange to onboard a new instrument, and there is no way to avoid that cost,” Swatt said, adding:

“Every new blockchain adds risk to an exchange’s operations. I’m wholly in favor of an exchange charging a listing fee, and I don’t see any ethical or other issues with doing so. Whether they let the market decide the fee, or set a flat fee, or some other reasonable arrangement is completely appropriate.”