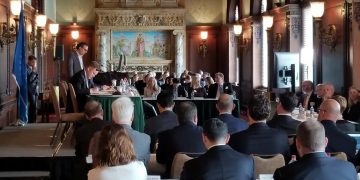 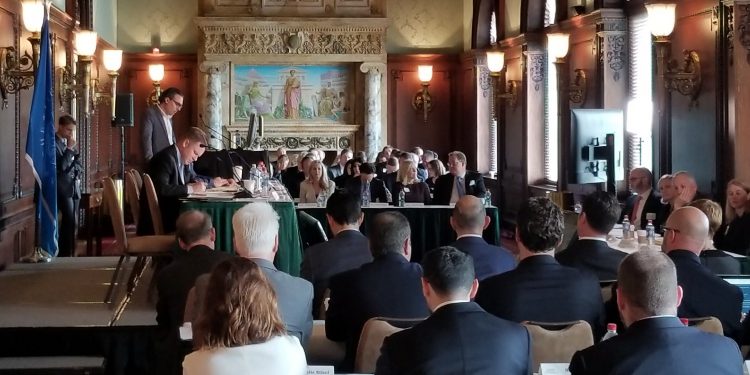 Some 80 representatives from the cryptocurrency and traditional finance industries trekked to Washington, D.C. on Tuesday with a singular message for U.S. lawmakers: we need regulatory clarity on cryptocurrencies and initial coin offerings (ICOs).

That message was fully on display during the “Legislating Certainty for Cryptocurrencies” event held this week at the Library of Congress. Over the course of the morning and early afternoon, stakeholders outlined the difficulties they face when launching projects and products in the U.S.

The culprit behind their woes: uncertainty as to when cryptocurrencies are treated as securities and how startups should approach compliance more broadly.

Members of Congress, it would seem, are receptive to their complaints. Congressman Warren Davidson, who hosted the event, positioned the forum as a round-table discussion to solicit input from the industry on these very points. A spokesperson for the lawmaker told CoinDesk that Warren intends to introduce “light touch” legislation sometime within the next three weeks.

“Your input is critical to helping us preempt a heavy-handed regulatory approach that could stall innovation and kill the U.S. ICO market,” Davidson told attendees during his prepared remarks.

“With a thoughtful, bipartisan approach that protects consumers, advances free market solutions and defines safe-harbors for the early stage innovators, Congress can send a powerful message around the world that the U.S. is the best destination for ICO markets.”

The issues at hand

At the heart of these debates is a desire to advance cryptocurrency adoption within the U.S. However, as CoinList general counsel Georgia Quinn noted on Tuesday, there is a dearth of clarity guiding these developers.

The issues range from how cryptocurrency gains are taxed to whether someone crypto startups qualify as money transmitters. What’s more, there’s a question as to the U.S. government itself can take advantage of the nascent technology.

The SAFT framework, he said, was an attempt at finding a way to conduct token sales without running afoul of securities laws.

He went on to explain:

“The SAFT project was launched around this time last year. We did not invent it by any stretch … for those of us who were involved in the early project, I think we all realized it was not an ideal solution. As Coin Center put it, it was the symptom of regulatory uncertainty. It was not the best we can do. It was the best we could do.”

An acknowledged barrier to positive action was once again highlighted during the event: the need for lawmaker education.

As Representative Darren Soto put it, most lawmakers in Congress aren’t exactly opposed to the technology – they’re just very unfamiliar with it.

Indeed, Davidson joins a growing group of U.S. lawmakers who believe that some form of accommodative legislation is necessary to spur development around cryptocurrencies.

He’s not alone. Just last week, Representative Tom Emmer, one of the guests at the forum and the newly-named co-chair of the Congressional Blockchain Caucus, proposed a trio of bills aimed at encouraging innovation without unfairly penalizing those who seek to launch token sales or otherwise transact with cryptocurrencies.

While one of Emmer’s bills focuses on the taxation of cryptocurrency investment gains, Representative Kevin Brady and the House of Representatives’ Ways and Means Committee sent a letter to the Internal Revenue Service last week requesting that the nation’s tax agency publish comprehensive guidance for U.S. residents – something the IRS hasn’t done to date.

Quinn told CoinDesk that she was unsure what sort of legislation may be required in the end. Her goal at the forum, she explained, was to advocate for “thoughtful” legislation that may apply to a variety of tokens, rather than just adding a number of new regulations which may lead to further confusion and uncertainty.

“This concept of regulation by enforcement is really not helping us. When you look at the cases being brought, they are the low-hanging fruit, it’s the scammers, the liars … It’s not giving me any primers on how to operate a business,” Quinn explained during the forum.

Providing this clarity can help the U.S. as well as startups, ConsenSys’s Joyce Lai said, explaining that many startups may choose to set up shop in a friendlier country to avoid facing penalties for potential legal violations.