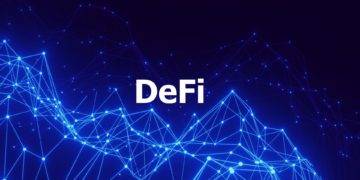 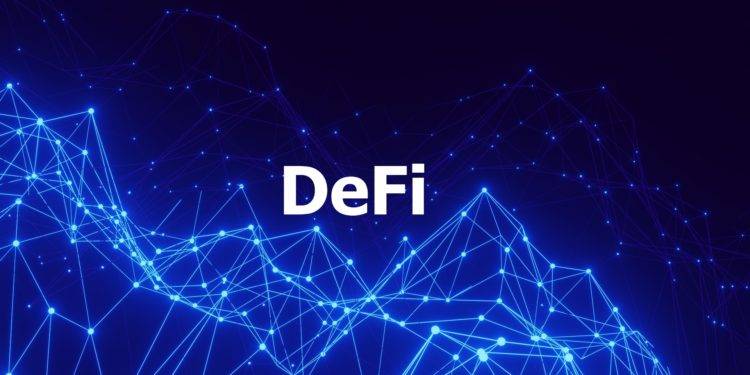 If you look at the growth in Decentralized finance (DeFi) over the last few years, it seems to have slowed down.
DeFi isn’t going mainstream because it has a high barrier to entry and because there are more than 100 different chains for people to buy and sell things.
Cross-chain service providers are trying to make it easier to get money from any DeFi protocol.
People are excited about EYWA, which is one of the promising solutions. It wants to make it easier for people to make new cross-chain DeFi protocols by giving them access to the liquidity of multiple blockchains at once.

This is a short history of DeFi:

Even though Bitcoin’s motto in its early days was “Be your own bank,” the first blockchain was only used to make simple transactions between users without a trusted third party. When you go to a bank, you can get a wide range of financial services, including more complicated services like borrowing money, saving money, and trading currencies and securities. Putting these services out of reach for Bitcoin’s blockchain was only possible when other smart contract-enabled blockchains came along.

2018 was a big year for decentralized financial apps. The term “decentralized finance” (DeFi) was used to describe the new field. It was in 2020, though, that most of the rapid growth of DeFi took place. According to data from DefiLlama, there are more than $210 billion worth of digital assets that are locked in different DeFi protocols at the moment.

What is stopping more people from using DeFi?

It sounded great to many people at first, but the rapidly growing DeFi sector, which was heavily relying on the Ethereum blockchain at the time, soon ran into its first problem. The infrastructure was not able to handle as many complicated operations as the users wanted to have done.

With the help of a lot of Layer 2 solutions and new, more efficient, and more scalable networks, we can say that scalability has been solved.

Another reason many investors didn’t use the full potential of new DeFi solutions is because the industry has a very high barrier to entry. DeFi services still require a lot of time to learn about staking pools, learn about impermanent loss, and find good deals in the opulence of available DeFi apps. Lower network fees have largely eliminated the financial barrier to getting started.

However, some projects have been able to solve this problem by providing concentrated learning materials and improving the usability of their apps. But there is one more thing that stops the DeFi sector from growing even more. This is because there are so many different blockchain ecosystems in the space.

The total value locked (TVL) figure of $210 billion looks huge at first glance, but when you take into account that this value is spread out across a number of different blockchains like Ethereum, Terra, BSC, Avalanche, Solana, and so on, this figure isn’t nearly as high as it first appears. In addition, many blockchain projects don’t build bridges between networks that are seamless and functional. Instead, they try to get developers to keep money in their ecosystem.

This is just one example: Fantom, Algorand, and Near Protocol have spent more than $1 billion in the last year to improve their DFI ecosystems. While some of the money was used to help cross-chain projects, the majority went to help DApps on their own blockchains.

DeFi’s growth has been slowed down by a lack of compatibility between networks, long transaction times, and sometimes even extra fees for inter-blockchain transactions. Addressing this problem is very important for DeFi to have a chance of becoming more popular. Most newcomers don’t care which blockchain processes their transactions, but just that they get done quickly, securely, and at a reasonable price.

Projects that address the problem of DeFi Liquidity Fragmentation

However, there are projects that already have a lot of progress made on them, and they’re ready to solve this problem. Poly Network, Axelar Network, Connext, ChainBridge, Cosmos HUB, Chainlink, and EYWA are some of the projects that are working on this problem. There are, however, many teams working on bridges to their own blockchains or working on blockchain-specific interoperability problems. Only a few projects have tried to solve the interoperability problem in general.

One of these projects is EYWA, a group that wants to make the DeFi experience better for people outside of single-chain ecosystems. In spite of getting grants from Harmony, NEAR and Algorand, EYWA promises to stay independent and not choose one blockchain over another. The EYWA team of blockchain and financial experts thinks that DeFi is the future of a global financial system, so they are building a service that is universal and easy to use across all the different blockchains. This will help the development of the next generation of cross-chain DeFi protocols. The company also places a lot of emphasis on accessibility and wants to make its products available on any type of computer or smartphone.

People who work for the EYWA have set goals and a plan for 2022.

Up until now, the EYWA team has built and tried out the EYWA DEX. Connected: The DEX has been linked up with the Ethereum Rinkeby, BSC, Polygon, HECO and Avalanche. Cross-chain pools have been set up. In addition, the platform allows gas-free transactions on all chains. People who use EYWA, which has more than 140,000 users, are going to get a lot of new features in 2022.

People expect the mainnet launch of a stable version of the EYWA protocol and the creation of a decentralized autonomous organization (DAO) in Q2 2022. The DAO will be in charge of governing and overseeing all major blockchain connections in the ecosystem. Between now and the end of 2022, the team also plans to build an NFT cross-chain bridge and trading platform, as well as add Cosmos, Terra, and other EVM-based blockchains.

There are a lot of things that make the EYWA Token useful and interesting:

Also, the EYWA team is working on getting ready for the launch and distribution of the EYWA utility token in May, which is when the protocol will go live and the DAO will be set up. Cross-chain calls will be paid for with the solution’s own token, which will also be used to reward liquidity providers who join EYWA’s cross-chain pools. In addition, people who own EYWA tokens will be able to earn more money. People who own at least 100,000 EYWA in the protocol’s smart contract will get access to the EYWA Relayer Network Node, which gives them a fixed yield and a share of the network’s income from cross-chain calls. In a nutshell, EYWA will make sure the platform runs smoothly, is safe, and isn’t controlled by anyone else.

In the beginning, the total number of EYWA tokens will be limited to 1 billion. In the future, more tokens could be made if the DAO decides to do so. In the beginning, 120 million tokens (12 percent) will be given to the core inventors from a private funding round, and only 20 million tokens (2 percent) will be sold to the public. Astonishingly, 58 percent of the supply will be kept in the DAO’s treasury. This money will be used for yield farming, staking rewards, grants, marketing, governance incentives, and strategic funds.

After the mainnet launch, early EYWA users and testers of the cross-chain functions will get a share of the 10 million tokens (1 percent of total supply) reward pool that will be given to them. The product’s alpha testing will be done in a game-like way, where each tester will get points for their work. The EYWA team will make a bunch of unique NFTs and give them to the testers. The testers who have helped the most with the product development will get the rarest NFTs. Other than that, people who haven’t done a lot to help the project will get more common collectible items.

People who come up with cross-chain solutions are going to help DeFi in the long run.

Cross-chain services are very important if we want to see DeFi applications become popular and change the way money works. A lot of projects have tried to solve the problem of liquidity being split up between different DeFi chains by taking a universal approach. EYWA is one of them. EYWA also wants to make decentralized finance easy, accessible, and understandable even for people who aren’t very familiar with it. It does this by putting together the best that has been done in DeFi so far.