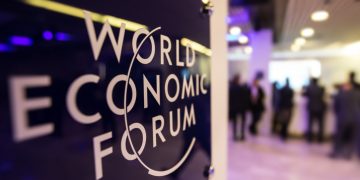 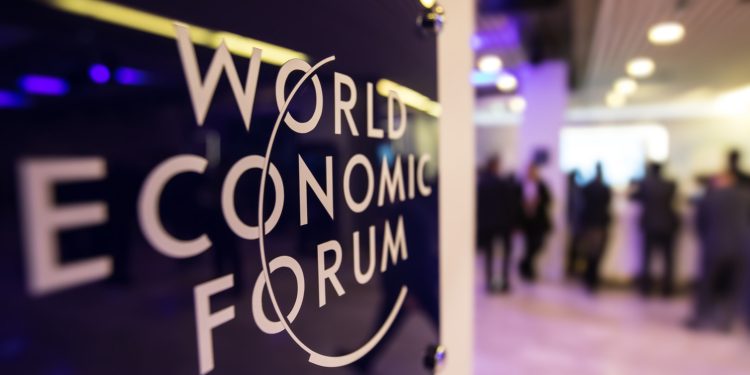 More than 40 central banks worldwide are experimenting with blockchain technology, says a new report by the World Economic Forum.

Published Wednesday, the report analyzes how different central banks are either examining what blockchain can be used for or are outright experimenting with central bank digital currencies (CBDCs).

“It’s very much the case that several central banks are looking at this,” said Ashley Lannquist, a project lead in blockchain and distributed ledger technology at the World Economic Forum and the primary author of the report.

She counted at least 44 different central banks that are exploring, researching or actively experimenting with blockchain technology, with an eye to potentially issue a digital currency in the eventual future.

“Pilot and experimentation work thus far on this subject has yielded some mixed results, some optimistic results, and the summary of where we are right now is that central banks are proceeding with caution, yet highly involved in research,” Lannquist told CoinDesk.

At present, these banks have to navigate a host of technical and policy issues, she said. On the technical side, the institutions need to ensure that their new systems work as intended and whether they are preserving data accurately.

Other questions pertain to the policy aspects, including a central bank’s monetary policy. These issues need to be studied to avoid any unintended consequences, Lannquist said.

Those caveats aside, present trends bode well for CBDCs, she said:

“I’d say in the next couple years, speculating towards the future and being a bit conservative, I would expect a couple central banks to issue a central bank digital currency and that’s because we know that at least a few are.”

The National Bank of Cambodia, for example, plans to incorporate blockchain technology for its national payments system by the end of this year.

As Lannquist’s report notes, the bank is looking to tackle two issues: many of the nation’s residents are underbanked or unbanked entirely, and the banking system itself is not very efficient.

“They currently have a very fragmented domestic payment system and many [residents] are unbanked,” she said. “Instead of using the bank they use private payment apps that don’t even use the bank so they sometimes can’t pay each other.”

What’s perhaps most surprising about Cambodia’s plans is the fact that the bank is not going to start with a pilot program, but rather a large-scale deployment with 10 banks.

Not a lot of central banks were aware of Cambodia’s work, Lannquist said. The purpose of the white paper was to share this information – as well as what efforts other central banks are working on.

Another example came from France.

“The Bank of France has actually been using ethereum with smart contracts [and] a private ethereum implementation,” Lannquist said. “It’s one of the first production deployments of ethereum in the world and it was by a central bank.”

The bank has replaced its process for provisioning and sharing Single Euro Payments Area Credit Identifiers (SCIs) with the blockchain-based system, which has been operational since the end of 2017.

Much of the WEF’s efforts in the crypto space have centered around facilitating communications among central banks, Lannquist added. Many of these institutions have been quietly researching the space for three or four years, with “a surge in 2016.”

“We’ve been trying to help those that are new catch up,” she said, by connecting central banks new to the field to those that have already been researching blockchain use cases.

Best known for its annual conference in Davos, Switzerland, WEF also introduces many of these banks to experts in the crypto space, as another aid to the spirit of collaboration, she said.

“We’re connecting the blockchain technical community to the central banks to help them. I host webinars and in-person meetings periodically so we connect these experts to the banks,” Lannquist said. “We bring in academics as well. It’s shown to be quite valuable to central banks thus far and will hopefully [continue to be helpful].”

Wednesday’s paper was produced in part thanks to this collaborative effort.

Still, at least for now central banks are quietly looking into blockchain tools. Lannquist said she expects to see continued progress in the coming months, but more importantly, she hopes that “some conclusions [are] being drawn.”

Specifically, she hopes each of the central banks looking into distributed ledger technology will conclude whether it finds the technology useful or not, and why these banks reach whichever conclusion they do.

“The faster we can get to those conclusions, the better in terms of getting that research,” she said.

One area that will probably benefit from DLT-based systems, including central bank digital currencies specifically, are emerging markets – like Cambodia. At present, domestic interbank payments and settlements in many developing economies are inefficient, Lannquist explained.

“This is where the commercial banks are sending transactions to each other but they have to go through a central bank, another place where they can be more efficient,” she said, adding:

“[DLT payment systems] would support the economy and support them, and then finally related to retail central bank digital currencies, many countries have quite segmented payment systems and having a unified, even if domestic or even better cross-border [remittance system] could decrease the cost of digital payments.”

CBDCs that are a digitized form of a fiat may also be easier for residents to use, which would aid the central banks issuing currencies, Lannquist said.

“They would be able to send payments in their fiat currency than the dollar more easily,” she said.