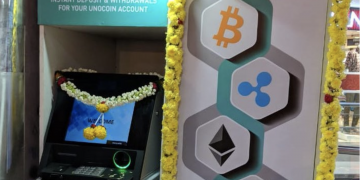 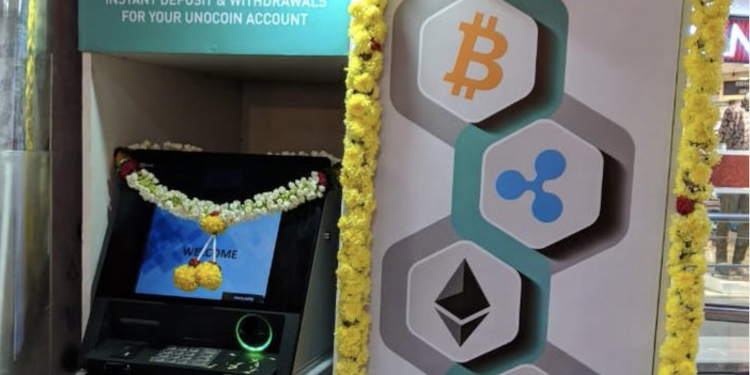 Indian regulators’ clampdown on cryptocurrency businesses is forcing the exchange startup Unocoin to experiment with stablecoins and ATMs to continue receiving fiat deposits from customers.

Unocoin co-founder Sunny Ray told CoinDesk his company hasn’t been able to transact through regular banking channels with its 1.3 million customers for several months, after the Reserve Bank of India (RBI) banned banks from working with crypto or crypto companies in April.

Most recently, Unocoin set up an ATM in a Bangalore mall where customers can deposit rupees to their exchange accounts without a bank or credit card. In the coming weeks, Unocoin will open a few more ATMs in Mumbai and Delhi.

Also, some users are quickly transferring their rupees to the ethereum-based TrueUSD token, which Unocoin began supporting in August, then using it to purchase bitcoin or other assets down the line when the price feels right. As a so-called stablecoin, TrueUSD is designed to maintain parity with the U.S. dollar.

For customers outside Bangalore, support for stablecoins may provide an indirect way to add or hold value in their Unocoin accounts without quite as much volatility, albeit it falls short of a fiat on-ramp. However, that transaction volume is still less than a few thousand TUSD per day.

“We never even considered that [stablecoins] before,” Ray said. “That’s more just like a stop-gap solution. It’s not like an actual, final solution to everything.”

As Unocoin investigates how to scale compliant ATMs, Ray said the team is also looking to expand to Malta and Canada, in case operating in India becomes impossible altogether, all while exploring the options for listing several new stablecoins.

Stepping back, an ongoing legal battle to overturn or alter this ban hasn’t yielded any results to date. Meanwhile, the ban is having a disastrous impact on India’s crypto community, with the popular exchange startup Zebpay abruptly shutting down late last month.

“The crypto community is suffering from this ban as there have been instances where the bank accounts of individuals have been closed who were found to be dealing in cryptocurrencies.”

The crackdown has been so severe that Raza said it has created a misconception in India that bitcoin itself is outlawed, even though the ban only applies to entities governed by RBI.

“From a regulatory perspective there hasn’t been any real clarity,” Ray said. “We as a company are working on a couple of solutions.”

None of this should imply that Indian crypto startups are now operating in a black market. To the contrary, Raza said exchange accounts can sometimes require more know-your-customer (KYC) paperwork than opening a new Indian bank account. Many see the ban as an inconvenient pause, not a death knell.

“Given the fact that the Indian government seems to be in favor of the technology behind virtual currencies, the crypto community is quite hopeful that [banking crypto companies] will be regulated in future,” Raza said.

Plus, Unocoin’s ATMs allow for regulation-conscious investors like Karthik Reddy of Blume Ventures, who praised the new ATMs in a press statement, to keep detailed records of their crypto portfolios while still depositing fiat currency as needed.

On the other hand, the ban has certainly invigorated peer-to-peer trading. Indeed, the P2P exchange WazirX reached a new daily trading volume peak of 50 BTC in September 2018. At the same time, the global P2P exchange LocalBitcoins reached nearly $1.5 million in weekly Indian trading volume at least three times since August.

And there’s even silver lining for Unocoin, which has seen up to 500 new account registrations every day ever since Zebpay closed its doors.

“It’s almost kind of freeing in a way because there are a lot of people in India that don’t have online banking,” Ray said. “Almost everybody in India uses cash, so it might in an odd way open us up to an even bigger market.”

Still, speaking to how restricting crypto companies that seek to serve a country of 1.3 billion could affect global adoption, Ray concluded:

“Innovation is being squashed in a country where one in seven people live.”