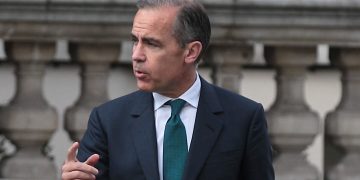 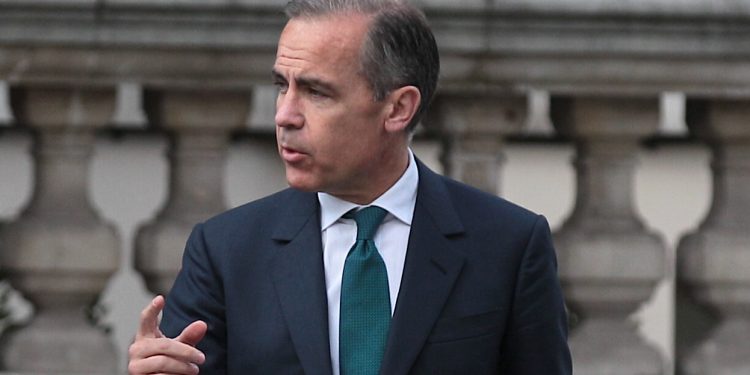 Speaking at the Economic Policy Symposium in Jackson Hole, Wyoming, on Friday Carney discussed the need for a new international monetary and financial system (IMFS), noting that while the U.S. dollar has played a dominant role in the world order over much the past century, recent developments such as increased globalization and trade disputes may have stronger impacts on national economies at the present moment than they would have in the past.

Carney highlighted the dollar’s use in international securities issuance, its use as the primary settlement currency for international trades and the fact that companies use dollars as examples of its dominance. However, “developments in the U.S. economy, by affecting the dollar exchange rate, can have large spillover effects to the rest of the world.”

“While the world economy is being reordered, the U.S. dollar remains as important as when Bretton Woods collapsed,” Carney continued.

Carney suggested a number of possible replacements to the dollar, including the Chinese renminbi, and most notably, a digital currency supported by an international coalition of central banks. He said:

“It is an open question whether such a new Synthetic Hegemonic Currency (SHC) would be best provided by the public sector, perhaps through a network of central bank digital currencies.”

“An SHC could dampen the domineering influence of the U.S. dollar on global trade,” Carney said.

Technology can disrupt the current network effects that protect the dollar, he explained, noting that an increasing number of transactions occur online and use electronic payments rather than cash.

While he did not explicitly reference cryptocurrencies, he did note that “the relatively high costs of domestic and cross border electronic payments are encouraging innovation, with new entrants applying new technologies to offer lower cost, more convenient retail payment services.”

One example is Facebook’s proposed Libra crypto project, he noted. The social media giant has proposed Libra as an payments infrastructure and stablecoin backed by a basket of national currencies.

“The Bank of England and other regulators have been clear that unlike in social media, for which standards and regulations are only now being developed after the technologies have been adopted by billions of users, the terms of engagement for any new systemic private payments system must be in force well in advance of any launch.”

While a digital currency might not yet be ready to replace the dollar as a global currency, “the concept is intriguing,” Carney said.

“It is worth considering how an SHC in the IMFS could support better global outcomes, given the scale of the challenges of the current IMFS and the risks in transition to a new hegemonic reserve currency like the Renminbi,” he said.

If this new SHC were to take on a greater share of global trade, “shocks in the U.S. would have less potent spillovers,” he suggested, adding:

“By the same token, global trade would become more sensitive to changes in conditions in the countries of the other currencies in the basket backing the SHC.”