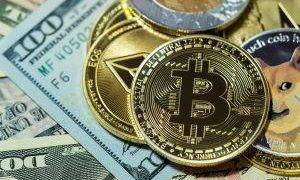 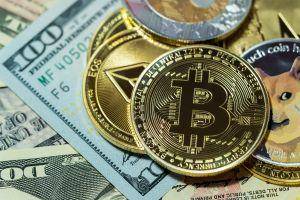 One of the most frequently heard criticisms of cryptography, at least from the general public, is that it is too ‘complex,’ ‘difficult to understand,’ and ‘opaque.’ While this position is comprehensible on a technical level, it misses the fact that the currencies that cryptocurrencies want to replace/supplement – fiat currencies – are themselves quite intricate, difficult to grasp, and opaque.

While everyone understands how to spend a dollar or a euro, relatively few comprehend how the monetary system that underpins the cash in their wallets operates. One of the most egregious examples of this is a 2014 survey conducted in the United Kingdom, which discovered that only 10% of MPs (i.e. those responsible for making laws) understood that the majority of money is created by commercial banks when they issue loans or credit, with 71% believing that only the government or central bank has the authority to create new money.

This demonstrates that, in comparison to the fiat monetary system, crypto is not as difficult to comprehend as you may believe (at least not on an economic level). And, according to a variety of experts interviewed by Cryptonews.com, fiat currency and cryptocurrencies are comparable in at least one other way: fiat currency has no more ‘fundamental’ value than bitcoin (BTC) or other cryptocurrencies, with both currencies’ value determined equally by demand and trust.

You’ve very certainly encountered some variant of the ‘Bitcoin/crypto is too hard’ argument. Even nominally friendly commentators such as Mark Cuban and John McAfee have made the case in recent years, claiming that such excessive complexity will prevent mainstream adoption.

The majority of proponents of this position, however, combine two distinct facets of Bitcoin and cryptocurrencies. They do this by examining the technical complexity (i.e. the cryptographic, blockchain-based feature) of Bitcoin and other coins and assuming that this complexity extends to their macroeconomics.

This idea, however, is incorrect, as Hanna Halaburda, an associate professor of technology, operations, and statistics at New York University’s Stern School of Business, explains.

“Cryptocurrencies and fiat money are complex in different ways. Fiat cash is simple to use (at least the modern type) because you see what you have and what you spend,” she tells Cryptonews.com.

“By contrast, cryptocurrencies often adhere to a pretty simple monetary policy (issuing of new coins). However, they are more complicated to use – for example, you must remember passwords for your wallets; if you copy the recipient’s address incorrectly, the money may vanish, and there is no one to call to rectify it,” she says.

Indeed, Bitcoin’s monetary structure is exceedingly simple to comprehend: new BTC are produced with each new block (at a decreasing pace) until the total quantity of 21 million mined bitcoins is reached. That is all, whereas monetary policy in the United States or any other country or region is not only dynamic, but also complex (e.g. M0, M1, M2 and other kinds of money).

At the same time, the majority of industry players are convinced that the initially complicated user interfaces and experiences associated with cryptocurrency will become less complex over time.

“Just as technology evolved to make the Internet so simple to use that it became mainstream, crypto technology is changing and is on the verge of mainstream adoption,” says Lou Kerner, a partner at Blockchain Coinvestors and the Head Crypto Analyst at Quantum Economics.

Kerner further notes that, as a result of the openness and immutability of blockchain technology, Bitcoin is incredibly transparent, as we know exactly how many bitcoins have been produced thus far. “Today, we have no notion how much money was printed,” he continues.

“It’s a common misconception that cryptocurrency is opaque. In fact, it operates on public blockchain ledgers and is one of the most transparent forms of value transfer,” he tells Cryptonews.com, while adding that it’s the very transparency of cryptocurrency that enables research firms such as Chainalysis to exist in the first place.

It’s also worth noting that just because something is difficult to grasp (at least technically), does not guarantee that people will be unable or unwilling to use it.

“The legacy monetary system is incredibly difficult to understand. Most people don’t have a clue how it works. But you don’t need to understand how a Toyota works to drive it, and the same goes with the dollar bill or a yen banknote or a pound deposit,” says crypto-economist JP Koning.

Another frequent criticism leveled at cryptocurrencies is their lack of basic worth. While this is true, a similar argument may be made for fiat currencies.

“By definition, fiat money has no inherent, fundamental worth. It is’supported’ by the policies of the issuing government. And it has shown to be an effective method for a large number of fiat currencies,” Hanna Halaburda explains.

Halaburda adds that because fiat currencies are required to pay taxes in a specific country, there will always be demand for them, at least during tax season. Apart from that, she continues, “fiat money has worth only because people assume that other people will believe in it in the near future.”

Halaburda refers to bitcoin as the “ultimate fiat money (in the literal sense),” but she disagrees with others who assert that it lacks basic value.

“Bitcoin and other cryptocurrencies provide a service that was not available before them – near-anonymous transactions online. In my opinion this is the fundamental value of Bitcoin,” she says.

Additionally, Lou Kerner asserts that cryptocurrencies have at least as much basic worth as fiat currencies, which he believes to be zero.

“The value of fiat currency, as well as bitcoin, is determined by supply and demand. There is also no backing,” he asserts.

However, in the case of fiat currencies, the lack of a basic basis of value will result in at least some of them losing all value.

“Because they create more fiat until people decide it no longer has value. That’s what bitcoin solves,” Kerner says.

Fiat currencies, according to Domenico Lombardia, Director of the Global Economy Department at Canada’s Centre for International Governance Innovation, lack intrinsic value because they are wholly dependent on trust in the central bank and/or government issuing them.

“Various central banks foster differing levels of trust. The latter is highest in regimes where the rule of law and the broader institutional structure within which a central bank operates are stringent,” he tells Cryptonews.com.

Lombardia argues that, for any cryptocurrency to compete with a fiat, it has to develop a framework able to generate trust in the ordinary user. “Without some form of regulation and supervision, that cannot be achieved,” he says.

However, not everyone in cryptocurrency feels that fiat currencies lack fundamental worth, with JP Koning pointing out that when a central bank issues new money, it typically purchases assets.

“It can use those assets to repurchase each and every unit of currency it has issued, so confirming the currency’s worth. And, if additional assistance is required, the central bank might request a raise in tax revenue from the national government,” he continues.

Naturally, this only applies to base money (M0, or money owned and issued by central banks), with the Bank of England noting in 2014 that bank deposits account for 97% of money in circulation. Additionally, it stated that “bank deposits are primarily created by commercial banks themselves” in the form of loans, meaning that the sole security for such money is the duty to repay it.

However, not everyone in the cryptocurrency community feels that fiat currencies lack inherent worth, as JP Ko demonstrates. The fact that few people are aware that commercial banks provide the majority of a country’s money supply should hopefully strengthen the realization that the fiat monetary system is at least as mysterious and opaque as crypto.

– The IMF Suggests That Raising Interest Rates May Reduce Individuals’ Appetite for Risk. And what about Bitcoin?
– The International Fiat Fund’s Negative Impact on Cash-Strapped Countries (FYI, El Salvador)