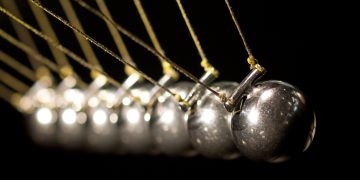 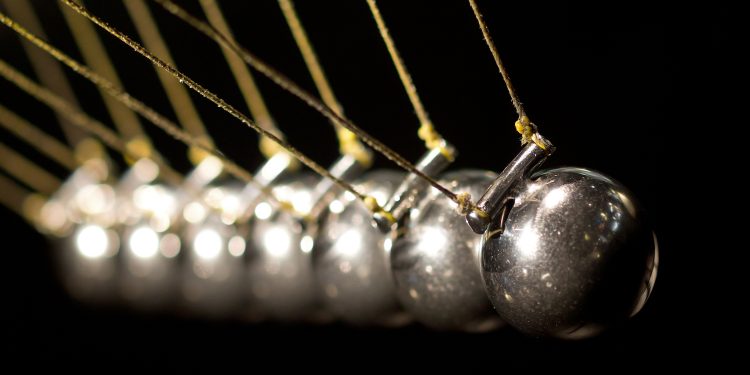 Last week’s kerfuffle over the launch-that-wasn’t of LedgerX’s physically delivered futures platform highlights two very important lessons, one obvious and one less so.

The obvious conclusion is that one needs to tread very carefully when it comes to claiming regulatory approval. LedgerX announced the launch of its retail physically delivered bitcoin futures platform, only to find that the Commodity Futures Trading Commission (CFTC) had not yet approved a necessary amendment to its clearing license. Tensions flared and the launch was subsequently walked back.

The confusion over the licensing process is a hindrance, but an understandable one given the complexity of the new products (physically settled bitcoin futures have many more moving parts than traditional futures, even beyond the custody issue). And the “ask for forgiveness rather than permission” approach to financial innovation is probably going to end up expensive.

Below I want to focus on the less obvious takeaway: the role of regulations in determining eventual market structure, and the danger of unintended consequences.

Apples and oranges and fruit

Obviously, established rules can encourage or discourage the take-up of new financial products. The LedgerX confusion, though, highlights a different type of barrier, also heavily influenced by regulation, but one based on relative risk rather than investor protection.

I’m talking about the difference between swaps and futures. In conversation with CoinDesk, Paul Chou pointed out that “the difference between futures and swaps is ridiculous, it’s the same product.” This is not true. While their hedging and speculative properties may be identical and their economic outcomes similar, in the eyes of regulators they are very different.

Before digging into why, let’s pull apart the semantics. A “future” is an agreement to pay a certain price for something at a fixed point in the future. A “swap,” on the other hand, is the commitment to exchange cash flows. In bitcoin, this could mean something as simple as “I’ll send you fixed payments in exchange for variable payments based on the bitcoin price.” Structured a certain way, the net effect could be the same as a futures contract.

But the markets are very different. Futures are standardized products that trade on exchanges. Swaps, on the other hand, evolved as bilateral contracts negotiated between two parties. They traded over-the-counter in opaque markets until the 2008 crisis revealed the size of the outstanding risk and the convoluted web of obligations that had not taken counterparty default into consideration.

The Dodd-Frank financial regulation bill, enacted by Congress in 2010, mandated that most swaps move towards a standardized model and be traded on and cleared by centralized intermediaries. The aim was to add transparency and reduce risk, while enhancing liquidity. The result was a bifurcated derivatives system that skews development momentum in the direction of futures.

Why? Because of cost.

Centrally cleared financial swaps require a much** higher margin than futures. In part, this is most likely due to the perceived relative illiquidity in swaps.

It could also be to compensate the additional risk to clearing houses. With futures, a trader will ask her futures commission merchant (FCM) to place a trade on a derivatives contract merchant (DCM), where it is executed and passed along to the clearing house. If a trader’s position goes spectacularly wrong, the risk to the clearing house is partially buffered by her funds held at the FCM and the margin deposited at the DCM.

With swaps, FCMs can be used, but they are optional and a relatively new feature. Often, a trader will enter into a contract directly on a swap execution facility (SEF), which will then pass it on to a clearing house. All else being equal, fewer buffers means greater risk which justifies a higher required margin.

In markets, however, all else is rarely equal, and some swap contracts are more liquid than some futures contracts, so there is considerable pressure to amend this rule as it is seen to unjustly favor futures over swaps.

Furthermore, swaps are almost exclusively an institutional product, whereas futures are also traded by retail investors. Most other financial regulations operate on the assumption that institutions understand and accept extra risk – asking them to pay more than they deem fair will nudge their business into other product types.

True, as always with financial regulation, there is a matrix of other causes and consequences to consider, and loopholes and exceptions keep lawyers busy.

But the point is that regulatory decisions in financial markets often have unintended consequences which affect capital formation. The higher cost of swaps compared to futures has led to the “futurization of swaps,” in which a swap is wrapped in a future and traded as such, with lower margin requirements. This favors DCMs over SEFs, since the latter cannot trade futures and therefore cannot enter into this type of regulatory arbitrage. Many complain that this does not mitigate risk, it just redistributes it, to the detriment of sector diversification.

Note that I am talking about non-crypto derivatives here. Bitcoin swaps and futures tend to have a much higher margin requirement than their traditional counterparts (maintenance margin for cash-settled bitcoin futures on the CME is 40 percent vs under 3 percent for gold futures). Rather than an attempt to dissuade investors from trading crypto products, this extra caution is deemed necessary given the assets’ heightened relative volatility. Fair enough.

As the contention mentioned above shows, we need to keep an eye on regulatory decisions within** an asset class; what’s more, not just on what the regulator is doing today, but on what the unintended consequences could be.

In the LedgerX case, we can glimpse the potential evolution of a sector structure that is probably not what either the regulators or service providers hoped for.

In taking extra care with LedgerX’s clearing license, the CFTC is shining a light on the role clearinghouses will have in the crypto ecosystem. This additional scrutiny, and the hoops and hurdles that are being imposed, could lead to crypto asset clearinghouse concentration further down the line, as scrutiny and hurdles create barriers to entry and add to operating costs. More clearinghouse concentration will increase** risk rather than decrease it, by centralizing the potential for something to go very wrong. In this case, the unintended consequences could be the opposite of the original goal.

An important factor is that LedgerX plans to sell bitcoin derivatives to institutional and retail investors. That generally makes the regulators sit up even straighter in their chairs, as protecting retail investors is a political imperative. So, we can expect even more care to be taken with settlement operations.

Another consequence of the delay is to give other potential competitors a chance to catch up: ErisX and Bakkt, both with bigger backers, are also gearing up to offer physically delivered bitcoin futures. I’m not saying this is the intention, it’s more likely to be another “unintended consequence,” but a greater choice for investors lowers risk overall.

In a fit of frustration, the CEO of LedgerX, Paul Chou, threatened to sue the CFTC over their handling of the approval. While it is generally not a good idea to be anywhere near Twitter when angry, attempting to sue the CFTC has precedent. In 2013, Bloomberg did just that over the “unfair” additional margin requirements for financial swaps vs futures that I mentioned earlier, which it saw as detrimental to the profit of its SEF. A court later threw out the suit.

I’m neither a lawyer nor a regulator, but it’s likely that the result would be the same should LedgerX press ahead with its stated intention. It would have a hard time arguing – as Bloomberg did – that the CFTC is favoring one product over another, thus putting its business model in jeopardy. The firm already trades swaps for institutional investors. The delay is affecting its intention to broaden its offering to include futures and options, and its target market to include retail investors.

It cannot even argue that the CFTC is anti-crypto. Outgoing Chairman Christopher Giancarlo has long been a thoughtful and informed advocate of innovation and blockchain technology’s potential.

It’s likely that tempers will calm and the fuss will blow over. The eventual launch of physically delivered bitcoin futures, whoever is first to market, will add a layer of maturity to a rapidly evolving sector by offering an alternative hedging mechanism in a format the market has been waiting for. That, plus the lessons learned along the way, will push the sector forward.

Meanwhile, we should all keep an eye on regulators’ actions – not on the obvious reasons, but on potential consequences and hidden messages. What they mask is often revealing.