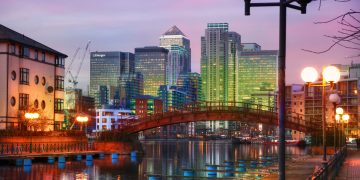 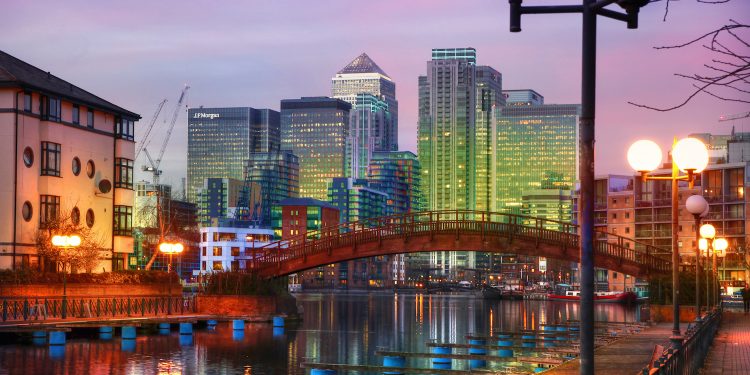 Fnality International is building the missing link in the banking blockchain.

In a recent interview with CoinDesk, Ram and other bank and tech executives involved in Fnality shed some light on the previously secretive project’s plans – starting with the role these tokens, still referred to as USC, would play in the enterprise blockchain ecosystem and the wider financial world.

What’s the point of representing fiat currency, the very thing bitcoin sought to usurp, on a blockchain? According to Ram, it’s a means to an end, not an end in itself.

He pointed to the many private blockchain projects trying to tokenize wholesale markets, either at the proof of concept stage or close to production. All are lacking one thing: fiat currency on the ledger.

In other words, it’s all well and good if a stock or bond zips around on a distributed electronic network, but if the cash side of the trade is being done the old-fashioned way, it’ll still take days to settle, defeating much of the purpose.

Hence, the USC would address what many in the industry have come to refer to as the “cash on ledger” problem. To Ram, the funding round disclosed last week was an important validation of this idea. He told CoinDesk:

“The real story here is that a committed group of investors believes they have found the answer to the cash leg. Now that’s a giant marker for pushing the tokenization of wholesale markets.”

To be sure, megabank JPMorgan Chase (not one of Fnality’s shareholders) has similar ideas for JPM Coin, the fiat-backed cryptocurrency it is developing for its clients to send each other money.

“We really think this cash token is the foundation for enabling other enterprise blockchain applications,” Christine Moy, executive director and head of JPMorgan’s Blockchain Center of Excellence, said at Consensus 2019 last month, “We’ve been researching enterprise blockchain now for about four years; many different use cases varying from supply chain finance to financial markets and all of them need a payment leg.”

But JPMorgan, massive as it is, is just one bank.

So, if JPM Coin were to be joined by a hypothetical Barclays Coin, for example, Fnality’s token, known as USC, could operate as a bridge between these.

“As well as existing asset-side DLT projects (e.g. bond issuance and collateral tokenization), we can imagine USC being compatible with and having benefit for something like JPM Coin, where owners of the JPM Coin may want to transfer their holdings to another bank coin,” said Ram. “In other words, we could act like a tokenized correspondent channel.”

While JPMorgan wouldn’t comment for this article, there’s clearly some mutual admiration:

But more crucial to Fnality’s plan is connecting each decentralized market infrastructure (one for each currency jurisdiction) to a corresponding central bank.

Stepping back, trade settlement today requires businesses to hold accounts in multiple locations to handle cash and securities, splintering liquidity and leading to a mess of post-trade pipes and buffers that kick in and delay the settlement of the trade.

Cash held in reserve at a central bank being brought onto a blockchain would cut through the Gordian Knot tying up each jurisdiction, making settlement instant, removing counterparty risk and freeing up capital, Fnality reckons.

Exactly how this will be achieved involves a complex mix of regulatory and technical issues – a process Ram described as “a journey of discovery.”

On the legal side, the new name hints at Fnality’s secret sauce, according to Robert Sams, CEO of Clearmatics, the consortium’s tech partner.

Describing how the system will work, he told CoinDesk:

“Legal settlement finality is happening inside the system’s blockchain rather than across the books of a legacy settlement institution. This might appear to be a subtle distinction, but it’s what turns a cryptographic key pair into cash itself. It’s a foundational distinction.”

Flying under the radar for most of its four-year existence, Finality has invited speculation about how cross-border tokenized fiat will be collateralized at the central bank level.

Hyder Jaffrey, strategic investment and fintech innovation manager at Swiss bank UBS, one of Finality’s shareholders, pointed to an important difference between so-called central bank digital currency (CBDC) projects and what Fnality does.

Clearmatics’ blockchain architecture for Fnality is a private version of ethereum called Autonity. A distributed state transition system, where all participants on the chain keep a continually updated record of the blockchain’s full state, is essential to ensure the system’s resiliency, Sams said.

Such a full-broadcast system has been tested at the central bank level, by the Monetary Authority of Singapore (MAS), and it raised some performance issues.

However, Lee Braine of the CTO office of the investment bank at Barclays, another Finality shareholder, pointed out that volumes in the wholesale interbank space that Fnality is targeting are very different from retail bank payments and as such the performance characteristics would also be very different.

While many market infrastructures tend to centralize parts of their blockchain solutions for the sake of efficiency, the resiliency aspect is at the heart of much central bank research with universities and others, Braine said.

Speaking practically, the first products may be simple payments, said Braine. Then it would move to more complex currency swaps, for example, as in classic foreign exchange, or involving some kind of security, formalized as delivery versus payment (DvP), meaning both sides of the trade are completed simultaneously.

“As you move down that roadmap you get greater value, but it’s also the case that you need to integrate with market infrastructures to get more value,” Braine said, concluding:

“So you can imagine looking across clearinghouses and exchanges, and thinking ahead a few years from now, you see the scenario where more of them are using tokenized assets.”