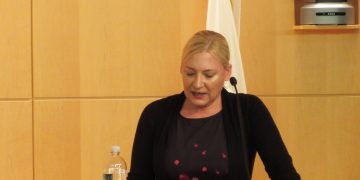 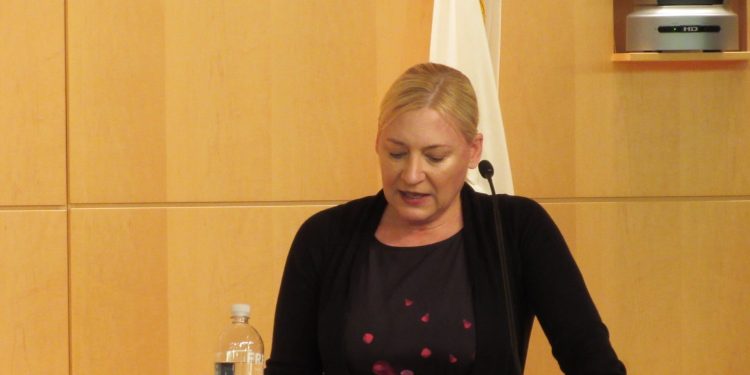 It was billed as an opportunity for the Securities and Exchange Commission to learn more about cryptocurrency. But what was striking about Friday’s forum was how much the agency’s staff already knew.

From questions about atomic swaps to comments about airdrops and forks, the SEC’s FinTech Forum, held at its headquarters in Washington, D.C., demonstrated that the U.S. securities regulator has been paying close attention to the crypto world – and has a deeper understanding than some give it credit for.

“Clearly they have been listening to what those in the community – and their counsel – have been saying to them and they’ve put a lot of effort into understanding this space,” said Joshua Ashley Klayman, managing member of Klayman LLC, a boutique law firm.

“They were very seemingly comfortable with some of the more technical aspects and the terminology, including atomic swaps. It was a much higher-level discussion than the basics of blockchain,” said Klayman, who was one of the panelists invited to speak at the forum.

For example, several attendees referenced the moment when Elizabeth Baird, deputy director of the Division of Trading and Markets, brought up atomic swaps. These are cutting-edge transactions in which the parties exchange one cryptocurrency for another without an intermediary, and neither leg of trade is complete until both are.

Specifically, Baird asked whether such swaps reduce risk in transferring or exchanging cryptos.

On another panel, Deloitte’s Amy Steele discussed airdrops (mass giveaways of a token to spur adoption) and forks (splinter currencies available to holders of the original) with Jennifer McHugh, senior special counsel to the Division of Investment Management, with a particular focus on whether and how these impact consumer risk.

Even when pleading ignorance, the SEC officials sounded more informed about crypto than one might expect from Beltway bureaucrats.

Valerie Szczepanik, the SEC’s senior advisor for digital assets, name-checked an ethereum smart-contract programming language when explaining the need for dialogue between her agency and developers.

“We need to translate between each other,” she said, adding:

“We also learned that the federal securities laws are just as complex to computer scientists as coding smart contracts in Solidity are to regulators.”

Attorney Stephen Rutenberg agreed, saying that in his view, the SEC’s understanding of distributed ledger technology is “beyond what most people think.”

While the SEC may have shown its chops at Friday’s forum, this does not necessarily mean that there will be any significant change in its approach to tokens and securities law.

Regulation does not happen overnight, said Teddy Fusaro, chief operating officer of asset manager Bitwise, citing exchange-traded funds (ETFs) as an example. In general, ETFs were launched some 25 years ago, but the SEC has yet to publish a standardized rule for issuers looking for exemptive relief.

Klayman agreed, saying that in her view, “the law says what the law says,” and unless a new law is signed addressing the asset class, “we shouldn’t expect a radically different interpretation.”

Yet while there may be no significant change in the regulator’s approach to the space, that does not mean companies concerned about potentially selling an unregistered security have no recourse.

Rutenberg said “the biggest news of the forum from the SEC is that they appear willing to entertain granting no action letters to ICOs that are no longer selling tokens,” referring to remarks by Director of Corporation Finance William Hinman.

He did note, however, that no actual guidance was issued, saying:

“However, if one was expecting the SEC to make firm commitments or provide more definitive guidance they would likely have come away disappointed from the forum.”

For all that was said during the forum, one issue which was conspicuously scarce was a discussion of market manipulation.

Market manipulation has been a hot button topic for the SEC, with several bitcoin exchange-traded fund (ETF) proposals rejected due to concerns about the market. These concerns have been so publicly stated, in fact, that Bitwise (which wants to issue its own bitcoin ETF) has now submitted two reports to the SEC in an effort to counter that narrative.

Which is perhaps why the topic’s near-absence at the forum was so keenly felt. Arad told CoinDesk that more discussion of manipulation and the surveillance infrastructure that can address it is still needed.

“It’s a major concern, in particular as more and more of our clients are eyeing institutional investors and their funds,” Arad said.

Szczepanik did mention manipulation – and other issues – in her closing remarks, reiterating a request for information that she, and other SEC officials, have been making for months.

“Dalia Blass and the Division [of Investment Management] put out a comprehensive letter, two letters actually, asking for input on things like custody, manipulation, liquidity, valuation, redemption, … all those things are things we invite your input in,” she said.