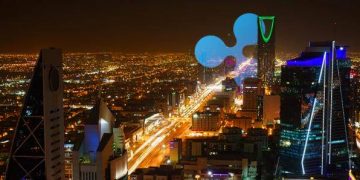 In a move that will thrust Ripple into dominance in the middle east, Ripple has announced their partnership with Saudi Arabia’s National Commercial Bank (NCB). NCB is one of the largest banks in the country commanding a market capitalization of around $120 billion and with Ripple saying the bank will become a bona fide member of the Ripple Net network by end of this year.

This development is a direct boost for Ripple, a serious US based software solution provider keen on supplying superior banking alternatives for financial institutions within their network. Besides, it comes as a direct achievement of their earlier declaration that many banks will be part of the Ripple network by the end of the year.

Benefits NCB Stands to Get

By joining the Ripple Net network, NCB will enjoy several benefits. First, the announcement that the bank will be some sort of a connector bank linking several banks within the Asian market with North America, their clients will access different credit or financial services and facilities offered by global banks within the RTXP. At the same time, businesses depending on NCB for funding shall have access to fast settlements and transparency thanks to the underlying blockchain technology that link the financial institutions. NCB plans to kick-start this initiative by forging a partnership with several Singaporean financial institutions before later linking them with their North American counterparts via the RTXP.

Interestingly, this development comes shortly after the Kingdom of Saudi Arabia through the country’s regulator the SAMA—Saudi Arabian Monetary Authority carried out a successful pilot program that saw several banks test Ripple’s xCurrent. The ground breaking program saw banks make use of xCurrent in order to improve their overall efficiency especially when sending or receiving money in the country as they simultaneously reduce cost of operation and doing away with latency. Other than inherent perks, SAMA could also properly monitor banks within the RTXP network thereby easing the usually tasking oversight.