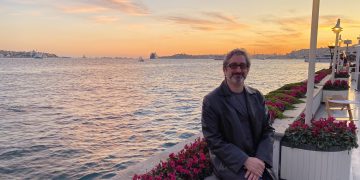 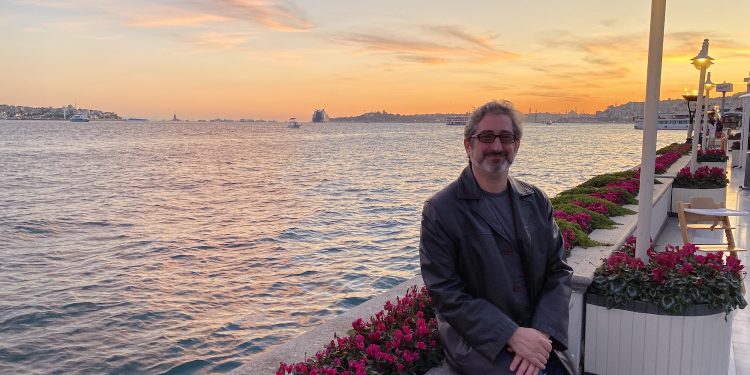 This post is part of CoinDesk’s 2019 Year in Review, a collection of 100 op-eds, interviews and takes on the state of blockchain and the world. David L. Shrier is a futurist and globally recognized authority on financial innovation, with dual appointments at MIT and the University of Oxford’s Saïd Business School. His next book, Basic Blockchain, is being published in January 2020 by Little Brown (Hachette).

2020 brings us the start of a new decade, and with it comes the gradual maturation of blockchain technology, bringing it down from the stratosphere to tangible impact on real-world problems. We may be a turning point for the industry.

These seven trends are bellwethers for the industry’s health that I will be tracking in 2020, as we move from experimentation to implementation:

A challenge I have found over the past several years of educating blockchain entrepreneurs in over 130 countries in my work at MIT and University of Oxford is the need for more compelling use cases. Not just any use case, not just any scenario where distributed ledgers might be applicable, but natural uses cases where blockchain is clearly a superior platform versus other database technologies. I am hopeful that 2020 will bring a more acute perspective from the industry on where blockchain is best used and scaled.

John D’Agostino, founder of Digital Assets Working Group, says, “Gaming and commodification of the gaming experience” is what’s in for 2020. He goes on to state that he sees opportunity in “combining the theoretical fungibility, transparency and security of blockchain databases along with the ease and portability of tokens to create new markets for digitally native assets and experiences like online gaming.”

(What’s out, asserts D’Agostino, is “blaming securities laws for your bad business model.”)

Bitcoin remains the most financially successful blockchain project to date, with a market capitalization of more than $130 billion at this writing. For the longest time, heeding the words of my collaborator Meltem Demirors, I would tell people that you can train a mediocre bitcoin developer in a year or a competent ethereum developer in a month.

Bitcoin is idiosyncratic, a hack of hacks, a giant kludge that outgrew itself a long time ago. Ethereum and other newer protocols were developed more self-consciously with third-party development in mind. And yet. bitcoin is suddenly top-of-mind again, and I have anecdotally been hearing of various bitcoin-protocol projects under way.

Jack Dorsey, as it happens, is moving to Africa for several months, and in relation to that views bitcoin in the African continent as a game changer. Indeed, Michelle Chivunga, advisor to the African Union, says, “With the Africa Free Trade Area agreement in line to transform the continent, Africa is in strong position to play a leading role in the digital revolution tapping into key technologies like blockchain. Africa’s time is now.”

4. China giveth and China taketh away

The People’s Republic of China, in a matter of weeks, announced a warm embrace of blockchain on the one hand, and began aggressive enforcement actions against crypto companies on the other.

Tracking price movements of bitcoin recently has given me whiplash. I have long told people I don’t speculate for my own account, because I can’t predict the price movements of crypto well enough to make money, and November is a good example as to why. I also note that in some regards bitcoin represents a competitor for the newly announced RMB central bank digital currency, so the Chinese government has a vested interest in talking down the price.

For the past several years I have been spending increasing amounts of time with governments and multi-governmental bodies, discussing how to shape innovation policy that supports fintech and blockchain. My colleagues and I have been seeing rising interest in central bank digital currencies (CBDCs), not only with China and Venezuela, but in a variety of nations, large and small.

“In 2019 we saw many Central Banks investigating and in some cases testing various blockchains and distributed networks for use in the financial system. While initially hesitant to move efforts forward past the test phase, the emergence of competition in the form of private sector digital currencies and ‘stablecoins’ has prompted Central Banks worldwide to evolve their own technology strategies. I suspect we will see more tangible progress on Central Bank-issued digital currencies in 2020, as Central Banks seek to leverage many of the technological advancements that have taken place over the past decade to provide their countries and economies with advanced, secure, and efficient payment systems.”

Chantry should know. Bitt.com is credited by many insiders as originating the first blockchain-based CBDC in 2016.

We expect more CBDCs to be announced in 2020, and with them a greater focus on cross-border interoperability.

Sometimes the “plumbing” of the financial system, while less glamorous than token offerings or a new ewallet, is essential for any of the other great ideas proposed around blockchain to function. One such area is custody, the physical or electronic holding of assets for safekeeping, and a gating condition for serious institutional investment in digital tokens and cryptocurrencies.

“Absent robust custody standards the industry can never scale,” according to SALT chairman Ben Yablon. “Single founders disappearing with hundreds of millions of dollars in value shouldn’t and won’t be allowable if the space is ever going to reach its potential.”

The industry is going to work out better standards and practices around custody in 2020 – or risk another Cotten.

The Government of Mauritius, gateway to the African continent, has planted its flag in the sands of digital asset custody. It’s not such a dumb bet. State Street’s $32 trillion empire is built on custody of securities.

I never cease to marvel at the fact that cryptocurrencies, developed by cryptographers and sometimes (often) held by highly (and healthily) paranoid people who seek ultimate security for their money (not even trusting central banks), have persisted in serious cybersecurity inefficiencies.

A few years ago, I had the privilege of talking to 30 of the top cybersecurity experts in the world as we put together MIT’s cybersecurity book. The blockchain world, as it turns out, isn’t notably better than anybody else at cyber-protection – and in some cases is worse.

2019 saw possibly $200 million or more stolen from various exchanges, and perhaps more unreported hacks occurred as well. I am hopeful that 2020 will see better cyber-hygiene and cyber-practices. You will be hearing more from me on this topic in the months ahead.

Corporations Need Bitcoin. They Just Don’t Know It Yet

Corporations Need Bitcoin. They Just Don't Know It Yet