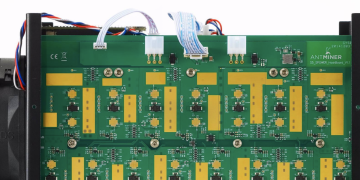 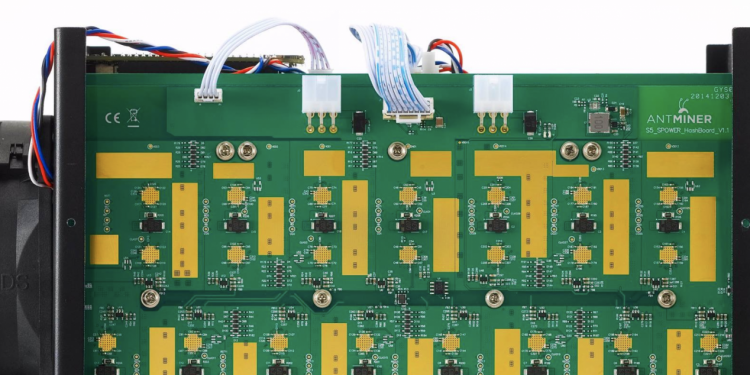 The question is who put those misrepresentations into the pitch decks. CoinDesk was unable to verify the authenticity of the three versions identified and reviewed outside of those who received them because Bitmain has not responded to multiple inquiries concerning their production and dissemination, even though all of them printed the company name and a confidentiality warning on each slide, and two versions prescribed deadlines and methods on bank wiring instructions.

One version of the pitch decks, originally written in Chinese and translated into English by CoinDesk, described Bitmain as having “recently completed a $400 million Series B round of financing from Sequoia Capital, DST and GIC, with a pre-investment valuation of $12 billion” and was forwarded by someone claiming to have access to the deal and knowledge that Bitmain created the pitch deck without offering proof, says a source who came into possession of the copy.

The other two versions, worded differently and already formatted in English, stated Bitmain had “raised another $400 million at a $12 billion valuation from investors such as Sequoia China, GIC and DST in a Series B round” and circulated in public social media discussions and private email exchanges where one copy was procured from joining onto the pre-IPO round, according to another source who claims the pitch deck originated from Bitmain.

CoinDesk learned about the inaccuracy of the statements three days after reporting Bitmain’s Series B investors on August 10. Jan Wootten, a representative for DST Global, notified CoinDesk by email that “DST Global did not invest in Bitmain” and asked for a correction to the article. Josh Lindsfor, a DST Global managing director, confirmed Wootten’s statement in another email weeks later, refuting a DST Global investment across Bitmain’s funding rounds altogether.

The following month, a GIC spokesperson issued the same denial when reached for comment. Other investors listed in the pitch decks besides DST Global, the Hong Kong-headquartered investment arm of billionaire Yuri Milner’s Russia-based Mail.Ru Group web company, and GIC, one of several sovereign wealth funds managed by the Singaporean government, were found to be legitimate.

Many voices in the cryptocurrency community accused Bitmain of spreading the false claims following the report, but the sourcing for the article has been unclear. “Uncle C,” IPO Zhao ZhiDao’s pseudonymous author, has refused to comment on the tipster’s identity, and the investment claims have not been published in official investor documents of knowledge to CoinDesk.

However, the link between Bitmain and these latest misrepresentations about DST Global and GIC, while inconclusive, appears less tenuous enough to compel a serious reaction from the source who spoke with CoinDesk about receiving an English pitch deck and investing in the pre-IPO round.

The source, who claims a Bitmain investor provided the pitch deck after introducing and co-signing the offer, communicated feeling sufficiently “unsettled” by the debunked assertions to consider taking legal action against Bitmain, believing the claims to be true when the deal was being finalized. Whether or not the source will make good on this response remains to be seen, though.

In any case, if Bitmain is discovered to have been responsible for advertising the false claims in the pitch decks, the legal implications could be significant. In Hong Kong, where Bitmain is physically located, a company that makes false statements “for the purpose of inducing another person to enter into an agreement” could face legal liability for committing “fraudulent or reckless misrepresentation,” Ashurst LLP legal counsel Hoi Tok Leung said in an email.

Depending on the discretion of the Securities and Futures Commission of Hong Kong, Bitmain management could be penalized with up to 7 years in prison, HK$1 million in fines and partial or full monetary damages in investor claims under Hong Kong law, Leung explained, drawing comparisons to the United States Securities and Exchange Commission.

Generally speaking, the S.E.C., or the equivalent regulatory body in the U.S., is also “likely to pursue anyone they believe is fraudulently seeking to raise capital from U.S. investors” on jurisdictional grounds unless “management had a reasonable good faith reason to believe the information to be true at the time,” noted Timothy Peterson, a Murphy & McGonigle financial technology law partner and former S.E.C. Division of Enforcement senior counsel, in a separate email.

Still, not every investor has come in contact with the pitch decks containing the false claims, limiting the magnitude of any potential legal recourse against Bitmain. A managing director at a Hong Kong venture capital firm that participated in the pre-IPO round of funding who spoke with CoinDesk on condition of anonymity recalled that a pitch deck was not exchanged and DST Global and GIC were not brought up at any point in funding discussions.

The investment opportunity was instead presented at a pitch meeting organized by a group of intermediary investors. “There were a few asset managers who made a bulk [funding channel in] the round and many investors went through them,” the managing director said.

With the burgeoning cryptocurrency industry since then, Bitmain has seen booming business diversifying into alternative cryptocurrencies and setting aside supplies of mining rigs at the outset of production for use throughout the company’s in-house mining farms in the U.S., China, Europe and the Middle East.

According to investor documents, in the last year alone, Bitmain raked in billions of dollars from sales of mining equipment and management of mining pools and farms, pouring vast sums of that money into robotics and artificial intelligence development and other companies working on blockchain technology.

The explosive growth has also been reflected in the IPO listing Bitmain filed in September for public trading on the Hong Kong Stock Exchange by the beginning of next year, CoinDesk previously reported. The IPO’s market capitalization was valued at somewhere between $40 to $50 billion, making it one of the fastest-growing cryptocurrency companies and startup unicorns.

But now, in light of these pitch decks, Bitmain could be placed in not only murky financial waters with the recent market slump contributing to excess product inventories, but also legal jeopardy with its plans to go mainstream as the cryptocurrency sector continues to fend off an overwhelmingly negative public perception of an industry rife with credibility problems.

In late August, the North American Securities Administrators Association announced more than 200 investigations into cryptocurrency operators and businesses throughout the U.S., Canada, Mexico, Puerto Rico and the U.S. Virgin Islands, 70 of which are actively underway.

Before that, in March, the S.E.C. reportedly subpoenaed 80-something individuals and businesses for suspicious activities associated with initial coin offerings (ICOs), a type of crowdfunding that transacts in cryptocurrency and cryptocurrency-like financial assets.

Dozens of lawsuits and arrests have been recorded worldwide in connection to the cryptocurrency vehicles at the center of these investigations, with areas of interests that include the veracity of those schemes’ marketing statements and promotional materials.