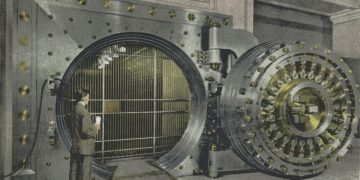 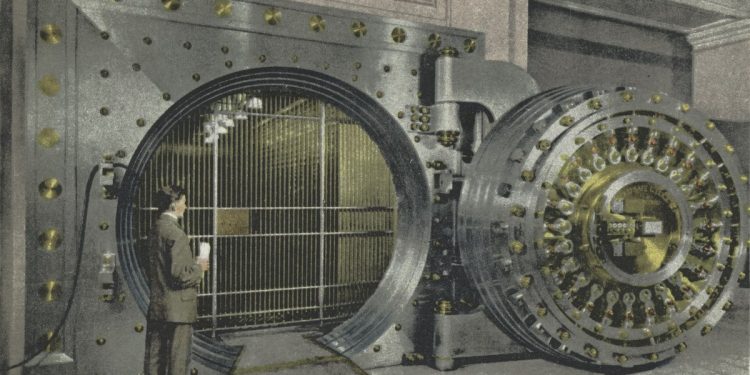 Noelle Acheson is CoinDesk’s Director of Research and producer of CoinDesk’s Institutional Crypto newsletter. These opinions are her own.

Let’s talk about containers – not the massive cargo ships that cross oceans, but vessels such as bottles, boxes and bins. Things that hold stuff. A reliable container does just that, it holds. It doesn’t transform its contents.

In finance, the vessel is the custody service that stores a fund’s assets. A good custody service reliably “holds” securities and bonds in its client’s name, often providing additional services but never influencing the value of the asset.

Cryptocurrency markets are different. Good crypto custody services can have a material impact on an asset’s market price, even going as far as affecting its fundamental value.

This difference is more significant than it may initially seem. In traditional finance, custodians are a key piece of the puzzle, but they are not market influencers. In crypto, their strategies – individual or collective – can shape an asset’s success. And yet this influence is unmonitored and unregulated, and could end up giving birth to an entirely new power structure.

Let’s look at an example. Crypto asset manager Bitwise, which in 2017 set up one of the sector’s first index funds (the Bitcoin 10 Private Index Fund), revealed in its recent investor letter that it has updated its index methodology.

Previously, for an asset to be eligible for inclusion in the underlying Bitwise 10 Large Cap Crypto Index, it had only to be able to be custodied in cold storage (offline wallets, out of the potential reach of hackers). Now, eligible assets must instead be held by a regulated custodian.

This sounds fair: custody, especially given the bearer nature of crypto assets, is a complex yet crucial aspect of investment management. With the sector’s endemic security risks, shifting the emphasis to regulated custodians seems like a move towards best practices and greater oversight. All good.

Now let’s look closer. This rule change triggered a change to the index composition. Monero (XMR) leaves, as the privacy coin is not held by any regulated custodian, to be replaced by Chainlink (LINK).

However sensible the index criteria change may seem, here we have custodial practices determining institutional interest in an asset.

But inclusion in or exclusion from leading index funds is likely to have a material impact on an asset’s price outlook. And corporate decisions of market infrastructure participants are playing an important role in this.

Going further, the Bitwise investor newsletter also explains that the fund has liquidated its position in Cardano (ADA), even though the token qualifies for the index, because it isn’t supported by the fund’s custodian, Coinbase Custody.

Now, it is a fund manager’s prerogative to adjust the composition of funds. But here again is an example of the influence that custodians can have on asset prices.

Should Coinbase Custody decide in the near future to support ADA, would it then be included in affected funds? Should this potential, which depends on the decisions of a single custodian, be considered part of the value proposition of ADA?

Another example: staking as a service. A growing number of custodians are offering services for tokens that can earn income by participating in governance mechanisms known as “staking,” in which token holders receive compensation for using their position to support the operation of a network. Many clients are attracted by the additional return but prefer to not deal with the complexity of the process, even if that means taking a haircut.

These clients, often institutional, are likely to limit their investment choices to “convenient” staking options – in other words, to the tokens that custodians’ staking services choose to support.

True, banks today do not offer interest on all types of currency deposits. But the liquidity of foreign exchange markets and the breadth of interest-bearing options elsewhere mean that an individual bank’s strategy is unlikely to have a material impact.

Given the youth of crypto markets, however, and the relatively limited range of regulated custodians (for now), institutional investors do not have the same scale of selection. Assets are less resilient to the impact custodians’ choices can have.

All the way through

In traditional markets, large custodians don’t get involved in asset selection. They leave that to investors. Traditional custodians do not have to make calls on which assets to support based on technological considerations. And moving beyond infrastructure considerations, market philosophy has at its root the idea that a supposedly level playing field allows for a fair determination of asset price.

In crypto markets, the playing field is anything but level.

When market infrastructure participants such as custodians have a significant influence on current and potential market values, a new type of power structure emerges.

Going forward, increased competition could lessen the impact. But recently there is much talk of impending sector consolidation, which could end up having the opposite effect.

This highlights a fundamental shift in the crypto market ethos. Crypto assets were designed to not need centralized custody. Yet we now have centralized custodians wielding increasing power in the sector’s evolution.

I’m not saying this is bad, nor am I saying it is good. I am saying it is something we should be aware of and keep an eye on. Sprawling systems tend to evolve organically, and it is so easy to wake up one day and realize that it has evolved into a structure with more risk than efficiency.

We’ve seen this before: the decentralization promise of the early internet evolved into a centralized infrastructure with alarming secondary effects, because most of us choose convenience over resilience.

We could be in danger of making the same mistake, only this time it is not just our information at risk. This time we’re talking about a market that can shape wealth and move money – a relatively small market for now, yes, but one that is seeping into mainstream portfolios and is likely to end up having a significant impact on finance more broadly.

Convenience is good, as is the sector’s increasing market professionalization and oversight. But you know the saying: “be careful what you wish for.”

Disclosure: The author owns small amounts of bitcoin and ether.

For an overview on crypto custody, download our free introductory report!