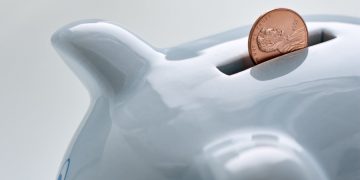 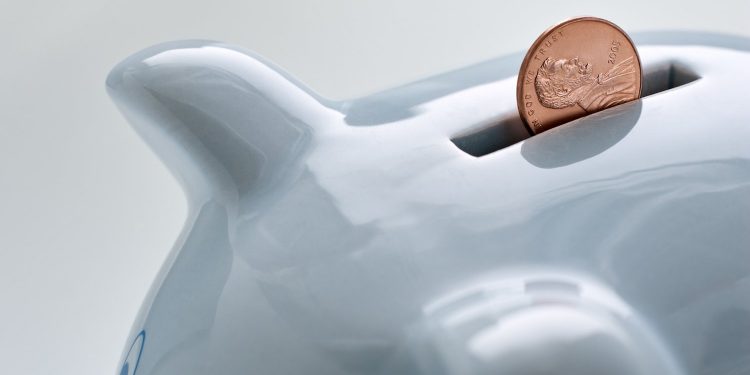 Wouldn’t it be nice to earn interest on your crypto holdings?

Especially in a down market, those hodling crypto would love that. And ethereum-based startup Compound is launching a product to do just that.

Revealed exclusively to CoinDesk, Compound’s platform for allowing crypto enthusiasts to make their holdings available for short-term loans, in turn, earning interest on those loans in crypto, launched on the ethereum blockchain today.

Compound is creating what the traditional financial world refers to as a money market – a fund that provides short-term loans at a flat, publicly stated rate. Investors put funds into a pool, loans get made against it and when the investor wants to withdraw, they get a share of the profit proportionate to their investment.

These financial instruments are typically for high liquidity loans with short (even as short as a day) time horizons. Plus, with publicly posted rates, both lenders and borrowers can know exactly what the interest will be without negotiation.

Each asset will have a publicly stated interest rate for supplying and borrowing, set algorithmically based on demand for each asset. Rates will be the same for all users.

In this way, Compound is giving holders a way to hedge against a weak market, and it should help big players cover the costs incurred from holding, such as custodial or security expenses.

And Compound has already seen a fair amount of interest.

The software was built with $8.2 million in venture funding, led by notable investors Bain Capital Ventures, Andreessen Horowitz and Polychain.

In an email to CoinDesk, Polychain CEO Olaf Carlson-Wee, said:

“We believe that Compound is building one of the core crypto-financial primitives for the financial system of Web3. This project fits well with our thesis that decentralized finance will be one of the first key use-cases of Web3.”

In addition, more than 26 institutional partners have committed a minimum of $100,000 in crypto to the market, so there should be at least $2.6 million in crypto ready for lending at launch.

While returns on money in the market are likely to be small, every percentage point gain can make a difference for large institutional funds sitting on massive crypto holdings right now.

As such, while the software is built so that anyone with crypto holdings can supply capital to the money market, Compound founder Robert Leshner said, “In general, I think the majority of our users will be institutional.”

First, for traders that want to leverage a long position in a token, they can borrow from Compound and buy more of the token they want to place a bet on.

The ability to take on very short-term loans can be helpful if a trader wants to make a bet on a specific event in the near future. It gives traders a way to know the price of a risk they are taking in a straightforward way.

It’s important to note here that a trader can use Compound to borrow for a position in almost any currency, as long as it can be easily traded into one of the five currencies Compound holds. So, for example, if a user wanted to make a bet on a price movement in OmiseGo’s OMG, he or she could borrow ETH, trade it for OMG and wait.

This is an important point for the second major use case: shorting, a way of making money on an asset when its price does down.

As a simple example: one user can agree to borrow one ETH from another user, with an agreement to pay them 3 percent annually on the price of the ETH when it was borrowed till they return it. Let’s say ETH was $300 at the time. So the first user borrows the ETH and immediately sells it. Then they have $300 in the bank.

Four months later, say ETH drops to $250. The borrower then buys one ETH with their banked money and returns it to the person it was borrowed from, with a payment of $3 to cover four month’s interest. The borrower pockets $47 in profit.

It might look like the lender lost out, but it’s good for both sides. Imagine the person who lent the ETH is someone deeply invested in the ethereum ecosystem – one who has no intention of exiting their long-term position – so they are now $3 richer and they still have just as much ETH.

This ability to more easily short crypto was a key consideration for one of Compound’s main investors.

“There are already (centralized) solutions to borrow ETH and other crypto to short it,” Salil Deshpande of Bain Capital Ventures told CoinDesk in an email. “We invested in Compound because it is a proper – decentralized – money market for crypto.”

Deshpande argued that with more liquid markets to make short positions, overvalued cryptocurrencies will be forced to correct their prices in the market.

The last use case – borrowing tokens to use them for their actual application – may be further out.

Leshner used Brave’s BAT as his example. One day, Brave plans to launch a consent-based advertising model whereby agencies have to use the cryptocurrency to buy ad space. Rather than buying BAT outright, the agencies might prefer to borrow some BAT, thereby hedging against the possibility of prices going down.

This could be especially important in a world where most of that crypto lending is happening on exchanges.

That lending, as the Compound whitepaper points out, is typically virtual; borrowers don’t really hold those tokens, making it impossible to use them on the decentralized applications (dapps) they were intended for.

Because the only counterparty is the smart contract itself, the money market is willing to take any business at its stated rate.

Users don’t have to look for someone with the opposite position to theirs in an order book; they can just accept Compound’s rates and take the short-term loan. And this also saves those supplying the capital the effort of managing the loans they make.

“This is not a person-to-person marketplace like almost everyone is building.”

“We keep a small residual of all interest that moves through the system,” Leshner explained. “The more assets inside the system the more we earn.”

And currently, as the white paper states, Compound will have centralized control of the protocol, which will allow them to, for instance, choose the software model that sets interest rates for each asset.

For Bain Capital’s Deshpande, these interest rates are integral to making sure people continue holding crypto.

“Without interest rates like Compound provides, crypto assets have a nominal and a real negative yield,” he said, adding:

“The costs of storage and security (both on and off exchange) and the inflation of the token supply – this is a disincentive to hold crypto assets.”

In this, Compound aims for its interest rates to provide a standard to judge other crypto investments by. Because the loans on Compound are collateralized, they are nearly risk free, so it establishes a floor for what each token should earn when it’s put towork.

And having this unified, floating rate across any given asset provides an additional benefit to those supplying capital – lenders don’t need to wait for loans to close to withdraw; they can take their funds out at any time.

“Everybody shares the same terms. This should be a neutral, open source, transparent infrastructure,” Leshner said.

Yet, over time, the protocol will be transitioned into a more decentralized one, where community members and other stakeholders determine the path forward.

Until then, though, Compound is looking for more tokens to offer loans in, although, they have to have adequate liquidity and market confidence.