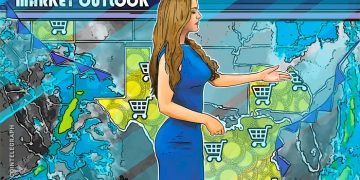 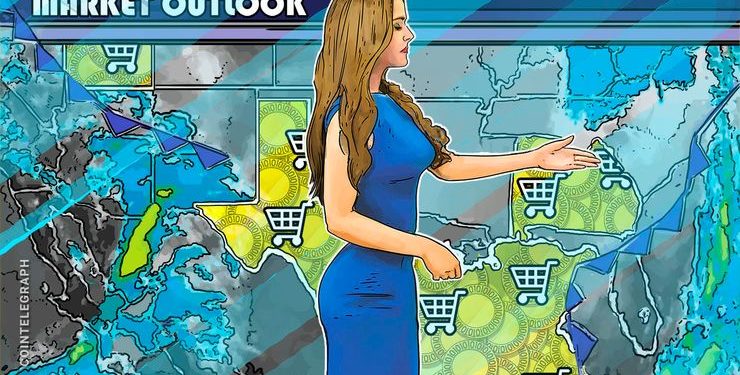 Tuesday, Oct. 16: Crypto markets are seeing some stability today following yesterday’s market upsing, with virtually all of the major cryptocurrencies seeing only minor price changes, both red and green, as of press time.

Tether (USDT) has meanwhile seen a recovery, having yesterday slipped from its U.S. dollar peg to trade well below its historical price range, briefly dipping as low as $0.925.

Bitcoin (BTC) is trading at $6,580 at press time, down close to 1 percent on the day, according to CoinMarketCap. During a short-lived spike yesterday, which correlated with Tether’s price drop, Bitcoin traded as high as $6,673, but has since corrected to the price range it saw at the beginning of its weekly chart, despite several days of heavy losses on the crypto markets mid-week.

Overall on the week, the top coin has virtually not budged, and is 0.06 percent down as compared with Oct. 9. On the month, Bitcoin is up around 1.72 percent, again remaining relatively stable. 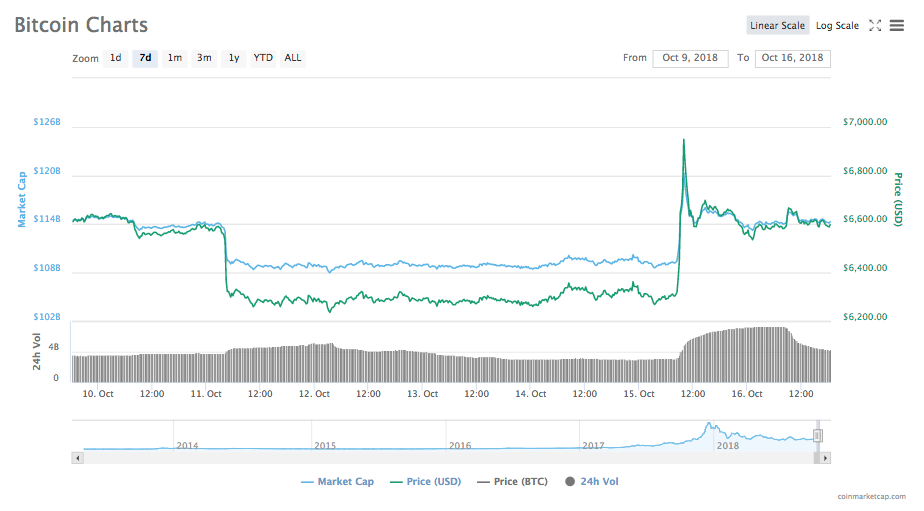 Ethereum (ETH) is down just fractionally, by 0.3 percent, to trade just under $210, according to CoinMarketCap. Having seen an intra-week low of around $189 on Oct. 12, followed by a couple of days of sustained losses, the leading altcoin also saw a major spike yesterday, Oct. 15, to trade as high as $220.

On the week, Ethereum is around 7.5 percent in the red; monthly losses are around a milder 3.2 percent. 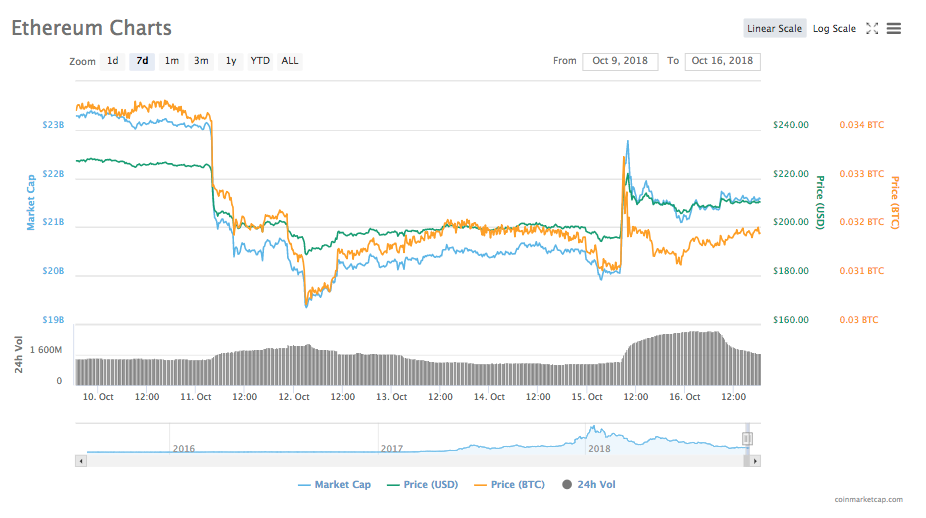 Ripple (XRP) is the strongest performer among the top ten coins by market cap, up 3 percent to trade at $0.454 at press time. The asset saw a spike parallel to BTC and ETH yesterday, but has seen solid performance today and is trading only slightly below yesterday’s peak at $0.567.

Having shed value during the market-wide losses Oct.11-14, Ripple is around 4.4 percent in the red on its weekly chart. Nonetheless, due to its soaring successes in September, Ripple’s monthly growth is at close to 64 percent. 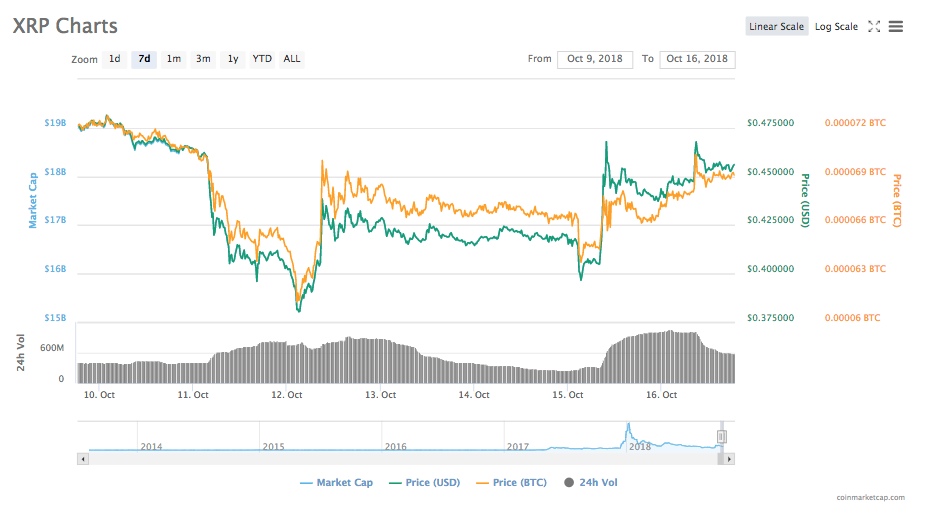 The remaining top ten coins on CoinMarketCap are seeing an almost even mix of gains and losses, capped within a 2 percent range in both directions.

Tether (USDT) has reclaimed most, if not all, the ground it lost during yesterday’s tumble, and is up 1.6 percent to trade at $0.98 at press time. Although reasons for Tether’s losses yesterday are not confirmed, unconfirmed reports have recently circulated that banking complications appear to have beset both Tether and associated crypto exchange Bitfinex.

Others have proposed the market sentiment was tied to investors “losing faith” because of the ongoing lack of transparency surrounding Tether’s claims to be backed one-to-one by the US dollar. 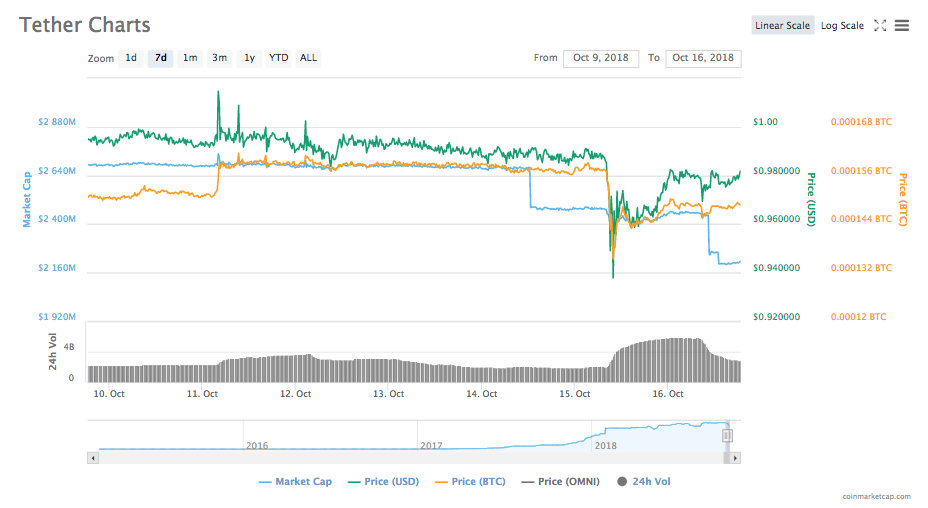 The market’s seventh largest coin Litecoin (LTC) is down 1.66 percent to trade at $54.25 by press time. Still among the top ten, Cardano (ADA) and Monero (XMR) are both up about 1 percent on the day to press time.

In the context of the top twenty coins, the picture is also mixed, with most coins seeing minor price change capped within a 2 percent range, though with a couple of notable exceptions. 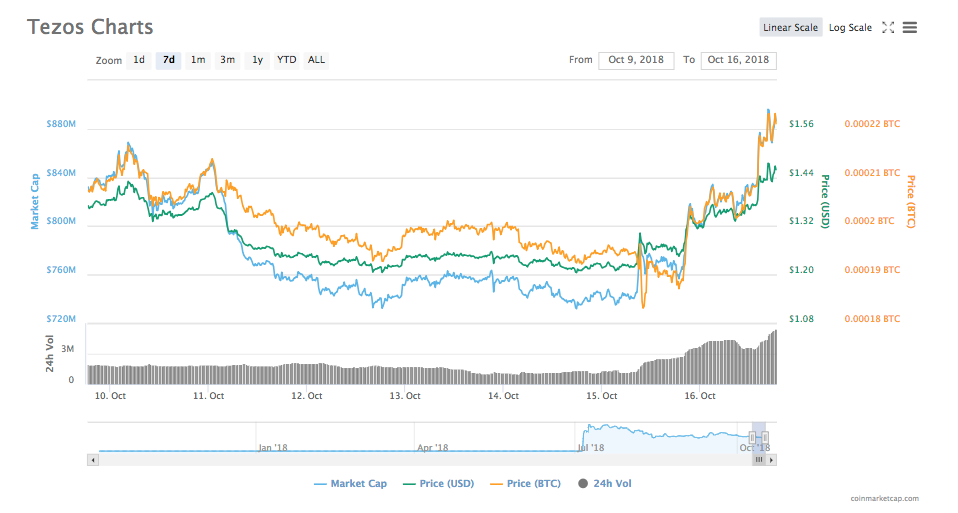 Dogecoin (DOGE) and Binance Coin (BNB) have both seen above-average price changes on the day, both down about 3 percent at press time.

Total market capitalization of all cryptocurrencies is down to around $211.1 billion as of press time — having reached as high as $220.2 billion briefly yesterday, Oct. 15.

Today investor and crypto bull Mike Novogratz tweaked his price forecast for Bitcoin, predicting the top crypto would in fact not break $10,000 in 2018. He suggested instead that during “Q1 [or] Q2 [2019] if the institutions start coming in, we’ll put in new highs.”

In other crypto news, stablecoins continue to make headlines this week, with blockchain trust company Paxos announcing it has already issued around $50 million worth of its recently-launched U.S.dollar-backed stablecoin, PAX.

Notably, with regards to better-known thought controversial stablecoin Tether, stablecoin issuance at this scale has drawn both speculation and criticism in regards to its possible impact on Bitcoin (BTC)’s price performance.

After Pluto, MoneyMatch is the Latest FinTech Company to Integrate with Ripple xVia

After Pluto, MoneyMatch is the Latest FinTech Company to Integrate with Ripple xVia