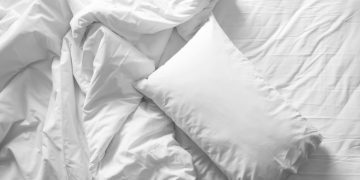 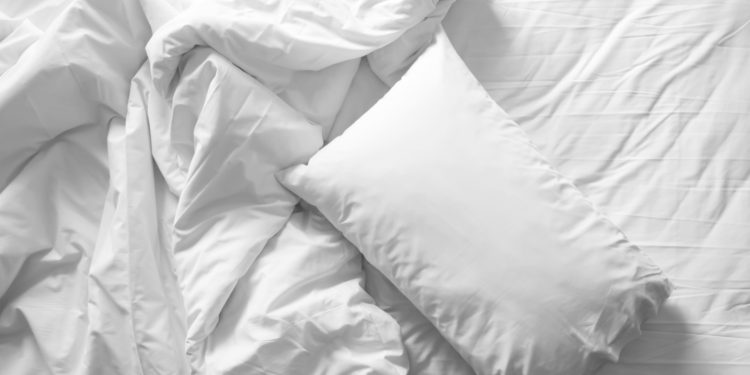 Han Yoon is the CEO of Lundar Digital Assets, a project consulting and marketing firm focused on blockchain.

The brutal bear market we faced this year was not only necessary, it’s beneficial for the long-term outlook of this rapidly growing industry. Yes, I know – you’ve heard this a million times already. But honestly, this bear market was the best thing that happened for our company.

I say this with humbleness, because we had great leadership and advisors to guide us along the way – this market has made our company more resilient than ever, forced us to be more innovative, and will give a huge sense of pride and accomplishment when we come out of it alive and striving.

Not a lot of blockchain-related companies, whether it be projects, funds, agencies or even miners can say the same. This is Darwinism at work. Regularly, I hear about investment groups having no more money to invest, crypto funds being down more than 80 percent since the beginning of the year and ICOs that were swimming in cash that are now broke and bootstrapping to stay alive.

Welcome Back to Reality

2018 was a wake-up call, a rude awakening from the dream-like bull run of 2017 where shady entities could raise $30 million with an idea, a white paper and a website.

Welcome to reality. Fiat still rules, investors want returns and the government can easily impose regulations to scare off investors. Unlike the financial world, however, there are no government bailouts. Ironically, also unlike the financial world, many people will go to prison — for frauds, scams, and even “crimes” defined by archaic laws that should not apply to this new asset class.

Decentralization, a word that we throw around ever so often now, is a very powerful – and dangerous – ideology. We have become so desensitized to the word and its potential implications for the future of the world that most people forget how this entire blockchain industry was incepted. A single, powerful white paper gave birth to this movement.

No one thought that it was going to be easy or quickly met with mainstream adoption. Decentralization is in essence, a proxy war against the government, the oppressive financial systems and irresponsible or greedy corporations.

And Satoshi Nakamoto, bitcoin’s creators, knew the dangers and risk that it could bestow upon his livelihood and family. Can you really blame him for remaining anonymous?

The truth is, 2017 was absolutely unwarranted. I’m not talking about Bitcoin, because if there is one thing that was warranted, its the Bitcoin bull run. It’s simply how the market cycle works.

Those in cryptocurrencies long enough know this very well. So-called “experts” on mainstream media can say what they want, but Bitcoin is not going anywhere. It is the most thoroughly tested network for security and resiliency, and believe it or not, adoption is growing faster than ever.

What was not warranted, however, was the ICO craze that we allowed to happen.

It has irreparably harmed the connotation that comes with the three letters “ICO.” People are getting creative now – PTOs, IEOs, MNOs and everything in between… just to distance themselves from the words “initial coin offering.” And we sat there watching it happen, knowing well that 90 percent of projects would utterly fail. But how can we say anything when projects were doing 5x, 10x, 25x, 50x, 100x and people are happy?

The ICO craze just happened so fast and intense that regulators were not given the opportunity to even consider creating a new asset class for the modern world. Hopefully some good news will come out of Congressman Davidson’s plan to introduce legislation to re-classify digital assets.

Price is almost irrelevant for altcoins right now. We can think of 2018 as the year those “AOL CDs” were “airdropped” into peoples mailboxes. Thousands of the world’s smartest cryptographers, engineers and developers are building the infrastructure needed for the decentralized web, which many call “web 3.0.”

2019 will definitely be an interesting year, with a lot at stake. Billions of dollars are still being poured into blockchain R&D and projects, it’s not just about Bitcoin anymore. The race is on for mainstream adoption. Which protocol will be the next IPv4, HTTP, SMTP? Who will build the first MySpace? Which network will blow our minds with fiber optic-like transfer speeds? Who’s novel idea will one day dethrone Reddit, as it did to Digg?

There doesn’t have to be a single standard protocol or platform – that’s not my point. My point is, the infrastructure is now barely being laid out and tested – some obviously outperforming others.

We are deviating from being a speculative market at such a fast rate that, quite honestly, caught me off-guard. Retail investors are actually performing due diligence before investing now! What a lovely sight to see.

For the past six months, we’ve received tens of hundreds, maybe thousands, of emails and requests from “projects” with no working product, no experience in the blockchain and had no reason to create a token for their idea. On average, we take on less than 20 percent of clients seeking help after performing due diligence, and invested in less than 1 percent of those seeking funding.

We were blessed enough to be able to almost ‘choose’ which projects we want to work with, thanks to all the word-of-mouth referrals from friends, partners, advisors and old-school networking. We welcomed the bear market with open arms because we were able to help projects achieve their goals. And through that process, we learned a lot.

Blockchain projects, obviously, can not be evaluated in the same way as traditional companies.

Bitcoin started off as a grassroots movement, with a small group of cryptographers. This core principle has not changed, and we stress that to all our clients. The single most important factor for a project’s survivability is its community. Without community, there is no network. Without a network, there is no value.

I will argue that 2018 was the most important year thus far in decentralization. Yes, many people lost a lot of money. Yes, there were scams and money-grabs. Yes, we could have done a better job at attempting to protect consumers and ultimately the industry. But the industry is stronger and growing faster than ever, despite what the prices say.

For those in it for the long run, and for those that want to build an empire, this year’s bear market was just a prime opportunity to really focus on building. If you’re thinking “it’s too late for me,” you are completely wrong. You’re not seeing the big picture. We’re still on AOL dial-up internet. The canvas is 99.9 percent still untouched. Draw something with pencils until paintbrushes are available. You don’t have to hold an ICO to draw – to add value and ideas to this toddler-stage industry.

2019 will be the year where we truly find out which teams are capable, which tech is scalable and flexible, and which ‘novel’ ideas that we see popping up every day are applicable.