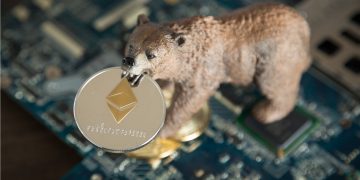 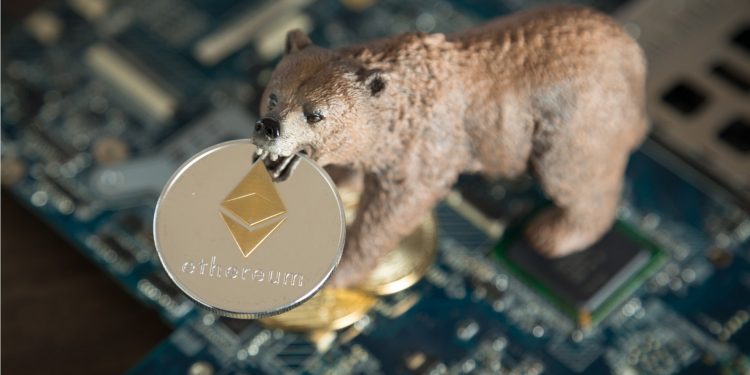 Memes are a pretty important part of the crypto ecosystem – how else would crypto visionaries display their wit and sometimes passive aggressivity?

It’s no wonder then that District0x’s Meme Factory is seeing quite the buzz.

Not only did District0x raise $9 million in an initial coin offering last year, backed by Boost VC and CoinFund, to name a few, but holders of the ERC-20-based native token, DNT, are already making decisions about the project’s future.

And that’s perhaps surprising since the application isn’t exactly live yet. Instead, holders of DNT are able to vote with those tokens in a kind of test environment – one that’s all about picking the sickest memes.

And these memes – from a television flashing the word “HODL while a fire rages around it to Vitalik Buterin doctored to look like Jared Leto’s The Joker – will eventually be sold within the Meme Factory, an eBay-like marketplace for provably rare digital memes.

The still nascent community has already voted to whittle 100 choices down to the 12 original, limited run memes that will launch with the site.

“Everyone has kind of suffered through the bear market,” Joe Urgo, one of the founders of District0x, told CoinDesk, adding:

“Communities have dwindled in general but I’d like to think ours have held up better than most due to that level of engagement that they might not have had otherwise.”

Sure enough, District0x, announced in May it would run the community polls as a way to start educating its supporters about its community governance mechanisms and give them a sense of all the possibilities.

But the polls haven’t just focused on winning memes, the company also gave DNT holders a chance to cast votes on the design of Meme Factory itself, from the basic layout of the webpage to the logo for the site’s new cryptocurrency, DANK.

This second token, DANK, is being used currently to incentivize people to participate in the polls. There are one billion DANK tokens, 80 percent of which will be given to community members participating in votes.

Although, once Meme Factory goes live, DANK will be used to run its token curated registry – a way for the community to decide which memes are good enough to get sold on the site.

And as for the DNT token once the platform goes live?

Once the platform is fully built, other entrepreneurs will be able to build websites, or so-called “districts,” with a variety of purposes hoping to attract a community. These districts will be decentralized autonomous organizations (DAOs) that enable posting, searching, reputation and payments, all using District0x’s software. For instance, outside of Meme Factory, District0x also built Name Bazaar, which allows users to buy namespaces on ethereum (firstnamelastname.eth).

The DNT then will be used as a staking mechanism, making sure voters are putting their money where their mouth is as it relates to community decisions.

Speaking to this new way of collaborative building, Urgo said, “We see blockchain and tokens allow all kinds of uses that were never possible before.”

As it relates to the memes, current token holders have quite a bit of say in how those images will appear to interested buyers.

The memes resemble a trading card, except digital. So far, DNT token holders have gotten to vote on what the proportions all memes should be (users voted for 2 x 3, the proportions of a mobile phone’s screen) and what the back of each meme card should look like.

“On the one hand it’s very early days for us, but on the other hand we’re seeing what DNT was originally proposed to do.”

Looking back, though, Khoriaty said he wished the team had thought more about interdependencies.

While this wasn’t an issue for all the 12 best memes selected, according to Khoriaty, it wouldn’t have been a problem at all should they have thought harder about the order in which they wanted the community to be able to decide different questions.

But stepping back, the votes that just happened work in a clever way so as not to turn away token holders that weren’t interested in locking up their tokens for less serious polls.

Later, when a user stakes their tokens, those tokens will be locked up, meaning that user then wouldn’t be able to sell those tokens on an exchange immediately. This lock-up is likely a bit nerve-wracking for current token holders since the network isn’t live, stable and proven, which means the token price could be subject to substantial dips.

As such, each time there is a vote on Meme Factory right now, the protocol takes a snapshot of the current distribution of DNT tokens across ethereum. It then gives every wallet a new token – a fake DNT – to use in the poll, matching the number of tokens they actually own.

This way, users can stake their current balance to vote, without locking up any real DNT.

“We gave a lot of elementary low impact votes for people to participate in – things that don’t really affect the inner workings of the app,” Khoriaty said, although he added that he’d like to see the questions asked become more fundamental, such what a district’s roadmap should entail.

They’ve been doing one vote per week since August 20. The results of the final vote, to pick the first 12 memes, was posted on September 25.

With a circulating supply of 600,000,000 DNT tokens, the most popular vote was for the DANK token logo, in which more than 70 million tokens voted. Normally, votes see participation from about 60 million tokens (although that doesn’t mean anywhere close to 60 million users, since users have more than one token a piece). The latest poll, another round of the community’s favorite memes, had the lowest turnout, with only 39 million tokens voting.

While a date hasn’t been set for the live release of Meme Factory, the founders say they’re learning a lot from the community, through discussions on Discord and Telegram, during the votes.  A lot of this feedback helps them understand gaps in their educational materials.

“Our users are basically challenging us to come up with details that we didn’t even realize we were missing,” Khoriarty told CoinDesk.

Urgo says the company will spin up five more districts and then they will release their “editor,” what the team calls its software for allowing other people to create districts that use the DNT token for governance.

Speaking to how the lessons learned now can be applied by other projects going forward, Urgo concluded:

“It’s all very much a governance experiment to see what the community wants to have a say in.”