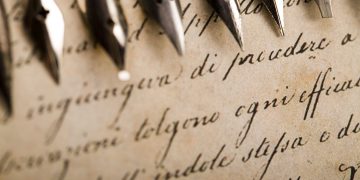 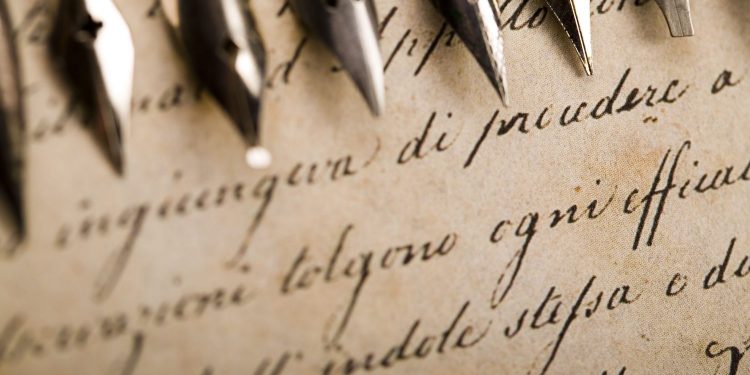 Bruce Fenton is CEO of Atlantic Financial, founder of Chainstone Labs, host of the Satoshi Roundtable and board member of Medici Ventures.

The bitcoin white paper changed how money can work, yes, but less discussed – and even more important – is how it is changing how we share and place value on ideas.

As we look back at the 10 years since bitcoin’s white paper was first published, I think it’s clear Satoshi’s words aren’t just words. Like another famous white paper, Alan Turing’s “Computing Machinery and Intelligence,” bitcoin’s was clear and scientific, describing with authority a particular – and new – idea.

This is an important differentiator. We tend to think of bitcoin as the network, nodes, miners and HODLers, but it’s really an idea, first expressed in the white paper. (Many so-called white papers today are simply marketing or legal documents.)

Everything that came after, including the code, is a continuation of that idea. An ideal white paper, then, is an objective description of an idea. Beliefs about what the idea means can change, but if an idea is good people will build on it.

The concept of bitcoin as an idea is basic, but it’s also easy to misunderstand.

Bitcoin was a new invention that could do things that were not possible before. The world just does not work the same way as it did before the existence of the bitcoin white paper and its idea. That’s a big distinction from describing an idea based on an existing invention.

One can argue that they think an idea is bad or they can say that they think that it won’t have much application or adoption. There are valid debates about the technology, but the basis for them should acknowledge that the idea exists and is indeed new.

At least for now, bitcoin does work. It also works in a different way than anything else before it ever worked: this is important. Those who criticize the technology without understanding what it can do as “nothing more than a database” are missing this key point.

It really is a new idea and can do things differently.

Once we have a basis to agree what an idea is, we can begin work on that idea.

I was early enough in bitcoin to see this firsthand: a mostly unified vision of what this experiment might do. In those early days, there was also much less focus on day-to-day economics. Early on, it’s easy to gather around a vision. As time goes on and interpretations of the idea change, there will be differing opinions about direction.
White papers, like bitcoin’s, both help people gather around an idea that they share in common and serve as a guideline for future people working on that idea.

When those interested in bitcoin as an idea differ on the direction of a project, they can choose from several options:

Ideas, at least at first, are always centralized.

On day one, no one really disagrees about what that idea means. The creators of that idea can be very clear and no one can say “this is what you meant.” This key early centralized authority to define and start a project is crucial.

But as bitcoin adapts and grows, we’re seeing that disagreement unfolds in a special way.

Bitcoin is like planting a forest: an idea started with somebody planting a seed. In the case of the bitcoin white paper, the planter was Satoshi Nakamoto.

Then people come along to water that seed (early developers). Then more people help: other developers, companies, and individuals begin to support it. People take clippings from this little tree that’s now growing and they plant their own copies of it.

Some are an identical copy, some use the same seeds, some are clones. Some are mutants, some are what some call weeds. Some die.

Eventually a whole bunch of people plant more plants, water them, feed branches and together we built a forest. It’s in the later stages that it gets more and more tricky. As systems become large and complex, there are more stakeholders and disagreements.

It is inevitable that there will be shifts and splits, fragments and schisms. You can hang out in any section of that forest you want.

But when people disagree, bitcoin (the idea) has a unique mechanism to deal with this (as do other the projects which copy it in form and substance). Bitcoin is a huge network now with diverse participants with diverse goals. Many of these participants may or may not like every aspect of the way that bitcoin evolves.

But, we all have shared incentive as participants in the network to make the work network work. If it is got a network effect and it’s secure, then we are going to continue to use it.

A key part of the invention is that bitcoin is designed to prevent mob rule.

Efforts in the past in global politics have worked on trying to fight, control or end mobs. In crypto, mobs can go their own way. People who agree to a certain set of rules can participate on a network with any set of rules that they agree with.

The mob does not have the ability to outvote them. They can still run that chain. The only effect other individuals can have is to move elsewhere and build something new. If it makes your system obsolete then you can choose to follow them.

Inevitably as with all important texts, we had major groups which fractured and disagreed over their interpretation of the paper.

Ultimately, in bitcoin, each party is able to run the code that they prefer based on the rules that they like. People are free to choose their own personal interpretation of what the white paper means (or whether that is even relevant or important).

The success and popularity of bitcoin helps to contribute to a new governance system. This could perhaps affect commerce and other voluntary interactions: the ability to voluntarily run the code with the rules you want.

Many people do not understand this. We still have people concerned about the centralization and control over bitcoin by key developers or companies. Other projects may have more centralized or influential personalities. While certain people have great *influence* over some projects, they only have control if they control consensus.

This is what’s great about decentralized open-source projects, and it’s a critical part of bitcoin as an idea.

Running code is like running your own personal Constitution. When you run the bitcoin software, you are agreeing to a set of rules that can’t be affected by mob rule. If times or your beliefs change, the system allows you to adapt and change with the rules you prefer.

Whatever comes next, the white paper will be the root of it all.