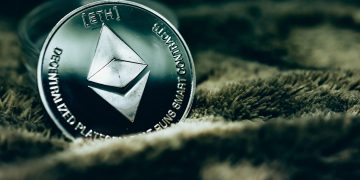 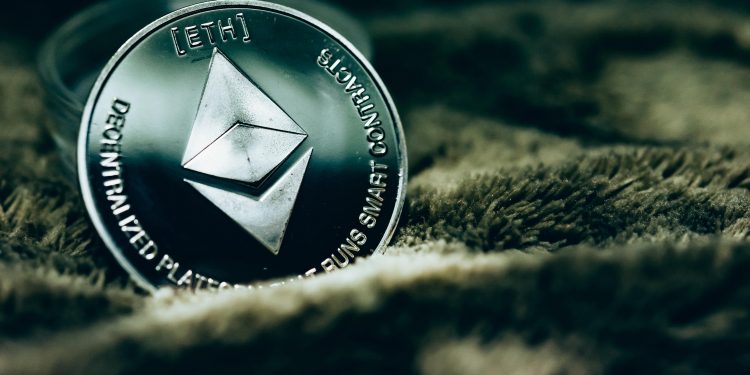 The world’s third largest blockchain by total value, ethereum, is about to upgrade its code.

Named Constantinople, the system-wide upgrade, or hard fork, is set to enact several tech improvements, most designed to increase usability and improve smart contract design, should users of the network decide to upgrade to the new software when it’s introduced this week.

Already, excitement is gathering around the upgrade, with developers pointing to one particular update – named EIP 1014 or Skinny CREATE2 – as potentially paving way for new technical innovations.

Still, statistics currently demonstrate that the adoption of Constantinople have been low to date. While developers say the metrics in question are not a fair representation of overall support, it’s worth keeping an eye that this doesn’t interfere with the upgrade. That’s because Constantinople is a kind of upgrade known as a hard fork. In such an upgrade, all nodes within the network, such as miners, exchanges, businesses and users storing full copies of the blockchain, have to update their software.

If the platform’s stakeholders don’t update their software, this could lead to the creation of two incompatible blockchains. Cryptocurrencies such as ethereum classic and bitcoin cash were formed out of such an event.

In order for such an outcome to occur, though, and for the split chain to persist, there must be some incentive for users to want to continue to run the older instance. In that regard, Constantinople is an upgrade that has seen widespread community support.

One upgrade in particular – the removal of the difficulty bomb – is largely viewed as necessary for the continued health of the network and the operation of ethereum’s blockchain.

Yet while largely non-contentious, Constantinople hasn’t been without its drama. Because it features a tweak to the platform’s economics – reducing the block reward from 3 ETH to 2 ETH per block – in its run-up, developers were forced to navigate the conflicting views of investors and miners, each grappling for a different outcome.

Because of the change, Constantinople has also been nicknamed by some as “the thirdening,” a homage to bitcoin’s regular “halving” events, by which its software programmatically reduces the amount of new supply it introduces at intervals.

As such, it’s worth watching the upgrade as it occurs.

On ethereum, hard forks are triggered at a particular block number that has been hard-coded into the upgrade software. To participate in the upgrade, miners, exchanges, businesses and users running full nodes must download new software in advance, which will trigger the hard fork when a certain block number is reached.

Constantinople is planned to activate at block number 7,080,000. However, because the time it takes to create blocks tends to fluctuate, establishing when exactly the hard fork is going to hit can be difficult.

Still, there are a number of websites that measure the time it takes to produce blocks and try to estimate when the hard fork will occur.

One such countdown is available on blockchain monitoring and analytics firm, Amber Data. According to the website, Constantinople is due to activate on Thursday at around 4:00 UTC.

Another fork countdown website is data resource CoinGecko, that shows similar estimates to Amber Data – predicting the fork to activate at around 3:30 UTC Thursday.

A countdown timer by release manager for the Parity Ethereum client, Afri Schoedon, states Constantinople is due to activate on Thursday at around 3:09 UTC.

Schoedon’s countdown has the broader function of tracking the growth of the ethereum blockchain. While there’s subtle differences between each prediction, according to him, this is due to how websites approach the calculation and is likely to reconcile as the block number approaches.

“Mine uses a fixed-time average, so it will be more and more accurate the closer we get to the fork,” Schoedon said.

Deployed by developers to track the progress and health of the upgrade, one of the most useful tools for tracking Constantinople progress is the fork monitor. This tool allows developers to monitor the hard fork in real time, providing a visual graph of the blockchain data as it accumulates.

Using this tool, developers can witness the network diverge into Byzantium (the current software paradigm) and Constantinople blockchains, and can ensure that no further blocks are being produced on the old chain.

The monitor also tracks the difficulty and hashrate of both chains, which should differ substantially once the block number has been reached. If any non-orthodox network activity occurs at the fork time, this will show up on the monitor as well.

That said, it’s worth noting that small diverges in ethereum’s blockchain are normal. Tiny forks frequently occur – and are quickly abandoned – due to ethereum’s use of what is called an “uncle,” that allows the platform to have faster block times by abandoning the occasional block.

When it comes to the fork activation point, the difference between a split and an uncled block will be obvious, as it should be a clear, permanent divergence between the two blockchains.

Still, the monitor only tracks ethereum’s two most popular software clients, Geth and Parity, that together account for roughly 70 percent of the overall network and may not be 100 percent accurate.

Critical to this particular upgrade is the mining hashrate, and the ways in which it might differ once the hard fork has occurred. A metric which reveals how many miners are participating on the blockchain, this is a good way to demonstrate the upgrade’s overall support.

Additionally, miners are a key party responsible for orchestrating a chain split, because they are the party that ensures whether a transaction will confirm by sorting those transactions into blocks.

As such, it’s worth keeping an eye on whether hashrate continues, and for how long, on the Byzantium blockchain.

Hash rate on both sides of the upgrade is visible on the ethereum developer’s fork monitor tool. Additionally, metrics website Etherscan shows a graph of the network’s hash rate over time.

Still, the current ethereum software contains what is known as a difficulty bomb, an algorithm that increases the mining difficulty overtime, eventually to the point that mining Byzantium is impossible.

While the difficulty bomb has been delayed on the Constantinople software, it’s presence on Byzantium means that even in the case of a split, it is unlikely to persist beyond a couple of months, unless Byzantium is still seeing active development.

While not responsible for confirming transactions, another critical party within the ethereum ecosystem is nodes, that run ethereum software and store full copies of the blockchain.

Full nodes are typically run by developers, businesses, mining pools and users that use full nodes to benefit from increased privacy and security. Users running full nodes can also witness the blockchain fork in real time from their own computer.

Currently, a tracking website called Ethernodes shows low statistics for the adoption of the Constantinople upgrade. According to the monitor, the total number of Constantinople compatible full nodes on Geth and Parity is a mere 15.5 percent.

Yet while this is a surprisingly low number, Peter Pratscher, CEO of top ethereum mining pool Ethermine, and owner of the Ethernodes website, said that the number was inaccurate, and that adoption is actually closer to a majority.

“The adoption you see on [Ethernodes] is not fully accurate as the explorer calculates this statistic taking into account lots of obsolete [and] old Geth/ Parity nodes,” he said in an email.

Speaking on Twitter, Parity’s Schoedon echoed this, stating that Ethernode’s scraping software includes many nodes that are no longer operative, and ignores nodes that do not correspond to its network queries.

According to this tool, the total number of upgraded nodes is currently 44 percent. While this is still low, according to Schoedon it isn’t cause for concern.

“An upgrade rate of 44 [percent] is (probably) fine as long as we communicate the importance of the upgrade to the key stakeholders of the ethereum ecosystem,” Schoedon tweeted.

Perhaps the most engaging way to watch the activation of Constantinople is with live commentary from the developers who wrote the code.

Mimicking the style of ethereum’s core developers biweekly meeting, developers are gathering together to watch the code switch in real time.

“It is basically a live stream of core developers and potentially some community members joining a Zoom call. It is both a celebration of Constantinople happening and a call to monitor the transition,” Hudson Jameson, developer relations for the Ethereum Foundation, said.

Accessible by the public on YouTube, the meeting is due kick off shortly before the upgrade happens.

You can listen in to the livestream here.

Finally, another metric to monitor surrounding the upgrade is the price of ether, which may fluctuate in the run up to and following the upgrade.

To keep an eye on this, the CoinDesk Price Index will monitor any shifts in real time.