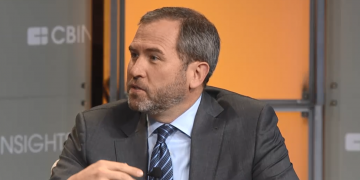 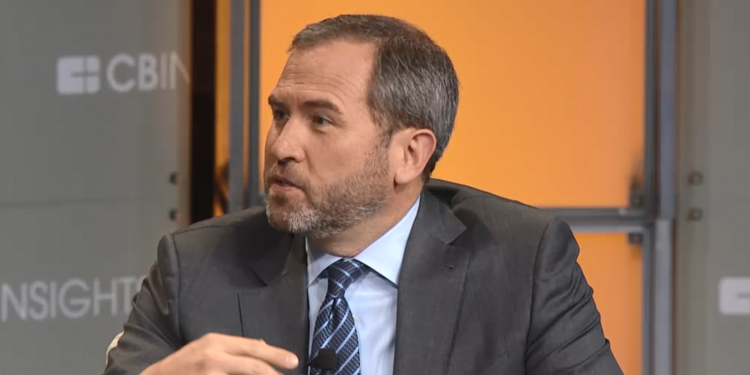 Monday will bring the next chapter of a long-running and closely watched lawsuit against Ripple.

The plaintiff, Barry Sostack, has until the end of the day to file a response to the startup’s Sept. 20 motion to dismiss. Assuming it isn’t dismissed in its entirety, the case, which seeks class action status, may move into discovery next year.

At the heart of the dispute is an almost existential question: Whether XRP, the cryptocurrency that Ripple periodically sells to fund its operations, is a security that should have been registered under U.S. law. If it is, as the plaintiff’s complaint argues, Ripple could be at risk of possible enforcement actions by regulators.

But the suit is not likely to settle the matter, legal experts said.

“No one’s finding out whether XRP is a security anytime soon, if ever, at least through this proceeding,” said Rebecca Rettig, a partner at FisherBroyles.

For starters, Ripple’s last motion largely sidestepped the issue. It simply argued that Sostack waited too long to file the complaint and that he did not adequately demonstrate that he bought XRP during the initial sale or from Ripple.

And the company may never need to tackle the question – at least, not to win this case.

“The defense lawyers have done a good job so far,” he said. “They’ve shown some good tactical skills, they could win but even if they do there are a lot of other things that could happen.”

Ripple’s general counsel did not respond to a request for comment for this article.

While Ripple’s motion to dismiss touched on the question of XRP being a security, it did so as a footnote rather than an argument.

Paul Godfrey, a Florida-based attorney, said that Ripple made “both a statement and a legal conclusion in its introduction,”  noting that the introduction to the filing stated flatly, “the crux of [plaintiffs’] claims is the false assertion that XRP is not a currency, but rather a security.”

The question of whether XRP is a security is a legal conclusion, said Godfrey (who clarified he has not litigated in federal court and does not practice securities law). While Ripple does make the conclusion, it does not actually argue the fact.

“Ripple does not advance any argument to prove such a denial … Accordingly, it is addressed, but not argued,” Godfrey explained.

Arguing that XRP is not a security would be “too risky of a strategy,” Rettig said. Trying to make this point in court would require a fact-intensive analysis at the least.

Focusing instead on “straightforward legal defenses” allowed Ripple to avoid having to fight this point, she said:

“If you have independent grounds for a dismissal, [and] you don’t have to get into a fact-intensive analysis, why do it?”

Moreover, Ripple’s statement that XRP is not a security because it is a currency may not necessarily hold up.

Something can be a currency and still be a security or investment contract under securities law, Palley said.

“Basically just because it’s one thing doesn’t mean it can’t be another. It can be a security for one purpose and currency for another. The application of one framework doesn’t exclude another,” he said.

He pointed to the U.S. Securities and Exchange Commission’s ongoing legal battle with Kik Interactive, the company affiliated with the kin cryptocurrency.

Kik has argued in court that kin is a currency and therefore cannot be a security, Palley said (the SEC disagrees with this assessment).

Rettig said Ripple’s use of the “statute of repose” argument – meaning the company argued the defendants are too late in filing the lawsuit – was interesting, and has been used successfully in other cases.

The statute of repose is a period of time after a sale begins where parties can file suit for alleged wrongdoing. It differs from a “statute of limitations” in that the latter only starts after “the victim learns of the misconduct,” according to a New York Times column by law professor Peter Henning.

“The statute of repose argument … was used successfully a number of times in cases bringing Securities Act claims relating to mortgage-backed securities six or seven years ago, which provides precedent the defendants could rely on,” Rettig explained.

Ripple’s use of the facts presented in the plaintiff’s August complaint also bolstered its motion.

“When plaintiff first filed the amended complaint, there was a lot of discussion about how novel and interesting it was that plaintiff cited extensively to websites, to social media and the like,” Rettig said. “It was an interesting tactic and it made for a robust [complaint].”

Ripple was able to piggyback off of this tactic to introduce additional facts of its own, though. Rettig explained:

“Usually defendants can only use the facts alleged in the complaint itself or the facts incorporated by reference in a complaint in defending against claims on a motion to dismiss. Here, however, defendants were able to use all of the facts in the documents, websites and social media posts to which the complaint cites in rebutting plaintiff’s claims.”

Godfrey added that Ripple “strikes a seemingly fatal blow” at part of the plaintiff’s amended complaint by using the facts the plaintiff provided.

“By showing no relief was available for count 1, Ripple was able to demonstrate there was a failure to state a cause of action for count 2,” he said.

In the filing expected Monday, the plaintiff can try to move the case forward in a few different ways.

Rettig said she thinks the plaintiff might either “try to make a ‘relation back’ argument, which means they’re going to try to ‘relate back’ to the first filed case alleging that Ripple violated securities laws.” Ripple has been facing lawsuits alleging it sold XRP as an unregistered security since at least May 2018.

However, this may not be a winning strategy, given that Ripple has already argued in its motion that the plaintiff would lose under the statute of repose, Rettig said.

“Plaintiff also relies on a ‘continuing sale’ theory and they may apply that argument to the statutory requirement that the statute of repose runs from the date the security was ‘first bona fide offered to the public,’” she said.

Godfrey said the eventual discovery process could help the plaintiffs verify whether or not they actually bought XRP from Ripple, saying:

“If I were Plaintiff’s attorneys … I would focus on the fact that while the inference could not be maintained in the past, with present technology and some well-aimed discovery, it would be quite easy to determine whether or not XRP was purchased by Plaintiffs from Defendants.”

Palley noted that because some of the claims are based on secondary market transactions, there could be no privity, or legal relationship, between the plaintiff and Ripple with Sostack’s actual purchase of XRP.

XRP and the Interledger protocol also allow for every transaction to be traced, Godfrey said.

Procedurally, Palley pointed out that a class would need to be certified at some point as well, which would also include a class certification briefing.

One concern for Ripple is the fact that it will likely remain a target for lawsuits even if it wins in this case, Palley said.

Many companies in the crypto space are difficult to sue because they have no money. Ripple does not have this issue, given its XRP holdings and business.

“[With] ICO class action litigation from an economics perspective, you have to ask … how much money can you recover? Ripple, you have a solid [chance] of money,” Palley said, adding:

“Even if Ripple wins, it’s not necessarily the end, and that’s what’s interesting and people don’t understand the relationship between civil litigation and regulatory enforcement and criminal, and class actions … it would mean something [if the case was dismissed] but it doesn’t necessarily mean it’s the end.”

Tobacco companies have a similar issue, where they have to win every case brought against them. If they lose a single case, other parties can use that loss in lawsuits of their own.

“It’s not like winning this case means that nobody else can sue them for securities violations,” Palley said.

He also noted that, at least in the current litigation, the claim is limited to a “you didn’t register here” argument, but there might also be fraud or securities law claims.

This isn’t to say that parties can sue Ripple and win, just that they can file suit.

“It’s not going to end for a long time,” Rettig said.