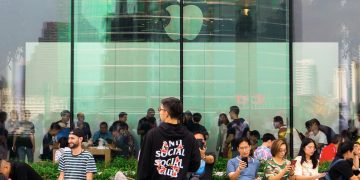 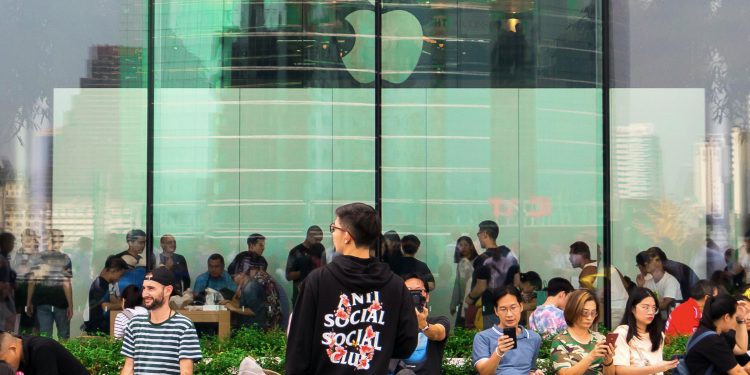 Coleman Maher is the head of partnerships at Origin Protocol, a blockchain platform for peer-to-peer marketplaces. You can follow him on Twitter @colemansmaher.

Two popular refrains by crypto commentators in 2018 were “the herd is coming” and a call for “mainstream adoption.”

Prognosticators openly speculated on the impact institutional investors would have on the value of the crypto assets in their portfolios. Although we did see bitcoin futures launch, exploding venture capital activity and Yale’s endowment dipping its toes in crypto investing, prices have gone down, not up. We are still waiting for this herd.

However, it’s safe to say retail speculation on crypto assets has already reached some level of “mainstream adoption,” as evidenced by constant media coverage by CNBC and Bloomberg and markets like Square Cash, Robinhood and Coinbase. Depending on which researcher you ask, the run-up in crypto prices in late 2017 and early 2018 was fueled largely by retail and enthusiast investors.

In the burgeoning decentralized applications space, on the other hand, the conversation about “mainstream adoption” is focused on DAUs and UX improvements. I have to say — things are not looking good. Usage numbers remain pitifully low and the user experiences offered are generally terrible. The dapp space has been rife with questionable ICOs, outright scams and useless tokens that have lost nearly all their value.

This was an important year for dapp building. There have been a number of impressive development wins, even if user numbers don’t reflect this.

We saw the release of the prediction market Augur, the first ever ICO for a dapp built on Ethereum, after three years of development. Although it isn’t a pleasure to use (yet), it represents a remarkable technical achievement. Augur saw a notable amount of users, open interest and markets opened after launch. This activity dropped quickly, as commentators were eager to point out, but the US midterm elections was a bright spot for Augur.

Over $1 million was staked on Augur in this market, compared to around $550,000 on PredictIt, the leading centralized prediction market. Prominent Ethereum dapps Golem and Aragon also went live on mainnet in 2018. 0x and MakerDAO saw increased adoption and activity, with several successful relayers launching and 1 percent of all ether locked as collateral to issue Dai stablecoins.

Cash sidechains for its suite of games and dapps. My own company’s peer-to-peer marketplace dapp went live on mainnet, as well.

In the bitcoin world, the Lightning Network saw a significant increase in the number of nodes and channels. The list of Lightning apps is growing. Blockstack’s platform now supports dozens of dapps, including Graphite, a decentralized Google Docs alternative.

Many transformative technologies have been accompanied by speculative bubbles, from railroads, petroleum, electricity, to the internet. Frenzied investors have been plowing money into questionable, “oversubscribed” schemes for hundreds of years.

Long after these bubbles burst, primordial companies borne from them, such as Union Pacific, the descendants of Standard Oil, (Edison) General Electric and Amazon, remain giants.

There is a common thread in all of this. Speculators expect too much too quickly, bad actors rush in to take advantage of this, people sour on the technology after market crashes, and this underlying technology does eventually change the world in profound ways — even if it doesn’t make every impatient speculator rich.

I have been exposed to a huge variety of blockchain projects and founders due to my role in dealing with partnerships for a blockchain platform company. Earlier this year, the crypto bull market and ICO mania created an environment of perverse incentives. Short-term greed and FOMO ruled. Many projects focused solely on fundraising and marketing.

There were even rumors of some projects acting like unregulated hedge funds, investing company money into their friends’ companies. Extreme price appreciation inflated many egos. A lack of sensible treasury management and a total disregard of securities laws were shockingly common. We are seeing some of the consequences of our failure to self-regulate now, with SEC enforcement on the rise and once-hyped projects shutting down due to their war chests experiencing 90% drawdowns.

All of this is deleterious for long-term growth. The sooner we rid ourselves of this behavior, the better.

Something to keep in mind is that we are competing with the legacy internet, computer applications and financial infrastructure all while trying to launch a grand, fragile economic experiment.

We should remember that it took decades for automobiles and tractors to overtake horses. This may seem surprising today, but if you consider that early drivers had to contend with a complete lack of supporting infrastructure, it becomes easier to understand. I would liken the current state of blockchain to before the beginning of the dot-com boom, placing us in the 1980s rather than the 1990s. We are still in an infrastructure building phase.

We are not ready for mainstream adoption. Everyone knows that the “layer-one” of public blockchains badly needs to scale. Developers are running into the current limits of blockchain and shifting focus to layer 2 and off-chain solutions.

I predict we will see the terms “Web3” and “decentralized web” more and more in 2019. Another major long-term challenge in the dapp space is that we don’t yet have a proven economic model for dapp tokens. Many dapp tokens which have been good investments suffer from questionable economic design.

Even the dominant narratives about bitcoin and ether — bitcoin being a store of value akin to digital gold, and ether paying for the gas required to use a decentralized world computer — are not universally accepted by researchers.

It will be an ongoing challenge for projects to demonstrate a model that supports the price of their token that is rooted in utility instead of speculation. A dapp token claiming to be like bitcoin’s digital gold or ether’s gas should face extreme scrutiny. Tokens have
tremendous potential to incentivize growth and good behavior. We need to figure this out.

The good news is, there are tons of smart and motivated people quietly working on all of these problems. Testing new economic models and improving the base infrastructure that supports billions of dollars in value takes time.

Finally, we must learn to separate price movements from underlying fundamentals. High prices don’t mean that a blockchain revolution is imminent and low prices don’t mean that the technology is doomed. Things aren’t going to look like what we expected when everyone was drunk off 100x returns, at least not anytime soon.

It will take a while for this technology to mature, but the underlying fundamentals are strong.

The amount of smart contract computations on Ethereum is nearly the same as it was during the beginning of the year, when prices were at all-time highs. This year has seen hundreds of thousands of GitHub commits to blockchain projects and developer tool downloads. Blockchain offers open platforms with novel economic incentives for developers, which will win their hearts and minds in the long-run.

A herd of builders is coming, laying the foundation for mainstream adoption in the future. When this inflection point hits, it will be hugely disruptive. There are going to be applications and use cases we never dreamed of. The world will be transformed by blockchain technology and decentralization.

We just need a little patience.

Line at Apple Store via Shutterstock