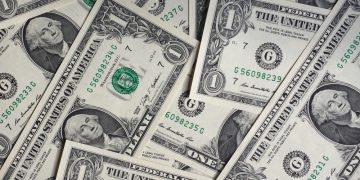 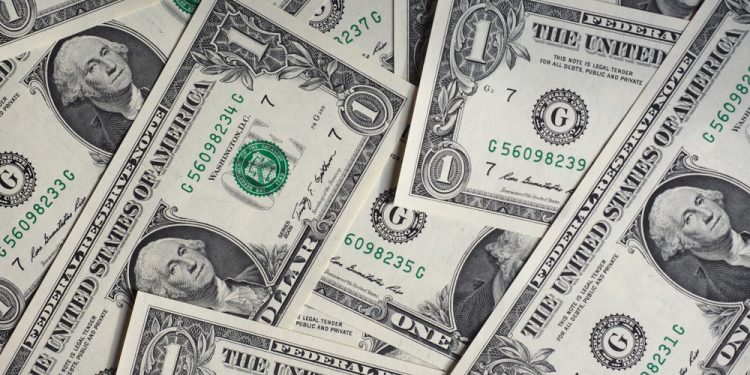 After four months, the ethereum-based stablecoin DAI looks to be maintaining a steady dollar valuation.

Since January, the theoretically USD-pegged token has fallen below dollar valuation, trading hands at or above $1 only sporadically. However, for the past few days, DAI across four different cryptocurrency exchanges has been exchanging above the dollar level and is worth exactly $1 at press time.

MakerDAO is currently the most popular decentralized finance application in the crypto space, according to site DeFi Pulse. There is an estimated 87 million DAI presently in circulation, according to blockchain analytics site Alethio, and an estimated $300 million worth of ether locked in the MakerDAO system that supports the token’s value.

As of now, there are still a number of bids occurring below $1, as recorded by data scientist Alex Svanevik. Specifically, roughly $600,000 in DAI tokens are still trading on leading cryptocurrency exchange Coinbase between the $0.98 and $1.00 range.

However, as Svanevik notes, this is a measurable increase from trades as low as $0.95 which have taken place on Coinbase in the last two months.

“So now that DAI has recovered to [about] $0.99, this is by many considered ‘close enough’ to the $1 peg.” Svanevik told CoinDesk.

To this, David Hoffman – COO of cryptocurrency real estate platform RealTPlatform – reaffirmed in a community call Tuesday that discussions over the DAI dollar peg could soon be moving into “a new phase.”

“The last three months has been how do we get DAI back to a dollar and now it’s looking like DAI is strongly above 99 cents,” Hoffman said during the call. “That brings into relevancy a bunch of new questions like how close to a dollar should we have? What is an acceptable bound to be around a dollar…How long do we want DAI to be around 99 cents to a dollar before we claim that the peg is fixed?”

Utrobin also highlighted on Tuesday that the present supply of DAI has contracted from an all-time high of 96 million DAI in circulation. This supply contraction, according to Utrobin, is a result of consecutive fee increases over the past four months that has slowly but surely caused the DAI peg to get “healthier.”

Svanevik added that, in his view, increased demand for the DAI along with supply retraction through fee hikes has helped the stablecoin achieve a healthier state.

There have been eight consecutive fee hikes in the past four months to programmatic lending protocol MakerDAO which issues DAI tokens in exchange for native ethereum cryptocurrency, ether. Loans to create DAI initially accrued interest at 0.5 percent.

Now, that interest – also called the Stability Fee – for all current DAI loans has increased 39 fold to sit at 19.5 percent. Since the first Stability Fee increase back in February, over 30 million DAI has been burned, according to data from Alethio.

Today, Vishesh Choudhry of the MakerDAO Foundation’s Risk Team reaffirmed on a governance and risk call that “the most clear and measurable impact of the Stability Fee increases” has been contracting DAI supply. However, the impact such supply contractions have had on DAI price Choudhry was less certifiable.

On the other hand, Svanevik suspects that both the recent controversy surrounding dollar stablecoin Tether and the attractive DAI interest rates on cryptocurrency lending platforms such as Compound have caused a higher influx of demand for DAI.

Whether or not the current upward trend for DAI price will last beyond a few short days remains to be seen. “I think it will be a week or two before we can say that the peg is restored with any certainty,” Richard Brown, head of community for the project, wrote in the MakerDAO chatroom Tuesday.

Looking ahead to the potential need for further fee increases, Brown asked today during the call:

“How do we know when the peg is stable? What kind of deviation over time do we deem is acceptable?”

A New Crypto ETF Has Just Been Filed With the U.S. SEC