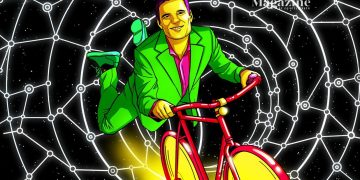 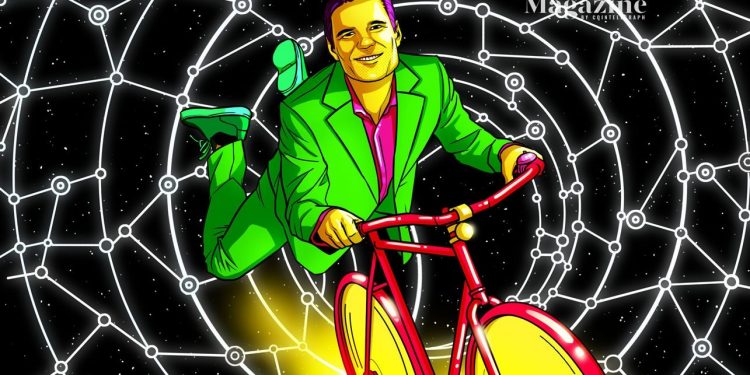 “I was always sort of a different person in math class than I was on the field. I was a very serious person when it came to sports and not always that serious when it came to academics.”

But one particular rugby and football coach also happened to be Tapscott’s math teacher. “He was able to challenge me to always do better.” Tapscott admits he was not always the best math student but because of the positive relationship he enjoyed with his coach, the teacher could “bust my chops and crack the whip” in class.

“It’s really important when you’re a kid to have a goal to focus on, something that’s maybe bigger than yourself. That’s something teams always did for me, which is to make sure you look beyond yourself towards a common goal.”

Growing up in Toronto, Tapscott says he had high aspirations for his upcoming post-secondary experience. The few intellectual super-freaks, he says, might end up going to Harvard, Yale, or Princeton but most kids would go to nearby universities like Queens, the University of Toronto or McGill in Montreal.

Tapscott thought he would likely go with a local option, but his football coach encouraged him to see if he could gain interest from some American schools. One guidance counselor advised him to look into some smaller liberal arts colleges. “Everyone’s heard of Harvard and Princeton and Yale and Columbia, but there are these other schools in New England that are just as good. They’re way smaller, they’re as hard to get into, and they offer a very different kind of experience.”

On a whim, he and his father put together a highlight reel of him playing football, set to AC/DC’s “Hell’s Bells.” They sent the video to Duke, Columbia, Amherst College, Harvard, and others.

Columbia University and Amherst College reached out. Columbia University, in Manhattan, couldn’t be more different from Amherst, “a school in the middle of nowhere,” he says. Tapscott flew down to Amherst, met the team, sampled some classes and attended a few parties. “I got a really good vibe from Amherst.” He figured he would probably spend a lot of time in his future in places like New York and wanted to try this “quintessentially American small-campus experience.”

“So, I got in, largely because I was a good football player. On my academics alone, I don’t think I would have got that.”

Tapscott finished at Amherst with a degree in a major that is unique to the college: Law, Jurisprudence and Social Thought, a hybrid of political science and legal philosophy. “That was very cool to do, but it did not prepare me, at least I thought initially, for a career in investment banking because I didn’t have the practical basic skills like financial analysis and accounting and things like that.”

“But it turns out that if you’re curious and you like learning about one thing, you can learn about the other thing. So I picked that up pretty quick.”

My father, the author

When Tapscott graduated from university, he wasn’t yet sure what he wanted to do with the rest of his life, but he knew that like his father, he enjoyed writing. “For my undergrad, I did an elective thesis where I wrote a 120 page thesis, so it wasn’t something that was totally foreign to me, but I never thought of it as a career.”

After graduating, Tapscott went into investment banking. Canaccord Genuity, the largest independent investment bank in Canada, recruited him on the basis of his strong academic background at Amherst. “The people there had met me before and they were just willing to give me a shot, basically.”

Tapscott spent eight years in investment banking, working with institutional investors, mutual funds, pension funds, hedge funds and large family offices that were primarily allocating capital in the Canadian markets. “It was pretty typical bread and butter investment banking type work, but it was all new to me when I started.”

It’s not that he was trying to do something different than his parents, he explains. “I just wanted to try my hand at something that I’d heard was really interesting. And it was.” The job involved long hours and not a lot of warm and fuzzy congratulatory support, he says, but after surviving the first year or two, it became a very rewarding career. It also helped inform his thinking about blockchain, crypto assets and Bitcoin.

Tapscott modestly insists he’s not an expert. But years of experience, rigorous training as a CFA charter holder, and involvement in “hundreds of transactions, mergers and acquisitions, financings, bankruptcies and so forth” have given him a unique perspective. Extensive financial experience and a passion for writing and technology make for an interesting combination “which, I think, is why people like hearing from me.”

“I speak to a lot of bankers and executives who want to understand this technology better. I think I have some credibility because I actually worked in that business for a long time.”

After several years in the investment banking industry, Tapscott says he paused and “took stock,” reflecting on what he had accomplished and what he wanted to do in the future. He had risen from assistant to director in the equities business and was in a comfortable position. Still, he did not think of his investment banking career as a permanent stay. “So I said to myself, ‘Is this your first job or the rest of your life?’ I decided it was my first job.”

Tapscott began learning about Bitcoin around this time, in late 2013. The more he looked into the technology, he says, the more he became convinced that it was the beginning of a brand new industry. He imagined that the technology that made Bitcoin possible could have a wide-reaching impact on a range of sectors. He considered the process of clearing and settling trades and all the intermediaries and middlemen that play a role and capture value in the process.

On a yearly ski trip with his father, the two discussed their interests. It didn’t take long before the topic of Bitcoin came up, as both had recently come across it. His father was running a research program at the University of Toronto as an adjunct professor, but nobody in the faculty had any practical financial services experience and a similar interest in blockchain technology. His father asked him to write a report for the project, which led Tapscott to write “The Bitcoin Governance Network.” The report addressed questions about governance, scaling and utility with the new decentralized resource. This work, he says, led to other research the pair did together, which eventually led to the book, “Blockchain Revolution.”

“My dad’s written tons of books, many hugely successful, like ‘Wikinomics’, ‘The Digital Economy’, etcetera.” Don Tapscott’s literary agent was interested in the new subject matter, explaining that nobody had written an intelligible book that explains blockchain to a generalist reader and business audience. The agent felt the father-son angle was an asset that could make the book more marketable. Soon, the pair wrote a book proposal and went to a publisher the father had worked with in the past. “They offered us a deal which we thought was more than fair.” The publisher would help fund all the necessary research and the work they needed to do to complete the book. “So, we got the deal.”

Tapscott did not want to leave his investment bank job before receiving his annual bonus, due to arrive months later. “So I hung around. I was writing this book proposal sort of in secret with my dad for the first four or five months of 2015. In June, I got paid out and the next day, I quit to write a book, which I’d never done before.”

His colleagues were stunned. “Some of them thought I was nuts. Some of them also understood that it was a really cool opportunity.” Had he left the job to go to a competitor, he says, his employers would have been very upset with him. “But you go to do something radically different, you go to pursue your passion, what’s someone going to say? They’re going to say ‘Good luck. We wish you all the best. We’re happy to support you.’ And that’s what they’ve done since.”

The pair spent most of 2015 writing together, finally releasing the book in May 2016. The timing, Tapscott says, couldn’t have been better. The book was released just as people started to care about the space, and it “ended up being massively successful.”

According to the publisher, Tapscott says, the book sold more copies than all other books on the subject of blockchain combined, and has been translated into nineteen languages. “You know, Mongolian, Romanian, Chinese, Korean, Japanese, etcetera. It’s kind of wild to see. I have all these copies of the book on my shelf. I don’t know how many copies we’re selling in Mongolia but it does exist.”

6 Questions for Wendy O of The O Show – Cointelegraph Magazine

Open Source or Free for All? The Ethics of Decentralized Blockchain Development – Cointelegraph Magazine

Open Source or Free for All? The Ethics of Decentralized Blockchain Development – Cointelegraph Magazine