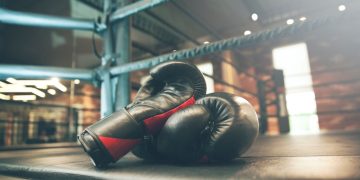 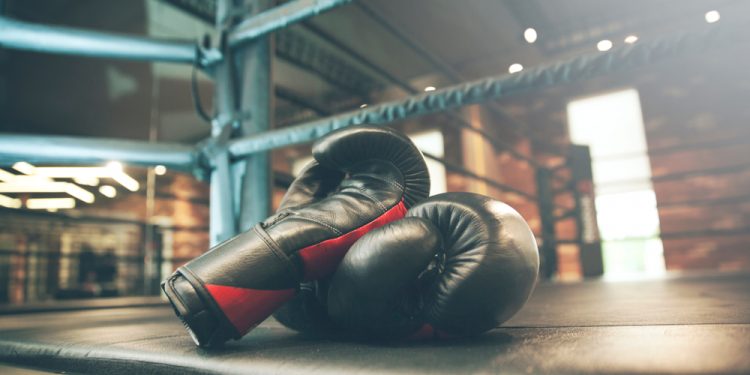 It’s been six days since the bitcoin cash split and neither side looks ready to call it quits.

What’s more, cryptocurrency exchanges that froze holdings of bitcoin cash in lead-up to Thursday’s contentious hard fork activation are beginning to warm up to idea that bitcoin cash may forever remain two cryptocurrencies.

On Tuesday, Coinbase, one of the largest U.S.-based cryptocurrency exchanges, affirmed it was “now prepared to resume limited trading in [bitcoin cash],” designating the Bitcoin “Adjustable Blocksize Cap” or Bitcoin ABC chain with the bitcoin cash (BCH) ticker.

In addition, Coinbase added that its intention was to eventually “support withdrawal services for the [Bitcoin Cash “Satoshi Vision” or Bitcoin SV] chain” but that development work for this would likely take “at least a few weeks.”

Other exchanges such as Poloniex and Bitfinex have already begun supporting active trading for both networks, simply doing away with the original BCH symbol entirely and differentiating the two cryptocurrencies as BCHABC or BAB and BCHSV or BSV.

In addition, data from Coin Dance indicates that the Bitcoin ABC chain is leading Bitcoin SV both in terms of block count and proof of work.

Despite the clear disadvantage in terms of market price and the number of blocks mined, proponents of Bitcoin SV affirm that plans to eventually outpace the Bitcoin ABC blockchain are unwavering.

Craig Wright, a leading Bitcoin SV proponent and the chief scientist at nChain – which developed the Bitcoin SV roadmap – told CoinDesk that “We’re still competing. This is going to take some time. This is not a split, this is one survives and one dies and it is not going to be us that dies.”

Explaining that the Bitcoin SV chain would ultimately come out as the victor by “bankrupting” the other side, Wright contended that the current computational energy or “hash power” supporting the Bitcoin ABC network was unsustainable. Predicting that an eventual slowdown to hash power would enable Bitcoin SV to overtake the ABC chain and shut it down completely, Wright referred to his tactics as “persistence hunting.”

However, on the Bitcoin ABC side, proponents such as Roger Ver, CEO of mining pool bitcoin.com claim that the current hash power going to mine blocks on Bitcoin ABC can sustainably run for months.

In a weekly rundown of bitcoin cash news on the official Bitcoin.com Youtube channel, Ver said:

“It’s none of your business where the hash rate came from and it’s not for a single day, it’s for as long as we want. We can go for a single decade if we need to so bring it baby.”

As such, the competition between Bitcoin ABC and Bitcoin SV is far from finished given persisting sentiment that a hostile takeover of either chain is well within the realm of possibility.

Wright claims that over the long haul his network will accumulate enough hash power to launch a 51 percent attack – which simply indicates possession of the majority of computing energy on the Bitcoin ABC network to create invalid transactions and blocks.

This has been an ongoing threat posed even before hard fork activation on Thursday.

Though most assumed such an attack would be imminent after the Bitcoin ABC chain took the lead in creating the longest-running bitcoin cash chain, Wright explained to CoinDesk that his method of fighting – which he called “persistence hunting” – was never about “quick bursts” of activity.

“We follow behind, we track them, we keep them on their tails, we basically make them expend money until they burn out,” said Wright.

But speaking to the possibility of a 51 percent attack, bitcoin cash developer and supporter for Bitcoin ABC Chris Pacia emphasized in a Medium post published Saturday that certain measures had already been put in place to prevent massive reorganizations to validated blocks on the ABC chain.

Called checkpoints, the additional software unique to the Bitcoin ABC network ensures that no proposals to replace or “reorg” blocks before a certain “checkpoint” can be approved on the blockchain – no matter if the proposal is made by the longest running chain.

Though criticized as being against the core principles of reaching consensus on the blockchain, Pacia asserts that the technology of checkpoints has been widely used since 2010 even by the pseudonymous creator of bitcoin, Satoshi Nakamoto, to safeguard the blockchain against 51 percent attacks.

It’s important to note that the implemented checkpoint on Bitcoin ABC does not prevent possible reorgs of blocks created after hard fork activation.

Only blocks before the checkpoint are safe from malicious attacks by a competing blockchain, meaning, as Pacia hints in his article, they are useful to prevent against a 51 percent attack by Bitcoin SV miners “mining a hidden chain” since before the bitcoin cash split.

With new blocks being created each day on Bitcoin ABC, the likelihood of a 51 percent attack at present sabotaging any of these blocks through Bitcoin SV hash power is not out of the question.

However, Bitcoin ABC developer and miner Jonathan Toomin told CoinDesk there are a series of options.

First, the Bitcoin ABC chain can continue to mine at a loss to the bitcoin blockchain as suggested by Ver. Bitcoin ABC can also revert hash power to bitcoin and only redirect as necessary to the network when under threat of an imminent Bitcoin SV attack. Finally, on the matter of block reorgs, Toomin suggests:

“There are also some technical solutions to protect against reorg attacks even without hash rate, like writing code that simply prevents reorgs that are more than six blocks deep. If we do either of those two things then we can get revenue parity with BTC while still keeping [Bitcoin ABC] safe from attack.”

When asked whether an alternative counterstrike on the Bitcoin SV network by Bitcoin ABC miners was possible, Toomin affirmed that while “ABC could attack SV with hash power superiority …. we choose not to.”

“The ABC side believes that anybody who wants to implement a coin with their own ruleset is welcome to do so. They may create and innovate freely without asking anybody for permission … [Bitcoin ABC] has not used [hash power] to destroy BSV because that would be a violation of our beliefs. We prefer not to launch preemptive attacks,” said Toomin.

Losses on both sides

Still, the reality is that both Bitcoin SV and Bitcoin ABC miners are mining at a loss.

According to figures on Coin Dance, bitcoin cash miners would make 75 percent more profit by mining the bitcoin blockchain than either the Bitcoin SV or Bitcoin ABC chain.

This is especially pertinent to mining pools such as Ver’s bitcoin.com, which has purposely redirected hash power away from mining bitcoin (BTC) to mine bitcoin cash (BCH).

But unlike before the split, the price of bitcoin cash is far from what it once was.

According to markets data site TradingView, the price of bitcoin cash a day prior to hard fork activation hit a high of $504.04. Since its creation, Bitcoin ABC has barely shot over a price of $300.

What’s more, though Bitcoin SV reached a peak of $170.97 shortly after launching, the cryptocurrency has since declined steadily in value over the course of the past six days to sit roughly at $60.00.

As a result, several proponents of the wider cryptocurrency space assert that at present heavy losses are being experienced on both sides.

Saying that “everyone lost” and that damage had been done to the reputations of leaders on both the Bitcoin ABC and SV side, Ryan X Charles – CEO of online payments platform MoneyButton – affirmed with CoinDesk that events were “not over yet.”

Agreeing with this sentiment,  Taariq Lewis – CEO of digital payments network Promise Protocols – also affirmed that while the split had “hurt the cryptocurrency’s perceived value” in the markets, his prediction was that both Bitcoin ABC and SV would continue to “survive.”

“They will both survive. [Dogecoin] survives and Bitcoin Gold survives. We have precedent that as long as a cryptocurrency has a community, it will not die,” said Lewis.

As such, the question remains: will Bitcoin ABC continue to maintain the lead as the dominant bitcoin cash network or falter to suffer network attacks promised by Bitcoin SV miners who themselves may or may not have the resources to support such operations in the long-run?

At the end of day, the expected outcome to the ongoing bitcoin cash controversy as highlighted by bitcoin.com CEO Roger Ver doesn’t look to be a “win” for either side.