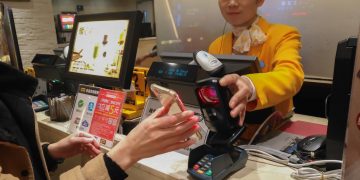 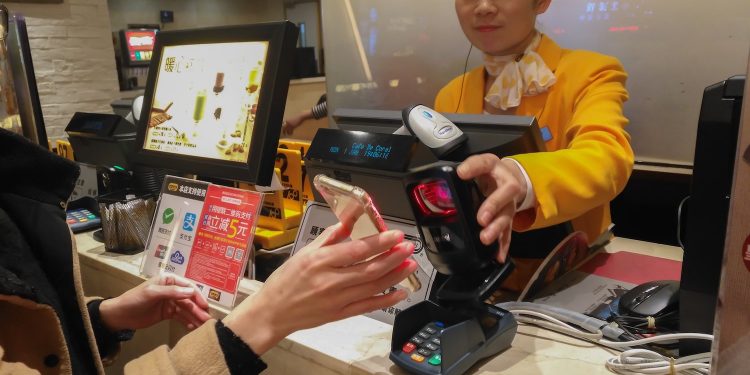 Cash appears to be disappearing from China’s teeming cities.

Foreign tourists talk of struggling to buy things because they don’t have Alipay or WeChat Pay installed on their smartphones and because merchants no longer bother to accept the banknotes they get from ATMs.

These stories elicit fascination among Americans, but not much more. Here in the U.S., many can’t grasp what the big deal is about digital payments. After all, pulling a credit card from your wallet isn’t much more inconvenient than pulling a smartphone out of your pocket and it costs you – if not the merchant – no more than if you used cash. To the average American, China’s system seems no different from Venmo or Paypal, just more pervasive.

But as Andreessen Horowitz partner Connie Chan told me during a fireside chat at the HYTSA conference at Stanford a week ago, the real benefits of China’s cashless revolution lie in how this new, software-based system of value exchange has become a platform on which new business models can be built.

Digitizing payments in this way, at very low cost, enables micropayments and seamless integration across different service providers, which in turn means merchants can provide a variety of new services to customers over an app. This helps to enhance the user’ experience, boost loyalty and engagement, and build network value.

Consider how Kuguo, the most popular of a number of Chinese music apps, provides “song coins” to fans, based on their level of engagement, which they can exchange into renminbi, the local currency.

Essentially, by removing intermediation costs from the payments system, Alibaba affiliate Ant Financial’s Alipay and Tencent’s WeChat Pay – which together now boast a billion users, according to Aite Group – have created a seamless foundation for a whole new digital economy. Chan says this is where U.S. app developers are being left behind, because their products can’t integrate with this new model.

The relevance in this for CoinDesk readers, with their interest in cryptocurrency and blockchain technology, starts with the fact that this dream of a seamless, micropayments-enabled system of hitherto impossible new services is one that’s often cited by crypto enthusiasts.

So, does China prove that you don’t need a blockchain to build a new Internet of Value, powered by device-to-device exchanges in an Internet of Things economy?

There is a very real and illuminating limit to China’s system: It can’t easily go outside its borders.

Although some U.S.-based providers are now creating services for Chinese tourists so they can buy things in America with their WeChat Pay or Alipay accounts, most of the activity on these networks happens in China. Most importantly, while Alipay and WeChat Pay are trying to crack other markets, there is no cross-currency facility. For all intents and purposes, this “cashless revolution” is happening within the boundaries of a renminbi universe.

The big difference is that for a host of reasons, the banks don’t charge the same kind of exorbitant interchange fees to Chinese merchants that U.S. banks do to U.S. businesses, allowing the digital payments providers to build a much more fluid micropayments model on top.

But here’s the thing: the Chinese banking system is essentially an instrument of Chinese policymaking. The four biggest banks make up the bulk of the financial system and are all majority government-owned. Their capacity to make profits, essentially on the spread they charge for loans over what they pay for deposits, is enabled by a carefully managed monetary policy. The People’s Bank of China sets a ceiling for deposit rates – often below inflation – and can get away with that because it imposes capital controls on savers to prevent them fleeing low rates for higher-earning currencies.

To be sure, Ant Financial and Tencent both have a variety of financial and banking licenses of their own. But their own financial profits are very much enabled by the same interest rate policy framework that a wider state-run Chinese banking system is compelled to accept.

For now, that policy framework has sustained a quid pro quo arrangement with Chinese savers, who more or less support a banking system that otherwise eats into their savings because the benefits are manifest in continued economic growth and in services like those of Tencent and Alibaba.

But for some time, there has been an expectation that China, in its desire to “internationalize” the renminbi, will relax both its interest rate and capital controls, which could seriously undermine banks’ profit margins. If China were also to allow more private and foreign investment into the banks, would those institutions continue to subsidize the digital payments economy? Maybe, maybe not.

Since we can’t be like China, maybe embrace crypto?

The bigger point is that China’s circumstances are unique. There aren’t many governments, if any, that could get away with this kind of control over the banking system. Others have tried – such as Venezuela and Argentina – and have destroyed confidence in their currencies in the process.

So, if the rest of the world can’t use compliant banks to subsidize a fluid, digital payments system, what instead will it use as the platform?

The answer may well lie in cryptocurrency and blockchain-based protocols. And as the race to build a stablecoin proceeds, a foundation for something that could viably compete with China’s model may emerge. It might even go one step better, as it would allow for cross-border payments.

As U.S. government officials look nervously across the Pacific at China’s growing economic clout, rather than launching destructive trade wars that do nothing but prop up outdated, 20th-century industries, they should instead be figuring out how to emulate and compete with China’s new Internet of Value model for business development and innovation.

It’s in that context that they should be looking at cryptocurrencies and blockchain technology less as a threat and more as an opportunity.