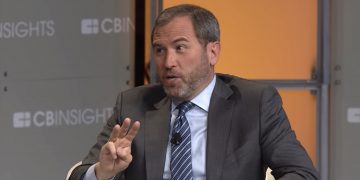 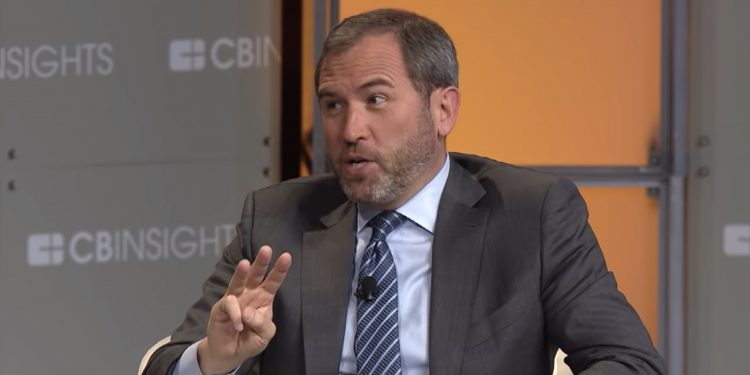 Investors in the cryptocurrency XRP have filed a new complaint against Ripple that marshals the Securities and Exchange Commission’s own words to argue that the startup illegally sold unregistered securities.

The amended complaint, filed Aug. 5 in a year-old lawsuit against Ripple, includes several new arguments and may be the first federal case to cite the SEC’s guidance for applying existing law and regulation to crypto tokens.

It also marks the first filing in the case to which Ripple must directly respond by addressing the facts of the case. Four previous complaints were filed in California state court, but the company successfully moved to have these cases consolidated and shifted to federal court. Ripple has until Sept. 19 to file a response.

“That filing will be the first time in the already-long history of this litigation that Ripple will substantively respond to the allegations around XRP,” said Jake Chervinsky, general counsel at crypto lending startup Compound Finance.

The company has been in the legal crosshairs since May 2018, when investor Ryan Coffey filed the first of several lawsuits seeking class-action status against Ripple Labs, subsidiary XRP II, CEO Brad Garlinghouse and other individuals. XRP, which Ripple periodically sells, has “all the traditional hallmarks of a security,” Coffey claimed.

The new amended complaint lays out “a strong case against Ripple,” said Chervinsky, noting that Susman Godfrey is “one of the best plaintiff’s law firms in the U.S.” In particular, he highlighted that the complaint claims XRP is a security under both federal and California state law.

The plaintiffs’ complaint is trying to tie the XRP Ledger, the distributed network underlying XRP (and therefore the cryptocurrency’s price), back to Ripple, said Rebecca Rettig, a partner at the law firm of Fisher Broyles, which is not involved in the case.

Perhaps the most important difference between the new complaint and its predecessors is the citation of the SEC’s framework for analyzing whether a digital asset qualifies as a security.

“The Complaint reads like a love letter to the SEC,” Chervinsky said. “Although the SEC’s Framework is technically only non-binding guidance, the Court will likely give it significant weight in deciding how to apply the Howey test to the facts of this case.”

Rettig agreed, telling CoinDesk that “this is the first time we have seen the SEC’s Framework applied in a case in federal court.” She added:

“Although the framework on its own doesn’t have precedential value – meaning the court is not required to follow it – it will be very interesting to see how the court handles the utility of the framework in moving forward in determining whether XRP is a security.”

The SEC published the guidance in April, providing for the first time a specific roadmap for how it might assess digital assets.

Over the course of 11 pages, the amended complaint details how the plaintiffs believe XRP is a security based on the framework, stating that “XRP purchasers made an investment of money in a common enterprise”; “XRP investors had a reasonable expectation of profits”; and “the success of XRP requires efforts of Ripple and others”.

“Lead Plaintiff and the Class invested fiat and other digital currencies, such as Bitcoin and Ethereum, to purchase XRP. As explained in the SEC Framework, investment of both fiat and digital currency meets the first prong of Howey,” the filing says.

Ripple and its affiliated parties are the common enterprise, the complaint alleges, saying that any profit the potential class might see “are intertwined with the fortunes of Ripple.”

The price of XRP is dependent on Ripple’s efforts, the lawsuit alleges. Investors would have expected the value of their holdings to grow based upon the efforts of the company.

The complaint goes on to say:

Rettig noted that “each of the [factors in the SEC Framework] are based on underlying federal case law, so the litigants will likely rely upon these underlying cases and not simply the framework [itself].”

Like past complaints, last week’s filing points to public statements made by Ripple executives such as CEO Brad Garlinghouse and CTO David Schwartz to bolster its argument.

For example, Garlinghouse said in a 2017 CNBC interview that “people are looking at the success Ripple has been having as a company, and I think that’s increased the value of XRP,” according to the complaint.

Elsewhere, the complaint says Garlinghouse “conceded” that Ripple’s own self-interest is tied up “with building and maintaining a healthy XRP market.”

“The Complaint emphasizes Ripple’s own statements to prove that XRP investors had a reasonable expectation of profits flowing from Ripple’s managerial efforts,” Chervinsky noted. “This is similar to how the SEC framed its own Complaint against Kik,” the messaging app company that the SEC alleges violated securities laws when it raised $100 million during a 2017 token sale.

Beyond interviews, the complaint cites tweets that the plaintiffs believe demonstrate that Ripple indicated XRP’s price would rise due to work the company was doing.

Roughly 40 tweets are referenced in the filing, including tweets from the company, executives and other employees discussing exchange listings, Ripple’s XRP reserves and other marketing efforts. The complaint also references a Garlinghouse quote-tweet of a Motley Fool tweet which said companies using Ripple’s tools “could be a big deal for Ripple’s XRP cryptocurrency” as an example.

“I’ve never seen so many citations to Twitter in a complaint before,” Chervinsky said.

(The suit also notes that Digital Currency Group, which holds a stake in Ripple, is also the parent company of CoinDesk, and cites a 2017 article on this website reporting that XRP’s price had risen above $1 for the first time ever as “one of many instances in which Ripple would promote XRP price movements.” For the record: CoinDesk operates independently from the parent company, working in separate offices and maintaining strict policies on editorial independence and transparency.)

Beyond simply promoting XRP, the complaint hints that Ripple may have gone as far as to mislead the general public about which of its various products were being adopted.

“On April 26, 2017, Ripple tweeted a link to an article on its own site, proclaiming: ‘#Ripple welcomes 10 additional customers to our #blockchain #payments network.’ Neither this tweet nor the article it linked to informed readers that the blockchain payments network did not refer to the XRP Ledger, but rather Ripple’s xCurrent enterprise solution,” the complaint said, adding in the next paragraph:

“Just days later, on May 3, 2017, with the price of XRP continuing to rise, Ripple tweeted: ‘#Ripple adoption is sparking interest in XRP ‘which has had an impressive rally in the last two months’ via @Nasdaq.’”

Securities law aside, the lawsuit also adds new claims that have not appeared in previous filings in the case, Chervinsky noted.

“For the first time, the plaintiffs now claim that Ripple violated California’s false advertising and unfair competition laws by making fraudulent statements about the genesis, circulating supply, and adoption of XRP,” he said.

The fact that this complaint is in federal court may have helped the plaintiffs. Chervinsky explained:

“Interestingly, the plaintiffs probably couldn’t have alleged those claims on behalf of a global ‘class’ — all persons or entities who purchased XRP — if Ripple had left the case in California state court instead of removing it to federal court.”

According to the filing, Sostack and his fellow plaintiffs are looking for Ripple to reimburse them for their losses.

For the lead plaintiff, those losses total $118,100, according to the complaint, but the full size of the losses allegedly incurred by the class has not yet been calculated.

More significantly, the plaintiffs want the court to declare that XRP is a security, which could have an impact on Ripple’s ability to continue selling XRP from its reserves, as well as potentially limit who can acquire the token.

Other prayers for relief include the plaintiffs wanting Ripple to pay for all legal fees and have the court award any other damages that might be warranted.

Ripple now has 45 days from August 5 to answer the complaint, and could file a response (like Kik Interactive did to the SEC) or a motion to dismiss.