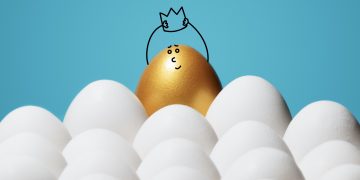 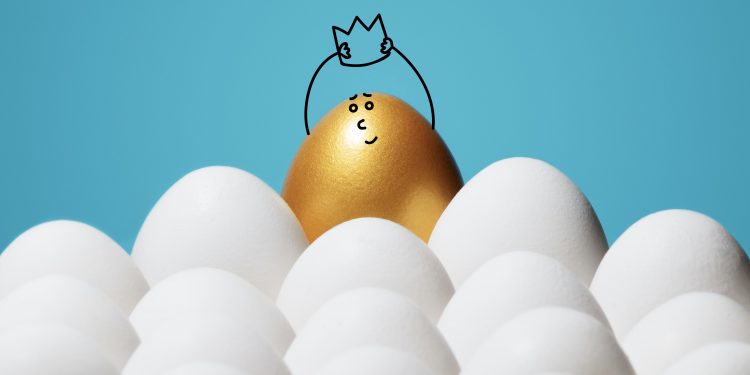 Kyle Samani is a Managing Partner at Multicoin Capital, a thesis-driven cryptofund that invests in tokens reshaping entire sectors of the global economy.

Over the last 20 years, a lot of companies have built large online marketplaces to connect buyers and sellers. Amazon, eBay, Uber and AirBnb typically come to mind as the most obvious examples. But there are many more.

Starting a few years ago, VCs began to publish variations of the mock up below. It shows how almost every sub-vertical on Craigslist has become a large enough market with enough idiosyncrasies to justify a bespoke marketplace with dedicated features and optimized search and discovery.

Given these two observations, we should naturally ask: what markets are actually better as P2P markets without a centralized intermediary?

It turns out there are actually quite a few markets that we can already identify that are better truly decentralized. And I suspect there will be many more that are unlocked as the crypto ecosystem matures.

To answer this question, let’s consider the unique strengths of blockchains. In no particular order:

Below I’ll walk through some of the markets that we’ve identified that benefit from one or more of these traits.

Open fiance tools like Augur, 0x, Maker, Compound, Dharma and UMA are truly global and permissionless. Using these tools, people are creating derivatives such as Primotif that anyone can access anywhere in the world.

Consider this: a substantial majority of the world’s population does not have access to U.S. capital markets. For example, if you live in Brazil in the middle class, you probably cannot buy Apple stock. Given the KYC, broker/dealer and banking frictions involved, U.S. capital markets are simply unavailable to billions of people around the planet.

Using Primotif, anyone anywhere in the world can buy S&P 500 exposure using ether, the token that powers the ethereum network. This is a profound breakthrough in capital market efficiency.

Using the open finance stack, capital markets will become truly global and accessible to anyone anywhere, permissionlessly. That this is not already true is a travesty.

Markets that are hampered by unnecessary regulation. Ridesharing is the best recent example.

Uber was illegal in most cities when it entered them. But taxi laws were outdated, and most city governments quickly realized that and adjusted.

The most obvious grey markets that can be meaningfully impacted are:

Although it’s not clear that online gamblers actually care about this, all things equal, ensuring fairness is preferable. This is precisely what FunFair is building.

It’s not clear that consumers care about owning cryptographically unique digital assets (e.g., a one-of-a-kind sword). However, if an online game has a fixed amount of real estate, that real estate could become valuable if players want to spend time in that virtual world.

Although this is similar to the point above, it’s actually distinct. Whereas the idea above is about self-sovereign digital asset ownership, the next layer of intelligence is to embed logic in the assets directly.

An example: Embedding transfer restrictions on tickets to concerts. This could eradicate the ticket scalping market, which is nearly universally hated by everyone in the music and event businesses.

This is precisely what Tari is building.

Labor markets that cannot match supply and demand due to lack of regulatory frameworks are ripe for decentralization.

Aragon is building the technical frameworks to allow permissionless creation of smart-contract defined organizations that support any conceivable rule sets (e.g., preferred equity, revenue share or co-ops, etc). It’s still unclear what these organizations will look like or what can emerge that’s not currently possible, but the opportunities are certainly interesting.

Finally, this use case is reasonably well known because of high-profile projects like Filecoin, but it’s not as clear-cut as most people think. Distributed computing only makes sense when either a) physical proximity of supply and demand matters, or b) the network’s primary purpose is obfuscation (more nodes is better).

There are fundamentally three kinds of computing resources: compute, storage, and bandwidth. Let’s examine each of these to understand them:

There are a handful of teams already working on this, including Sentinel, Mysterium and Orchid. Although they use different technical methods, they deliver the same end goal: obfuscation of internet traffic. These services clearly benefit from geographic distribution, and from quantity: the more nodes there are, and the more distributed they are, the harder it is for governments to censor them.

However, it’s still unclear what the price and performance of these systems will be at scale.

CDNs are by definition already geographically distributed. But it seems possible that they could become substantially more efficient with some additional P2P magic. As a simple thought experiment, let’s take a high-rise building that 300 people live in.

If there are two people streaming the same NFL game, it makes sense that one of those people should relay the video to the other, which would decrease the bandwidth requirements of a CDN. If this works as proposed, it should reduce costs, and perhaps allows consumers to make money for doing something they’re already going to do anyways.

This one is self-explanatory given the above.

Wi-Fi is inherently local. There are quite a few teams working on this, including Rightmesh, Althea, and Open Garden. While the idea is certainly compelling in theory, it’s an extraordinarily difficult technical problem.

Although this benefits from decentralization in the same way that bandwidth relaying does, it’s technically distinct. The best way to understand video transcoding is to understand how Netflix works. For every video on Netflix, Netflix stores hundreds of versions of each video file, each of which is optimized for a unique permutation of screen size, resolution, available hardware, OS, bitrate, etc.

From an original master file, Netflix transcodes the video into each permutation. When a user is streaming, the client-side application constantly reports its status to Netflix’s servers. Based on the real-time status, Netflix’s servers adjust which video it serves to deliver the best experience. This works because the content on Netflix is not live-streamed. They can transcode everything in advance.

With that understanding, it’s easy to see why transcoding live video is much more difficult. The amount of computation required increases with each additional stream as the system needs to support more permutations of the video. Livepeer decentralizes the transcoding process, allowing anyone to transcode.

Because video requires so much data, because latency matters, and because the amount of computation necessary to transcode is so large, it’s better if nodes are geographically distributed, and thus as close as possible to the source of the video.

Many investors rightly say “But displacing Uber/Facebook/eBay” is nearly impossible. And they’re right. Displacing any of these entities by competing head-on is a losing proposition. But that doesn’t mean that there aren’t great uses for P2P networks today.

As blockchain technologies mature, I expect this list to grow exponentially. In 2014, no one had even conceived of the idea of open finance. As we solve the two biggest technical challenges in crypto – scaling and privacy – and as general usability and adoption improve, I expect that many new use cases will emerge that were not previously possible. Moreover, many of the examples listed above will compound in ways that we cannot possibly forecast.

We are just starting to see the early signs of how we can put together the pieces of the open finance stack in interesting ways. Today, most people cannot get a mortgage collateralized against their equity portfolio. As units of value are tokenized and made interoperable with the broader financial system, people will be able to manage their balance sheets far more effectively. For example, employees who own a lot of equity in private companies should be able to use that equity as collateral in other financial transactions. Yes, their loan-to-value ratios should be very conservative, but this can unlock a massive amount of new wealth for millions of people.

As these kinds of changes unfold, we can expect to see repercussions in adjacent industries (legal, mortgage, etc.), and so we should expect the evolution of P2P markets to be highly path dependent, making it particularly difficult to forecast second and third order effects today.

Hat tip to Greg Rosen for the conversations that inspired this blog post.

Disclaimer: Multicoin Capital is a thesis-driven hedge fund that may hold some of the crypto assets discussed in this post.