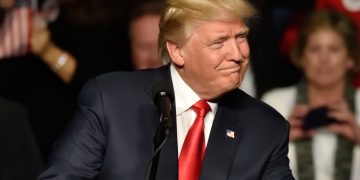 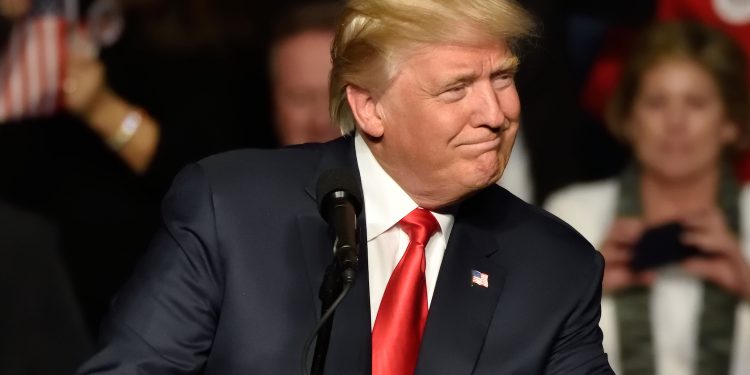 Let’s be clear: It was not the substance of Donald Trump’s tweet that made his critique of bitcoin and Libra so important last week.

It should be of no surprise that this US President would declare himself “not a fan” of “highly volatile” cryptocurrencies “based on thin air” that “facilitate unlawful behavior” or that he much prefers a “dependable and reliable” currency “called the United States Dollar!”

(Anyone who assumed Trump would be a “drain-the-swamp” libertarian advocate for censorship-resistant money had an ill-informed view of a man whose government is stacked with former Wall Street execs, who opposes free trade and immigration, and takes a draconian approach to a variety of civil rights and social liberties.)

What matters is the very fact that a sitting president mentioned cryptocurrencies at all. Indeed, from a price perspective, Trump’s disparaging remarks are, on balance, positive for bitcoin. By Friday evening, the post-tweet price action reflected that.

More importantly, the tweet marks a symbolic milestone in the gradual but ever-expanding presence that cryptocurrency occupies in the public conversation around money and policy.

It also marks the starting point in a titanic battle over the shape of our global money system.

Why is a Trump tweet-shame positive for bitcoin’s price? Well, bitcoin must stay relevant to succeed, and this was, at the very least, an acknowledgement from the halls of power of its relevance.

By simply giving it the time of day, Trump revealed that people within the high levels of the U.S. power structure are noticing the challenge that cryptocurrency technology poses to it.

Also important: the tweet came shortly after Federal Reserve Chairman Jerome Powell, one of the U.S. President’s favorite punching bags, had described bitcoin, in Senate testimony, not as a payments vehicle but as “an alternative to gold…a store of value…a speculative store of value.”

Powell wasn’t saying that he saw bitcoin as gold-like per se; it was a reference to how most bitcoin’s users currently treat it and, in that sense, he was simply stating a fact. Still, it gave some legitimacy to bitcoin’s claim to be the digital-era replacement of that ancient store of value.

And if we think of how gold has been used during the fiat currency era – as protection against the political risks inherent in national currencies – then this one-two punch could hardly be better for those arguing that bitcoin should play that role in the 21st century.

Think about it: they got the most powerful central banker in the world to describe bitcoin in such terms. Soon after, a self-interested politician who occupies the world’s most powerful government post demonstrated why you might want such protection.

All of this comes within the context of the announcement last month of the Facebook-sponsored blockchain and cryptocurrency project, Libra.

As was inevitable when a powerful and contentious company launches a radical new idea, Libra’s arrival has massively amplified what I like to call the “narrative economy” in which cryptocurrencies thrive.

With its potential global clout drawing on Facebook’s 2.7 billion user base, Libra is forcing people – corporate leaders, bankers and, most importantly, government leaders – to think and talk about cryptocurrencies. It’s what prompted the question to Powell from Mike Chapo, Chairman of the Senate Committee on Banking, Housing and Urban Affairs, and it was the main focus of the Fed Chairman’s reply. And it’s clearly what inspired Trump to take to Twitter, given that his three-tweet post included a line saying that Libra “will have little standing or dependability” and would need to seek a banking charter if it is to operate.

Let’s not forget, either, that this comes right before next week’s hearings on Libra called by House Financial Services Committee, called by its Chair, Maxine Waters, who has warned that Facebook’s project cannot be allowed to compete with the dollar.

That there’s alignment between Trump and Waters on an issue is itself historic. But it also hints at the power battle at play. The mounting conversation is about the structure of our financial system and about the dominance of the intermediaries that manage that system: banks, deeply integrated as they are into our system of government, money and power.

As gatekeepers of the dominant fiat currency system, banks – and, by extension, the political leaders who determine how to regulate them – can make it harder for people to use both decentralized cryptocurrencies like bitcoin and corporate-backed private currencies such as Libra. Trump’s tweet, with a high degree of specificity, looked suspiciously as if it had been drafted by someone with interests in the banking sector.

But putting a lid on all this won’t be easy for governments. Most cryptocurrencies, whether bitcoin or Libra, are based on open-source software. Can those governments ban the software? Technically yes, but how will they globally coordinate around that effort, how would they stop it?

As it is, many central banks suddenly seem to be adopting the “if you can’t beat them, join them” strategy. The government-owned China Daily reported this week that China was accelerating its plans to produce a digital currency. That came a week after Agustin Carstens, chief of the Bank of International Settlements, said central banks would introduce digital currencies “sooner than we think.” It was a remarkable about-face from someone who had months earlier told cryptocurrency coders to “stop trying to create money,” and dismissed any value in central bank digital currencies.

Probably more important, right around the time of the Libra announcement last month, Bank of England governor Mark Carney dropped a bombshell, saying that the BOE would provide funds to tech companies, an apparent move to spearhead fintech development in London at a time when Brexit has threatened the banking industry. The opening poses a huge opportunity for Libra and other stablecoins to provide new “narrow banking” payment services.

Things are poised to get mighty confusing, in other words, with private corporate currencies, decentralized cryptocurrencies and government-run digital currencies all competing for primacy in the world of money. Thank to Libra – but really, thanks to bitcoin before it – the narrative economy around monetary innovation is getting seriously amplified.

As the noise level rises, more and more people will inquire and explore alternatives to mainstream currencies such as bitcoin. They’ll also grapple with the opportunities, risks and the disruptive challenges such a choice poses.

Essentially, a giant, collective storytelling exercise has been pushed into overdrive. Stories have always driven the adoption of new ideas, building the connective emotional tissue upon which social networks and communities are formed around them. And that, in turn – the development of a community around a shared idea – is ultimately what underpins a currency.

Trump, who with his 62 million Twitter followers arguably has a broadcasting power greater than any news network, is contributing to this collective storytelling exercise. Perhaps he’s the foil character, standing in opposition to the HODLers and “To the Moon” crypto enthusiasts, but even in that role he is driving the narrative – essentially by fueling resistance, by encouraging his opponents to counter with counte-rarguments and, of course, memes.

Which brings us to the other factor ensuring that Trump’s tweet, more than any other statement by a government official, will prove to be instrumental in driving buzz and bluster around this topic: Twitter itself.

Twitter is not only the President’s favorite vehicle for communicating with the public, it also represents the most important segment of crypto’s narrative economy. If ever there were a community prepared to respond to those three short posts, it was Crypto Twitter, which immediately responded with its special mix of snark, humor and passion.

God knows where all this goes. But one thing’s for certain: the cryptocurrency carnival just got wilder.