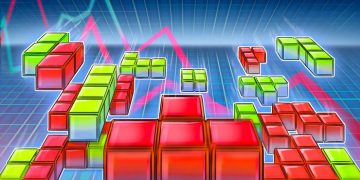 Bitcoin Stays Over $3,600 as Most Top Cryptos See Slight Gains

Bitcoin Stays Over $3,600 as Most Top Cryptos See Slight Gains 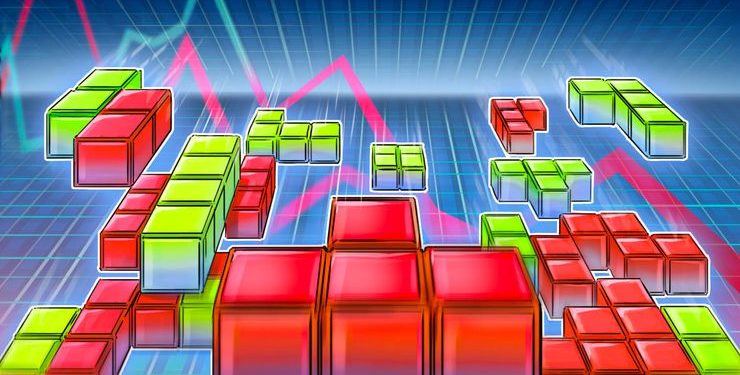 Saturday, Jan. 26 — most of the top 20 cryptocurrencies are reporting slight gains on the day to press time. Bitcoin (BTC) is hovering over $3,600 again, according to Coin360 data.

At press time, Bitcoin is seeing no significant price change on the day, trading at around $3,607, according to CoinMarketCap. Looking at its weekly chart, the current price is lower than $3,745, the price at which Bitcoin started the week.

Ripple (XRP) has seen its value undergo little change in the 24 hours to press time, trading at around $0.316, gaining little over half a percent on the day. On its weekly chart, the current price is lower than $0.332, the price at which XRP started the week.

Second-largest altcoin Ethereum (ETH) has also seen its value increase by over half of a percent over the last 24 hours. At press time, ETH is trading at $117, having started the day about one dollar lower. On the weekly chart, Ethereum’s current value is lower than $125, the price at which the coin started the week.

Among the top 20 cryptocurrencies, the ones experiencing the most notable price action are Tron, which is up nearly 8 percent, Litecoin (LTC) and Binance Coin (BNB), which are both up about 3 percent.

The combined market capitalization of all cryptocurrencies — currently equivalent to about $120.3 billion — is around 124.9 billion at press time, the value it reported one week ago.

As Cointelegraph recently reported, Nouriel Roubini, a notorious cryptocurrency critic, has stated that blockchain is “no better than an Excel spreadsheet” during a panel at the Blockchain Economic Forum in Davos.

Also, a survey by trade association the Global Blockchain Business Council recently showed that 40 percent of institutional investors believe blockchain may be the most important innovation since the internet.