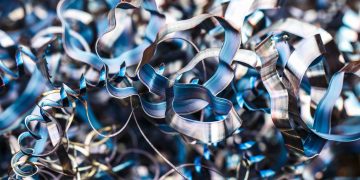 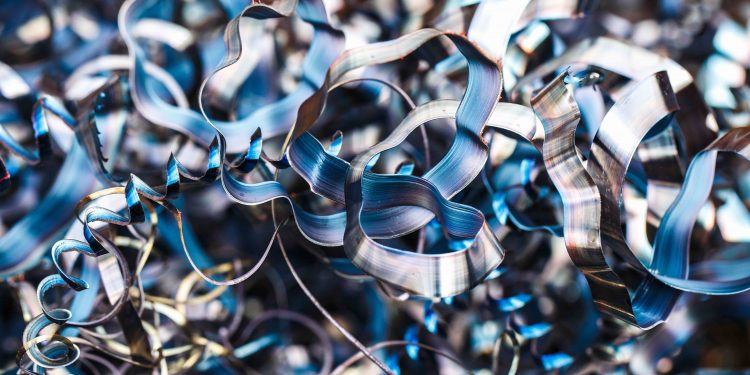 Dovey Wan is a founding partner of Primitive Ventures, a global venture investment firm with a focus on blockchain. You can follow her on Twitter at @doveywan.

While emerging assets are always turbulent, 2018 has been an especially violent year for the crypto markets.

Many investors who entered during the bull market of 2017 got badly burned during this year’s prolonged crash because they were deluded into believing that market prices accurately reflected underlying value. However, this should not be taken to mean that crypto as an industry is doing poorly.

There are, in fact, two facets to the blockchain industry: the investment side and the development side.

Unlike the traditional financial market where we usually tend to have a clear expectation guidance and consensus around valuation models that can align the two, in crypto we have experienced a significant disconnect between investors and developers due to the distorting effect of hype on market prices and an information asymmetry in regards to actual development.

So, while the bloodshed in the markets we’ve seen in 2018 is likely to continue into 2019, cryptocurrencies are actually making significant progress on the technology development front. This next year will be painful to force us to step out of the bubble, learn the lesson and do a reality check.

Still, a healthy consolidation and the development of fundamentals will lead to eventual prosperity.

We didn’t see another manic gold rush on the internet after the dot.com bubble, but the internet eventually ate the world

In the past two months, I’ve had many hours of conversation with key players in all sectors of the industry, including exchanges, traders, miners, founders, primary market investors and regulators.

My conclusions follow regarding why 2019 will be the year our violent delights reach their violent ends.

Far too many projects raised far too much money, often at outrageous valuations in the hundreds of millions. Even zcash, a relatively mature project that is seeing significant growth, is now trading at a ~300 million market cap (fully diluted $1.2 billion). And yet, there were projects with less than six months of development which raised at a valuation on par with zcash’s.

A proper valuation model is missing, investments are largely “FOMOmental” instead of fundamental.

Additionally, many of these high-profile projects are set to launch their mainnets in 2019, and most fail to meet expectations. The underwhelming adoption they face will be a further bear signal to the market that the “real adoption” investors had been waiting for won’t arrive in time to bail them out.

The organic community is tiny, developers are disappointed by the infrastructure and tooling and many investors will cut their losses and sell when they no longer believe “only the sky is the limit.”

Our failure in managing expectations well will set alternative cryptocurrencies up for a major correction, as the market is also highly correlated with BTC’s price. Hashrate and difficulty is a trailing indicator of price and will in return influence supply – for the first time since 2011, the bitcoin mining hashrate has significantly decreased with massive miners scaling back.

Many miners disassembled their mining operations entirely, because prices have fallen so much that bitcoin isn’t even worth the marginal cost to mine it. A big part of what landed us in this situation is the
“hash rate bubble” of 2017, during which many miners overextended their mining operations under the mistaken assumption that the price of bitcoin would surely rise in the short term.

Miners who used to hold their coins may be forced to sell, sending the price of the coins spiraling further downwards. A lesser-known factor that will affect prices over the next few quarters is the fact that many funds that popped up in Asia from late 2017 to early 2018 are on a one year cycle (6 + 6 month terms). This means that they’ll reach the end of their term and must liquidate.

Many western funds are on monthly redemption terms, but they also face panic redemption from LPs.

When I told my friends that Eric Melzter and myself were leaving our positions at large funds in order to strike out on our own with Primitive Ventures, many asked us “Why now in such a brutal market?” Our answer is that it’s in fact a fantastic time to start a fund.

Although temporary market trends may be brutal, that very condition creates the opportunity for extraordinary returns for anyone who can invests in truly valuable work while it is still massively undervalued by a spooked market. It may be the worst of times for the markets, but it is the best of times for real development.

During the bull run of 2017 and early 2018, there was too much noise in the crypto space. Projects raised tens of millions even before what would normally be a Series A, and became slow, distracted, and unmotivated. Further, even quality teams were forced to compete in the game of token prices and had to divert a significant amount of their time and money toward keeping token price up and investors satiated.

In this current colder climate, those who remain are truly committed, and they no longer feel as much pressure to issue pointless tokens that will only cause friction. It is more possible for a blockchain product to gain organic adoption now that investors won’t be confusing popularity with real usage.

We are beginning to see fairer distribution models with real tech backing, such as Grin and Raven, which have attracted a dedicated community even without offering an opportunity to invest in a pre-sale or pre-mine. We are also observing the products of academic research being implemented in real-world settings, such as the integration of bulletproofs into Monero, the Sapling upgrade for zcash, and the Bitcoin_NG implementation in Aeternity as a part of their recent Roma launch.

We have seen the emphasis return to real developer usability instead of chasing vanity metrics such as transactions per second, and native use case discovery rather than endless discussions surrounding on-chain governance.

The non-technical development of the crypto industry is also by no means in hibernation during this winter. We have seen much activity amongst various jurisdictions hoping to become the “crypto capital” of the world and attract the talent, capital and enterprise that will gain them a share in an industry that could soon be worth many trillions.

Silicon Valley’s dominance in previous technologies won’t necessarily carry over to crypto since it’s crypto ecosystem is not complete. The miners who are a crucial component of the ecosystem are certainly not located in California, with its high electricity and operational expenses, and traders are also largely outside the U.S. due to its high taxes and strict regulations.

The distributed nature of crypto has fittingly allowed for the global distribution of the opportunities it creates.

What does this mean for 2019 and beyond? Crypto is set to radically upend the way we transact, privacy, ownership and many more things we can’t anticipate. In the near term, market conditions will be brutal, but that is actually helping nurture real value that is simply not reflected in the prices yet.

Investors and builders alike must not be blindsided by mistaking short-term market movements with real value. Now isn’t the time to put crypto on pause, but rather to take a much closer look at the projects addressing real needs in a way uniquely enabled by cryptocurrency, distributed ledger and blockchain technology.

In short, it’s the worst of times, but it’s also the best of times.

Have a hot take on 2018? CoinDesk is looking for contributors for its 2018 Year in Review. Email [email protected] to share your thoughts on the year in crypto that was.