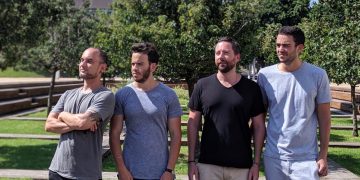 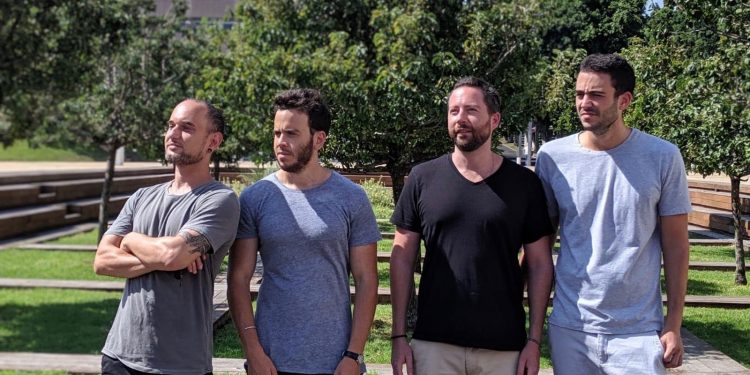 A rag-tag team of Israeli entrepreneurs is looking to leverage Facebook’s cryptocurrency project for profits, even without the $10 million required to join the Libra Association.

So far the newly established startup, Libracamp, has received more than 80 applications to participate in a virtual bootcamp for Libra developers starting in November. Libracamp co-founder Tomer Weiss told CoinDesk that Facebook’s Calibra team is in touch with the new startup, but not officially sponsoring this program.

“We see this as the ‘iOS moment’ of digital assets and programmable money applications,” Weiss said. “Imagine there was an incubator that came to companies and helped them think about how to put their companies on iOS before the iPhone launched.”

Libracamp’s five co-founders scrounged together $125,000 to divide among five chosen teams for the first bootcamp cohort in the fall. The founders are currently fundraising for a $1 million prize for the winning team as well as capital for a second cohort of the bootcamp in 2020.

To some, recruitment for this bootcamp may seem premature. Facebook stated in its latest Q2 filing with the U.S. Securities and Exchange Commission (SEC) that the Libra cryptocurrency project may never launch due to regulatory concerns.

Yet an anonymous source with knowledge of the meetings told CoinDesk Israeli regulators are enthusiastic about Facebook’s Libra project, as long as their American counterparts approve its launch.

Plus, Facebook’s Israeli head of policy, Jordana Cutler, is herself a former political advisor to Prime Minister Benjamin Netanyahu’s office.

The Israeli newspaper Globes reported that Facebook representatives met in July with officials every economic ministry in the country, from the Bank of Israel to the Capital Market, Insurance and Savings Authority, which regulates digital currency services.

“If it will go out, we will be a main player in the major financial infrastructure of the world. … If not, we can apply the protocol to other things.”

If anyone could profit off of one of the world’s largest fintech projects without cowing to its Silicon Valley creator, it’s a quintessential hustler like Ben Simon.

He’s got long eyelashes, an omnipresent smile and a quick wit – charm which he wields to cut through red tape despite an utter lack of pedigree. While nearby crypto startups like Orbs pursue the costly opportunity to formally join the Libra Association, as sources told CoinDesk, the Libracamp team seeks to align incentives across industry players.

The Kyber Network, one of the startups that received a small grant from Libracamp before the bootcamp, is already working on atomic swaps between ethereum and Libra.

“There will probably be cross-asset movement between different chains and we want to take a collaborative point of view on powering the next generation of fintech applications,” Sokolin said.

Beyond helping startups think about how to connect existing ecosystems to Facebook’s open-source Libra testnet, Sokolin also seeks to learn from these entrepreneurs. In particular, mentors like Sokolin, TechCrunch founder Michael Arrington of Arrington XRP Capital and Winklevoss Capital’s Jane Lippencot may want to better understand what types of challenges and tools crop up across like-minded entrepreneurs.

Sokolin said this knowledge could also apply to other ecosystems. So whether the mentor’s favorite asset is XRP or ether, they stand to gain from proximity to the Libra network’s first products and services.

Meanwhile, Facebook has ample reason to allow, even support, external parties investing in a robust ecosystem.

Indeed, one of the most salient criticisms lobbied against Facebook was its utter dominance over the Libra ecosystem’s infrastructure to date. This is, in part, due to the costly requirements for any company seeking to formally join the Libra Association. According to the Libra website, prospective association members from the crypto industry must currently be “custodying or staking greater than or equal to $100 million in assets for customers or clients.”

This hasn’t stopped companies from lining up, looking to tap into a new set of global payment rails. For smaller teams that lack deep pockets, Libracamp offers unique access to mentors that double as Libra Association, like Joe Lallouz of Bison Trails and Efrat Katz of PayPal. Sokolin said:

“It’s notable that even before the network is fully launched, entrepreneurs want to build on it.”

And while Facebook itself has shied away from developing tools for sanctioned markets like Venezuela, the South American team behind Valiu is already working with Libracamp on such solutions. (In typical Israeli fashion, the Libracamp team didn’t wait until the official program’s launch to start working with the most promising projects.)

Ben Simon added that until now, every fintech startup in the world was limited by geographic rails, whether it leveraged banking networks or credit card networks. Facebook’s global reach to 1.59 billion daily active users, on the other hand, offers his crew “asymmetric” benefits.

“We know there is uncertainty,” he said. “But with uncertainty comes opportunity.”