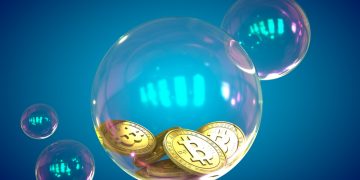 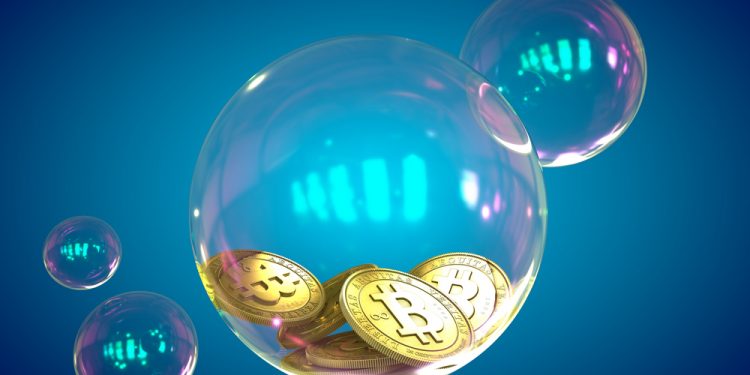 Exhale. The nightmare of the 2018 cryptocurrency market is finally over.

Of course, more downside is always possible, if not likely, but at least the year in which bitcoin prices dropped more than 80 percent and the broarder market lost nearly $700 billion of total capitalization is over.

By now, you’re probably well aware the world’s premier cryptocurrency, bitcoin (BTC), catapulted more than 2,500 percent from its 2017 low to reach a new high of almost $20,000 by December of that year.

Unfortunately for those at the time who were betting on more immediate upside, one of bitcoin’s many speculative bubbles or “hype cycles” reached its peak on Dec. 17, 2017 and its price has been trapped in a steep and record-setting downtrend ever since.

What exactly transpired for the price of bitcoin over the past 365 volatile days is explored below.

Moving averages are exactly what the name suggests – an average of bitcoin’s price over specified time periods that when plotted on a chart tend to provide support and resistance for price, as well as the strength and bias of the longer term trend.

BTC/USD witnessed a death cross between the 100- and 200-day moving averages on April 16, confirming the end of its most recent bull market.

Before the death cross had taken place, price fell to and found support near $6,000 in February.

All eyes were on this level from that day forward as price went on to test it several more times before finally breaking down nine months later on Nov. 14.

Up until this point, many believed $6k had fortified itself as the ‘bottom’ of the 2018 bear market since it had been strongly defended for what in crypto time seemed like an eternity.

Coincidentally, Nov. 14 was the day before one of the world’s largest crypto-networks, bitcoin cash (BCH), underwent a divisive hard fork, which many suspect provided enough uncertainty in the broader market to catalyze bitcoin’s break below $6,000.

Now having closed the year at the price of $3,747, 2018 will go in the record books as bitcoin’s worst performing 12-month stretch ever in terms of price.

The leading cryptocurrency’s 2018 performance of a more than 70-percent depreciation from its opening price of $13,062 is considerably worse than the previous record holder, 2014, the year when its price fell roughly 55 percent open to close, according to CoinDesk’s pricing data.

Bitcoin monthly trading volume peaked towards the end of 2017, bringing in a total of $70.2 billion across exchanges in November just before its price reached an all-time high, according to data from Bitcoinity.

Trading volumes, along with price, have been stuck in a downtrend ever since and for all of 2018.

Just $7.8 billion in monthly trading volume was recorded in September – a stark difference and 88 percent drop from the high recorded in Nov. 2017 and a 15-month low at the time.

The volume performance for 2018 isn’t all discouraging, however.

Using data from Coinmarketcap, a post from Satoshi Capital Research revealed over $2 trillion worth of bitcoin was traded in 2018, which as of Dec. 1 marked a 61 percent increase from the previous year.

While it’s not quite the 96 percent increase recorded in 2017 over 2016, it’s clear investor interest still grew substantially in 2018 despite the relentless bearish market conditions.

There are plenty of other tools that can be used to evaluate bitcoin’s 2018 market conditions besides technical analysis.

Our favorites of which are those created by cryptocurrency researcher Willy Woo that focus on various bitcoin blockchain metrics and its relation to price and network value, like the NVT Ratio.

The network value transmitted (NVT) ratio emulates the price to earnings ratio (P/E) used to value a company’s stock price by comparing bitcoin’s network value (market capitalization) and the value of funds transmitted through its blockchain.

A ratio above 100 suggests bitcoin’s price has outstripped its network value, or in other words has become overbought. Conversely, a reading below 100 indicates the market is representing a truer value for bitcoin where price is at less risk of witnessing an aggressive and elongated downtrend.

As can be seen in the above chart, bitcoin’s NVT ratio was well above 100 for almost all of 2018 and even reached its highest level since 2011 above 200, confirming the market was significantly overvalued and a drop in price and network value was highly likely.

Now at the year end, bitcoin has witnessed a near 80 percent drop in network value, falling from $280 billion to $56 billion. While the downtrend is still aggressive, the daily estimated value transmitted through its blockchain stopped plummeting in May and has stabilized above roughly $250 million ever since, allowing the NVT ratio to finally begin deflating.

At the time of writing, bitcoin’s NVT ratio records 108, so the market is still slightly overbought but is much closer to finding a healthy bottom than it was earlier in the year.

If the bear market experienced in 2014-15 is any example, the NVT ratio will once again need to stabilize for several months below 100 before another sustained uptrend can begin.

It should be noted Blockstream’s liquid side-chain was launched on Oct. 10 which takes some bitcoin volume off-chain so not all transmitted volume is being taken into account in the NVT ratio.

Indeed, 2018 was a historically bad year for bitcoin if solely price action and network value are being taken into account.

Other metrics though, like total trading volume, show a substantial increase in investor interest from the prior year, whereas the NVT ratio shows bitcoin’s latest bubble is coming close to being fully deflated.

All in all, 2019 will be an interesting year for bitcoin as valuations deflate and continue to align with fundamental principles.