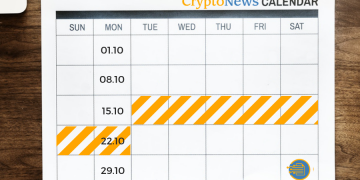 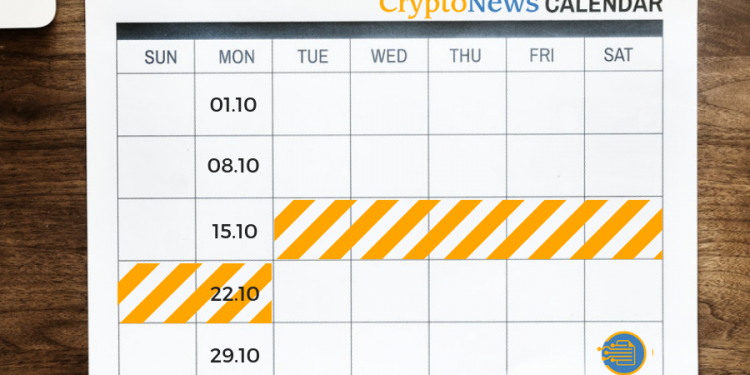 Welcome back to our weekly curated news article, where we explore and look at the events that unfolded in the past 7 days. If you have missed week 41, you can catch up with the events over here. Once again, we want to share the best events that have happened in this past week with you. This article is mainly meant for people that have a vested interest in cryptocurrency and blockchain but don’t have a lot of time to continually follow the markets. But if you’re not matching that description, don’t worry, it’s also an overview for everyone else, like weekly traders that make decisions on the markets that are influenced by these stories.

Boston’s largest financial services company Fidelity is launching her own subsidiary to deal exclusively with digital assets, with custody, advisory, and a cryptocurrency exchange for their customers in the USA. Many praise this move, including Forbes magazine as being a very powerful indicator of interest, as Fidelity is a US$18.2 billion company that is managing US$2.7 trillion in customer assets.

TechCrunch reported on a journalism blockchain project that failed to reach their soft cap, but are returning the money to all buyers. Their failure was not a shock to the internal team, as things were not going really well. At the same time, they were disappointed to fail, a feeling all to close to many of us. Regardless, Civil is convinced to make the token-model work for them and their potential users. They are going to try again, with ConsenSYS already pledging US$3.5 million into the next token sale.

According to a press release on MondoVisione, Binance will tackle global money laundering together with Chainalysis, a blockchain surveillance company. We all know about Binance epic boom into the crypto markets and it seems that it’s not going to stop there. CFO at Binance Wei Zhou says, that “by working with Chainalysis, (they) are able to continue building a foundational compliance program that enables the next phase of growth.” Together with Chainalysis, they will be able to build a world-class AML and KYC structure, that will earn them the trust and respect of regulators and legal mandates.

Tron wants to be a charity supporter

As revealed in a recent press release, Tron pledges to invest $3 million into the Blockchain Charity Foundation for support of the blockchain efforts into charity. Based on the collaboration between BCF and UNDP, Tron wants in on the action and hopes to develop solutions for charity and sustainable development goals.

Goldman and Novogratz invest into BitGo

Following reports on Bloomberg and CCN, we discovered that Goldman Sachs and Bitcoin billionaire Mike Novogratz have invested into BitGo Holdings, a cryptocurrency custodian. It is presumed that Goldman’s takes this action to find a way for the bank’s clients to have a safe and secure way to hold digital assets, as they have been very curious and persistent in their determination to own a piece of digital heaven. Together they invested over $15 million, which was met by an additional $57.5 million from other investors, in a Series B fundraiser by BitGo.

This purchase enhances Ticketmaster’s ability to provide a safe and personalized experience, while at the same time producing increasing levels of practical data for event owners in regards to ticket distribution and event attendee identity management. Upgraded’s blockchain technology uses encrypted barcodes to prevent fraud with ticketing, and this can be implemented without any additional hardware changes required from the venue or event organizers.

According to reporting done by Reuters, the Paris-based Financial Action Task Force (FATF) will publish its first set of cryptocurrency rules by June 2019. They will require jurisdictions worldwide to facilitate the licensing and regulation of cryptocurrency exchange and companies providing encrypted wallets. The goal is to prevent the use of digital assets to launder money, finance terrorism, or help other forms of crime.

Bitcoin has generated tons of public interest, especially during the boom last year, and companies have abandoned all worries in regards to regulatory issues and price volatility. Glassdoor identified that blockchain-based jobs have raised over 300% in just one year following the boom, and at the time of publication there were 1,775 blockchain jobs on the platform. For further information, take a look at the full report on Glassdoor.

According to a publisher called FirstPost, the North Korean hacker group Lazarus is alledged to having stolen over half a billion US dollar worth of cryptocurrencies. They reference The Next Web’s article on the topic. Over the course of 5 attacks, they have stolen the above-mentioned amount. It seems that North Korea has more than just a grudge against capitalism, and may actually represent the lowest form of said capitalism.

It is hard to imagine that a rogue hacker group has managed to facilitate these attacks without the support of the North Korean government, so it is easy to assume that Kim Jong-Un is supporting these attacks.

TechRepublic releases a list of top 15 most wanted blockchain jobs

Blockchain is booming, and so is the job market in the industry. Following Glassdoor’s release of information and analysis of the marketplace which facilitated lists like this. It is useful if you’ve been wondering on how to get a blockchain-based job, and should provide some insight into the most in-demand positions. The full list with all 15 jobs can be found on TRs website over here.

The Street recently published an article that analyzes the complications of Tether (USDT). They explain the untransparent environment that the currency operates in, and how it has actually moved below the dollar line, suggesting it is not pegged to a real tangible asset in the bank. They also speak about the fact that many other currencies are under the influence of Tether, and there are price movements that have been correlated with BTC, ETH and XRP.

Following reports by South China Morning Post, the Chinese government is complaining about the uncensorable nature of blockchain technology, where some individuals can forever recorded the report of a sexual assault on the Ethereum blockchain.

Now, they want to demand that users provide full identification before using the blockchains at all to the wallet companies. They also demand that companies store all data so it can be analyzed by authorities. It seems that George Orwell was right in predicting the type of world we will be living in, and it is currently being reviewed by the public in China.

As reported on Reuters, Singapore’s Temasek (a company worth US$77 billion in annual revenue) has placed an investment in Binance through their daughter Vertex Ventures. The amount is undisclosed, but it is based on the exchange’s efforts to begin operations in the city-state.

The investment is supposed to help Binance build and launch an exchange in Singapore that will facilitate the exchange between fiat and crypto, by the end of the year. Additionally, the investment is coming from multiple Vertex Ventures offices across Asia, which suggests a further increase of operations for Binance across Asia.

Leveraging the open-source blockchain code from Hyperledger Fabric, VISA is getting ready to launch its own blockchain service in the first quarter of 2019. Their service will provide a payment connection for businesses around the world. They have partnered with IBM to develop the unique parts necessary for their platform on top of the Hyperledger Fabric framework, as reported on CCN.

See you next week

This concludes our list of stories for this week. As always, share your opinions about the most interesting ones or link those stories we might have missed in our collections, which you found interesting and noteworthy over the week. You can also send us suggestions of stories to include in the next list if you find something interesting over the next days.