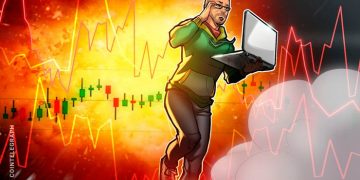 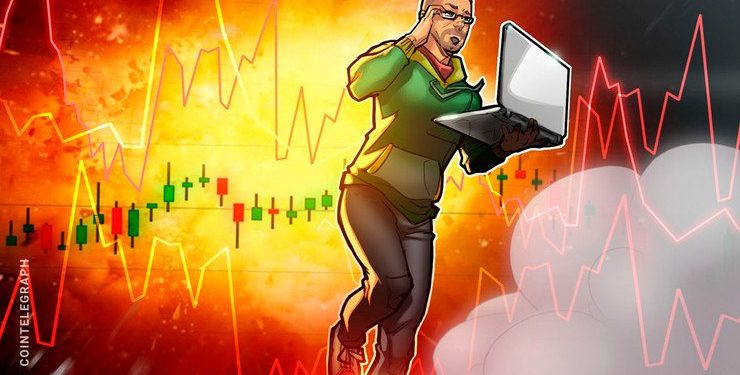 Wednesday, May 8 —  having just broken new 2019 highs, crypto markets have tipped into red in the wake of yesterday’s $40 million hack of major exchange Binance. Virtually all of the top 20 cryptocurrencies are down up to 9%, yet most losses remain mild, as Coin360 data shows.

Despite being the cryptocurrency stolen in the Binance hack, bitcoin (BTC) is itself showing resilience, and is down a fractional 0.9% on the day to trade at $5,882 by press time, according to CoinMarketCap.

After a bullish rally to brush the $6,000 mark yesterday, the top coin briefly corrected downwards to as low as around $5,800 apparently following the Binance incident, but has since recovered some of its lost ground. Bitcoin thus remains up by a strong 9.2% on the week. 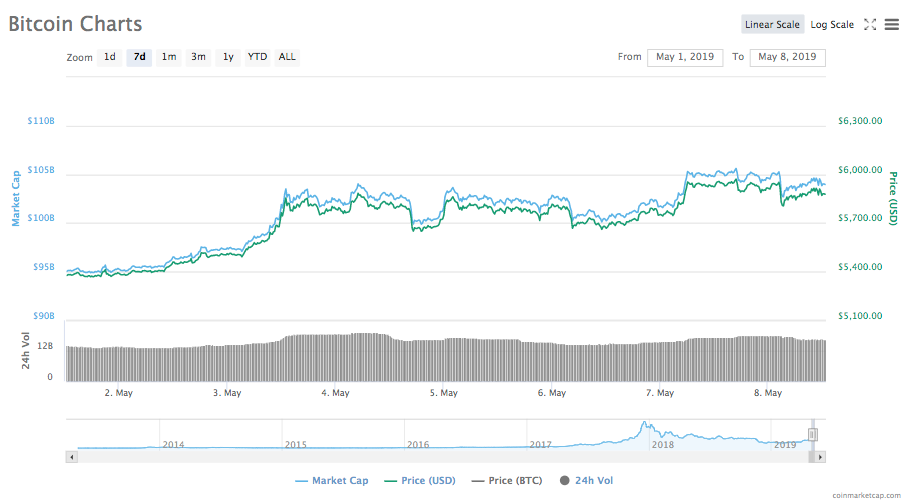 Largest altcoin by market cap, ether (ETH), has taken a stronger price hit, and is down 4% on the day to press time to trade at $171.93. Having almost broken the $180 mark during pre-hack trading hours, ether subsequently dropped to as low as $166. Nonetheless, its relative resilience has preserved a 5.4% gain for ether on its 7-day chart. 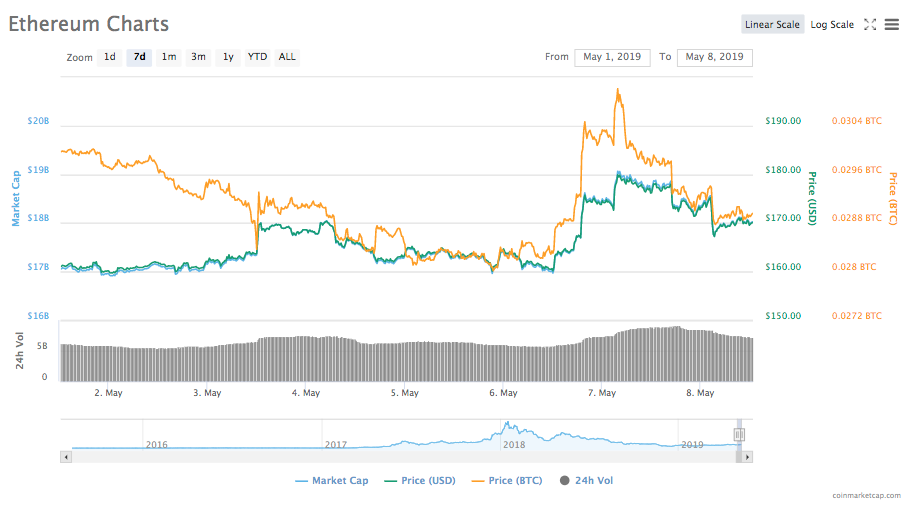 XRP has similarly seen a milder loss on the day, losing 1.5% to trade around $0.30 to press time. The asset’s price fluctuations have not correlated with its larger market-cap counterparts, and XRP saw its weekly high of $0.316 on May 4 before correcting downwards in recent days. On the week, XRP has seen a 2.13% loss. 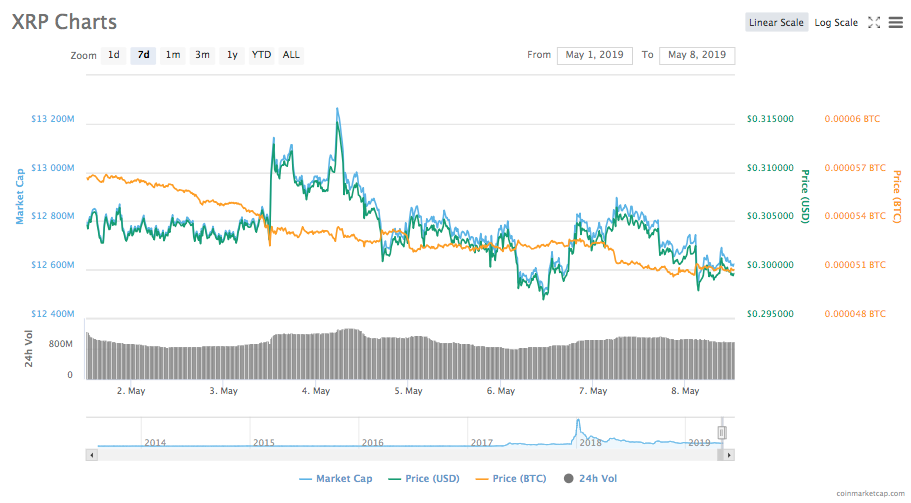 The top ten cryptocurrencies are uniformly red, with native exchange token binance coin (BNB) predictably seeing the highest loss— down around 6% on the day to trade at $20.87. Other top ten coins seeing marked — yet somewhat contained — losses are cardano (ADA), down 4.4%, stellar (XLM), down 3.9%, and litecoin (LTC), down 3.6% to press time.

The only top twenty coin to see green is tron (TRX), which has gained 2.5% to trade at $0.025 to press time. Tron’s Justin Sun had notably offered to personally deposit the 7,000 BTC to compensate Binance’s loss after yesterday’s security breach.

The total market capitalization of all cryptocurrencies is currently around $185.245 billion.

Weekly high in the 7-day chart for the total market capitalization of all cryptocurrencies. Source: CoinMarketCap

Markets have evidently taken a hit — if not a major tumble — following yesterday’s news of the hack of prominent crypto exchange Binance. As Cointelegraph reported, the platform suffered a major and premeditated hack, reportedly conducted by tactics that included phishing and viruses to obtain a large number of 2FA codes and API keys.

According to Binance, the incident resulted in hackers withdrawing around 7,070 bitcoin (BTC) — worth over $40 million at the time — from the exchange’s hot wallets,

In traditional markets, United States and European stocks broadly steadied against the backdrop of weakened equities in Asia, amid the ongoing escalation of Trump’s tariff strategy against China. To press time, futures on the S&P 500 Index is down 1.65% and the Stoxx Europe 600 has dipped less than 0.15%, whereas MSCI Asia Pacific Index dropped 1% to its lowest point in almost six weeks, according to Bloomberg.

Life’s Code: Blockchain and the Future of Genomics

Life’s Code: Blockchain and the Future of Genomics