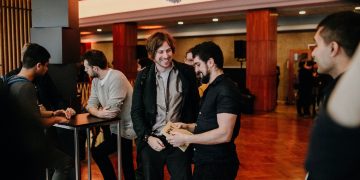 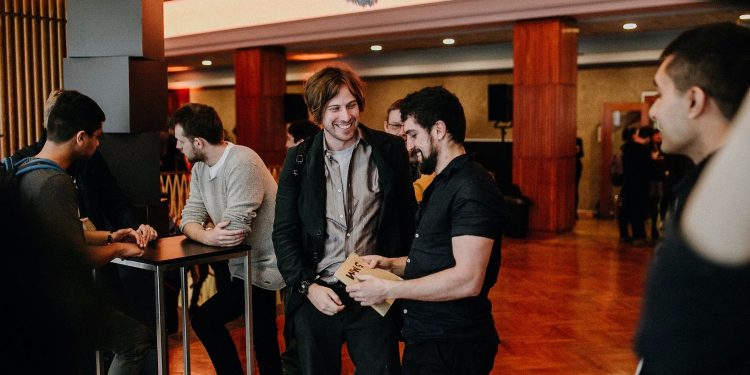 “We’ve been fucking up this mixnet idea for 39 years.”

That’s how lead developer David Stainton introduced the mixing tech that powers Nym Technologies, a stealth anonymity startup that sports a roster of privacy activists and cryptography heavyweights from around the world.

The goal of the project? According to Harry Halpin – an advisor to Nym precursor Panoramix – the objective is “to anonymize the world.”

Showcasing the new technology is a proof-of-concept cryptocurrency wallet built by bitcoin developer and revolutionary Amir Taaki – what he calls “Darkwallet 2.0,” named after privacy-preserving bitcoin wallet he built in 2014 that shares the same name.

“We’re gathering some of the top academics in the world so that we can develop fully anonymous, unlinkable cryptocurrency,” Taaki told CoinDesk.

In its first iteration, Taaki has coded up an implementation of Mimblewimble, a privacy-oriented protocol that achieves high scalability by fusing transactions together on the blockchain. Going forward, Taaki said Darkwallet 2.0 will be able to send transactions with potentially any cryptocurrency.

And that’s notable because, while existing privacy-centric cryptocurrencies like monero and zcash hide transactions on the blockchain itself, the method still reveals information at the network level.

For example, sensitive details like IP addresses and location data can be exposed. And while solutions such as Tor and VPN’s offer ways to conceal this information, they each come with their own tradeoffs – which Nym is positioning itself to solve.

And Darkwallet is only the first step towards a totalizing anonymity ecosystem that Nym plans to support. Going forward, Nym intends to provide an open platform for privacy-enhanced applications to realize themselves. This is something which, according to those involved in the project, is essential to preserve liberty in the digital age.

“It is impossible to have freedom under a regime of pervasive surveillance which attempts to control and manipulate all of your actions,” Halpin told CoinDesk, adding:

“The only way to fight for freedom effectively in such an age of surveillance is to build and use privacy-enhancing technologies.”

While the pursuit of Nym Technologies is wide in scope, the first step of the project is to design a cryptocurrency wallet that can offer network level anonymity for privacy-centric cryptocurrencies.

“We have not seen much progress in terms of what we call network level anonymity, the ability to essentially hide, not on the blockchain level, but on a peer-to-peer level, what peer a particular transaction is coming from,” Halpin, who is researcher at Inria de Paris, and former team member at World Wide Web Consortium (W3C), said.

Mix networks solve this by obscuring information about who is sending to who, which will remain unlinkable even if an adversary is observing all corners of the network. Equally, Halpin said even if the mix network is infiltrated by adversaries, it only requires one honest node in order to maintain the same security properties.

As such, Taaki’s Darkwallet showcases that mix networks can be leveraged for cryptocurrencies to achieve more robust anonymity – even against a global adversary – something that Halpin calls the “cypherpunk dream.”

“Only by hiding metadata on the network level can you actually be assured that your application provides real privacy,” Halpin said. “Otherwise a powerful adversary can always violate your privacy.”

Taaki echoed this, telling CoinDesk that tools like fully anonymous cryptocurrency will enable individuals to resist oppressive regulatory forces – which is especially relevant as governments move to track even privacy-centric coins.

“We’re in an arms race between regulators moving at the speed of law and technology which moves at the speed of light, and if we have a fighting attitude this is a battle that the state will lose.”

Stepping back, Nym Technologies evolved from research originally commissioned by the European Union in the wake of the Snowden revelations, in the form of Panoramix, a cross-university research project that has been active for the past four years.

As part of the Panoramix research, UCL’s George Danezis, author of the earliest mix net implementations, created a system named Loopix alongside his student, Ania Piotrowska.

“The Nym project will take some of those implementations effectively productize them,” Danezis said.

A legendary pursuit of the cypherpunks, mixnets were first conceived by David Chaum in 1979. However, they were later abandoned for products like Tor, the highly popular anonymous communications software that has been active since 2002.

Originally deployed for email services, mix networks work by shuffling information within a system so that by the time it exits, it is unmatchable with the information that was entered.

In their early days, mixnets were frustrating and expensive to use. But according to Danezis, mixnets are more viable now due to the shifting economics underpinning the internet, which enable Loopix to achieve higher anonymity at the cost of bandwidth, compared to existing systems.

In particular, early mixnet implementations used time delays to break the pattern of information as it entered and left the system. However, with no indication of how long a message might take to process, this came at a high cost to the user experience.

As such, Loopix keeps this time delay – also known as latency – low, but does so without sacrificing anonymity. In particular, it works by injecting high amounts of cover traffic into the system, which breaks the pattern between messages at the cost of bandwidth.

“Since bandwidth these days is cheaper that doesn’t bother anyone. Having a Loopix connection is going to be way less than watching Netflix or anything like that.”

Going forward, Nym Technologies hopes to build all the essential building blocks that are needed for different parties to interact in a privacy-respecting manner on a network.

For example, Taaki hopes to add smart contract functionality to the new Darkwallet, so that it can swap between different cryptocurrencies and even host decentralized autonomous organizations.

“The first step is development of fast, efficient, purely anonymous, unlinkable cryptocurrency. And afterwards, we can talk about decentralized exchanges and all new forms of applications that protect the individual,” Taaki said.

And Nym Technologies has other hopes to support the development of a full anonymous ecosystem as well. The mix network itself, for example, can be used for anything from secure messaging to digital voting.

Tying this together is a signature scheme named Coconut, that was developed by Danezis at UCL. Essentially, Coconut combines with the mixnet to provide an anonymous credential, that will allow users to verify identity on the mixnet without sacrificing any information.

“We are trying to solve that problem of both authentication in a privacy-friendly way. and secure transport that doesn’t leak your identity, in general for privacy-minded services,” Danezis said.

This can be used to authenticate users as they access services, Danezis said, as well as protect the mixnet against Sybil attacks. Additionally, it could also be used to provide incentives for the services in the future.

In this pursuit, Halpin said the cryptocurrency industry is uniquely placed. While historically, monetary support for privacy-enhancing technologies has been low, developments in blockchain allow for new kinds of funding models to take place.

“That has never been possible before this moment in history. It’s a very special moment to be alive,” Halpin said, concluding:

“I really hope that cryptocurrency community really doubles down on cypherpunk vision and tries to make it a reality. This may be the last best chance we have.”

Image: Harry Halpin and Amir Taaki at the Web3 Summit 2018, credit to the Web3 Foundation