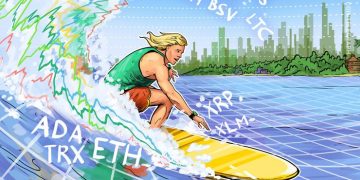 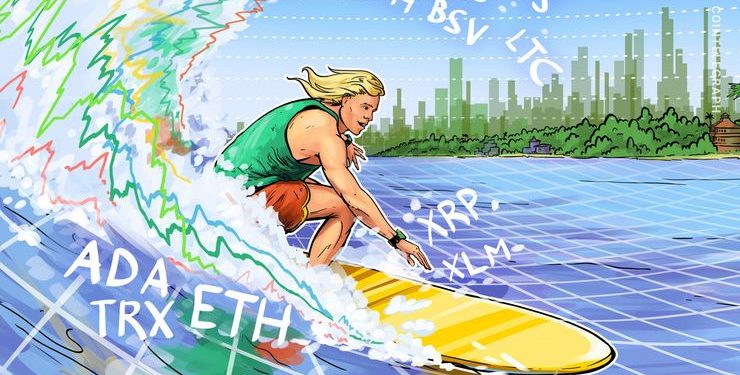 A lot of crypto investors have lost a staggering amount of money this year. The total market capitalization of all cryptocurrencies is threatening to break down of the $100 billion mark. Unlike the traditional assets, there is no set standard to arrive at a fair value for cryptocurrencies. Various experts have proposed many different methods to determine the valuation.

One of the most popular Bitcoin advocates and a co-founder of Fundstrat Global Advisors, Thomas Lee, believes that the fair value of Bitcoin is between $13,800 and $14,800. He expects the price to rebound if the asset class is widely embraced and its user adoption increases.

After this year’s bear market, one would expect the hitherto existing owners to abandon the asset class. However, a study by the Cambridge Centre for Alternative Finance shows that the number of ID-verified cryptocurrency users has doubled in the first three quarters of this year — from 18 million to 35 million. Does this signal a likely recovery in the near future?

Let’s look at the charts and try to forecast whether the price will fall or rise from the current levels.

A weak bounce on a retest of either a low or a critical support is a bearish indication. It implies that the price has still not reached a level that is attractive to buyers. Today, Bitcoin easily slipped through the yearly low of $3,329.05 and made a new one of $3,307.02.

If the BTC/USD pair bounces off the current support and breaks out of the 20-day EMA, it will be a positive sign. Such a move can result in a pullback to $5,000.

The only bullish indication is the positive divergence on the RSI, but if the price doesn’t move up, it can turn into a bear trap.

Ripple has been holding the support of $0.28600 for the past seven days, but it has not been able to achieve a meaningful bounce.

Failure to rebound has increased the probability of a breakdown of the support. Both moving averages are falling, and the RSI is in the oversold zone. This suggests that the sellers have an upper hand.

The next level to watch on the downside is $0.24508. If this support also fails to hold, the downtrend can extend to $0.15. The first sign of a likely change in trend will be a break out of the 20-day EMA. Above this level, the XRP/USD pair might see some buying and can reach $0.4.

Traders who are long can hold their positions. We shall take a call on whether to keep holding or to sell in our next analysis.

Ethereum has been clinging to the bottom of the $83–$102.5 range. This shows a lack of buying even at the current levels. The failure to move up in the past three days is likely to attract sellers.

A breakdown and close (UTC time frame) below $83 will resume the downtrend and can plunge the ETH/USD pair to the next support of $66.

The first sign of an end to the incessant selling will be a sustained rally above the 20-day EMA. Until then, every pullback will be sold into.

After a two-day pullback, Stellar has resumed its downtrend and has made a new yearly low. The down sloping moving averages and the RSI in the oversold zone confirm that the path of least resistance is to the downside.

The next support on the downside is at $0.08. However, in a strong downtrend it is difficult to call a bottom as the price continues to slice through support levels with ease.

The first sign of a trend reversal will be when the XLM/USD pair sustains above the 20-day EMA. In such a case the pullback can extend to $0.184. Traders should stay away from long positions until the price confirms a bottom.

Though EOS continues to be in a downtrend, it has been trading close to the overhead resistance of $2.1733 for the past five days. This shows some buying in the pair. However, if the bulls don’t scale the resistance quickly, it will invite selling.

A break out of $2.1733 can reach the 20-day EMA, which is likely to act as a stiff resistance. The recovery will gain traction if the bulls sustain above the 20-day EMA.

On the downside, a break down of the Dec. 7 low of $1.55 will resume the downtrend that can reach $1.2. The traders should wait for the EOS/USD pair to signal a trend reversal before attempting a trade in it.

After trading in a tight range for five days, Bitcoin Cash resumed its downtrend and made a new low on Dec. 18.

Both moving averages are trending down and the RSI is deep in the oversold territory, confirming a downtrend. There has not been a meaningful pullback since the downtrend gained momentum on Nov. 19. This suggests that the bears are in complete control. The BCH/USD pair can now correct to $72.39.

The traders should wait for the decline to end and a trend reversal to be signaled before establishing a long position in the pair.

Litecoin has slipped back to the low of $23.1. Though the bulls are defending the support level, if they don’t manage to push the price above $29.349 within the next few days, a new low is likely. The next lower support is at $20.

The downtrending moving averages and the RSI in the oversold zone show that the bears are in complete control. A small ray of hope for a bottom formation at the current levels is the positive divergence on the RSI. However, for that, the LTC/USD pair will have to sustain above the 20-day EMA. Until then, we suggest traders remain on the sidelines.

After trading inside the range since Nov. 26, Bitcoin SV broke below the support of $80.352 on Dec. 13. Unless the bulls quickly reverse and scale the previous support-turned-resistance of $80.352, the sellers are likely to pounce on it. The next lower target is a retest of the Nov. 23 low of $38.528, with a likely minor support at $57.

The first sign of strength will be when the BSV/USD pair climbs back into the range. Though the digital currency is currently trading way above its lows, it has a short trading history. Hence, we suggest traders wait for a new buy setup to form before buying it.

TRON continues to trade inside the symmetrical triangle. The bulls are defending the support of the triangle, whereas the bears are not allowing a break out of it.

The next leg of the move will be decided after a break out or break down from the triangle. A breakout can result in a rally to $0.0183, which is likely to act as a stiff resistance.

On the other hand, if the TRX/USD pair breaks down of the triangle, the downtrend will resume. Though the pattern target of the breakdown is $0.00554133, we expect some support at $0.00844479. The traders should wait for a breakout and close above the triangle to initiate any long positions.

The failure of Cardano to climb back into the previous range is likely to attract selling. The bears will now attempt to break down of the support at $0.027237 and plunge towards the next support of $0.025954.

On the other hand, if the ADA/USD pair bounces off the Dec. 7 low, it might remain range bound for a few more days. The first sign of buying will be when the price sustains above $0.035. We can expect the recovery to gain traction if the bulls scale the 20-day EMA and sustain it for three days. Until then, the path of least resistance is to the downside.