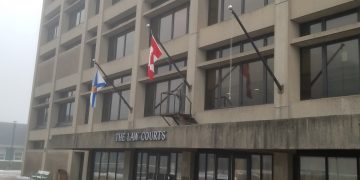 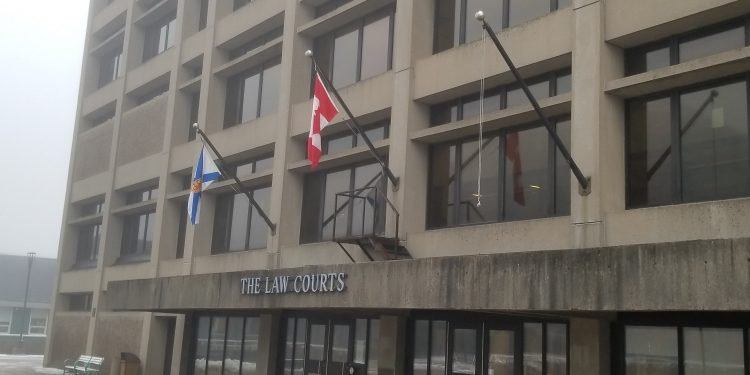 Law firms jockeying to represent somewhere between 90,000 and 115,000 users of QuadrigaCX will appear before the Nova Scotia Supreme Court Thursday to see which firms will be appointed representative counsel.

The Canadian crypto exchange filed for, and was granted, a stay of proceedings under the Companies’ Creditors Arrangement Act (CCAA) earlier this month. As a result, Quadriga has until March 7 to try and recoup as much as $260 million CAD ($196 million USD) that it says it owes to customers. While some of these funds are held in cash by payment processors, the vast majority is reportedly locked away as cryptocurrencies in offline cold wallets.

Ernst and Young (EY) has already been appointed as a monitor for the exchange, meaning it is working with Quadriga to recover its funds and determine what other assets can be sold to generate some revenue.

Multiple law firms have filed notices to represent the interests of the exchange’s users as well. Whichever firms are appointed is likely to build up a potential class action lawsuit, which would be filed after the stay of proceedings is lifted. The law firms would also be tasked with reaching out to creditors and compiling a list of affected users, potentially as part of this lawsuit.

So far, three different teams have filed notices of motion: Bennett Jones and McInnes Cooper, Miller Thomson with Cox and Palmer and Osler, Hoskin and Harcourt with Patterson Law, according to a webpage set up by EY. Each of these teams cites affidavits from creditors explaining why they should be appointed as representative counsel.

Judge Michael Wood may decide as soon as Thursday which of these teams gets the nod.

According to EY’s first report, published earlier this week, it is rare for multiple law firms to bid to become representative counsel in a creditor case.

In providing its recommendations to the court, the firm explained:

“In those cases, the Courts considered the underlying experience of the proposed counsel, as well as considering which law firm proposed to represent the most inclusive class of claimants and how many claimants have already retained that firm to represent them.”

According to the filings, each of the legal teams is seeking broad powers over the case, including potential investigative powers into the missing cryptocurrencies and other asset issues.

Bennett Jones and McInnes Cooper explain that the firms already have experience in “recovery issues,” citing fraud and ponzi scheme investigations as two examples. The firms are hoping to “properly investigate” the Quadriga situation as part of its mandate.

Amanda McLachlan, an investor who filed an affidavit in support of Bennett Jones, supported this application, saying that “the appointment of Representative Counsel with experience in the area of investigations and asset tracing would not only assist the Monitor in the efficient administration of the CCAA process, but will ensure that appropriate recovery efforts will be performed to the benefit of the Affected Users.”

An affidavit by Parham Pakjou supporting the Miller Thomson bid focuses more specifically on different communication tasks, saying the appointment of this firm would free up EY to specifically look for the missing cryptocurrencies and recover funds.

Interestingly, Osler, Hoskins and Harcourt/Patterson Law’s argument for their bid notes that it would receive assistance from a group of QuadrigaCX users who “have impressive technical expertise, including the ability to understand, if not perform, blockchain analysis to trace blockchain transactions.”

EY and Quadriga’s attorneys said they have no issue with any of the law firms being appointed as representative counsel, though they commented on what powers they believe the appointed firm should have.

Specifically, EY believes representative counsel should be specifically tasked with communicating with creditors and advocating on their behalf over any issues that might arise.

The report says that “it may be appropriate to temporarily limit the mandate of Rep Counsel appointed at this time to communicating and disseminating information to the Affected Users and advocating on behalf of Affected Users before the Court on preliminary issues raised in these CCAA proceedings,” rather than approving any investigative work that the counsel might run through.

It explains that there are a number of concerns should representative counsel be given broad or investigative powers, including the potential duplication of efforts being conducted by EY.

This, in turn, might increase the representative counsel’s costs, which would be passed on to Quadriga.

Left unsaid was the possibility that the greater the law firm’s costs are, the less creditors are likely to receive.

EY suggested placing a cap on the counsel’s total billing ability as one solution.

For its part, EY says it is currently focused on locating Quadriga’s assets and finding its missing cryptocurrency, though it has only just begun this work. The fact that the companies are early in the CCAA process is another reason to limit what powers the representative counsel might have, the filing states.

Christine Duhaime, a financial crimes lawyer, told CoinDesk that she would agree “it is not appropriate for another law firm to be given broad power or even investigative powers,” noting that the firms are “lawyers, not investigators.”

The fact that the case deals with cryptocurrencies further compounds the issue, and could indeed lead to duplication of work as EY says, added Duhaime (who represented QuadrigaCX for five months in 2015).

While not a formal notice of motion, another law firm, Goodmans LLP, has filed a letter to the Nova Scotia Supreme Court to also ask to be appointed representative counsel.

However, the firm is specifically calling for a creditors’ committee to be formed to help select representative counsel first.

In its letter, the firm argues that “there has not been sufficient notice of this selection process and that greater visibility and opportunity should be given both (i) to other creditors who may wish to come forward and serve on any creditors’ committee to be appointed in this case and (ii) to other qualified and experienced law firms who may wish to present their credentials.”

Goodmans outlined a proposal wherein Quadriga or EY would publicize information about a committee, which would then be formed and could work with the court and the exchange to select the representative counsel.

Duhaime said she agrees with this proposal, calling it “both reasonable and more cost-effective.”

Reiterating her earlier point about expertise in the cryptocurrency space, she noted that while every law firm has experience with bankruptcies and class action lawsuits, few are familiar with cryptocurrencies.

“The process should be opened up for more large firms with digital currency expertise to present proposals,” she said.