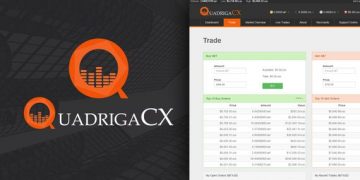 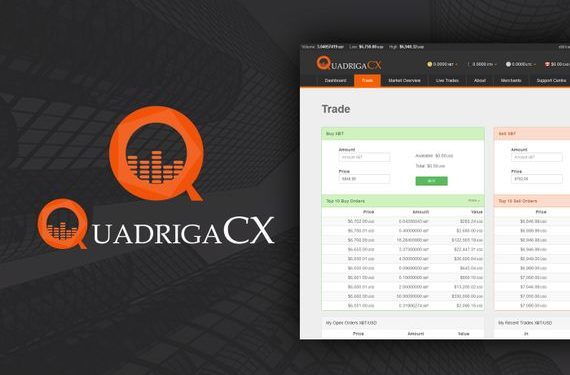 A series of increasingly curious events continue to unfold around QuadrigaCX, Canada’s largest cryptocurrency exchange. The service has closed, claiming to have lost access to most of its funds. However, analysts have uncovered what may be transfers of the so-called inaccessible cryptocurrencies, as well as evidence of accounting inconsistencies surrounding the exchange’s handling of its customer’s deposits.

On December 9th, Quadriga founder and CEO Gerald Cotten died unexpectedly while traveling in India. Shortly thereafter, the exchange stopped processing withdrawals, and on December 28th, ostensibly under the direction of the board of directors, it ceased operations. The company has since asserted that most of its cryptocurrency is held in cold wallets which only Cotten was able to access.

In recent days, Quadriga has filed for bankruptcy protection, and a Canadian court is expected to appoint Ernst & Young to investigate the whereabouts of the inaccessible funds. In a sworn affidavit given on January 31st, Cotten’s widow, Jennifer Robertson, claims that information on the cold wallets may be on her late husband’s laptop, which she possesses but cannot access due to encryption. Robertson has also claimed that upwards of USD $190 million worth of Bitcoin and altcoins may be in the wallets, and that much of it may be permanently lost.

Not surprisingly, rumors have abounded around the closure of the exchange. Angry customers have demanded a thorough investigation, and there is reason to believe that Quadriga may have funds in a range of locations, such as on other exchanges. It is also reasonable to assume that Canadian authorities may soon get involved and start investigations of their own.

Adding to the speculation are indications that some of the supposedly inaccessible funds may have been moved over the past few days. One Redditor, for example, has posted what he claims is evidence of activity among Quadriga’s Litecoin cold wallets. If true, it would prove that the wallets are not inaccessible, as the company claims. This activity, however, has not been confirmed by reliable experts. Conversely, another report on Medium claims to present evidence that some cold wallets likely do not exist, and that Quadriga has, at least for a time, been operating more like a ponzi scheme than a legitimate crypto exchange.

Rumors notwithstanding, what has baffled crypto experts is the company’s claim that one individual had sole access to the bulk of the exchange’s cryptocurrency deposits, with no alternate means of recovery. Cotten and the Quadriga team would certainly understand the risk of holding customer’s funds in such an amateurish and irresponsible manner. This fact alone is evidence enough to suspect foul play. For example, Kraken CEO Jesse Powell has referred to Cotten’s death and the inaccessible wallets as a “bizarre and, frankly, unbelievable story.” Powell has stated that his exchange has knowledge about several wallets belonging to Quadriga, and has offered to pass this information to Canadian investigators.

The Canadian court is expected to hold a preliminary hearing on February 5th, where more information on this developing situation may become available. Regardless of whether or not malfeasance has occurred, this incident reflects the substantial risks still associated with crypto trading and exchanges. For mainstream and institutional investment to become commonplace, a greater degree of security must be established for those seeking to entrust their funds with cryptocurrency organizations. This situation may also help determine if Canadian finance laws are adequate to address what has occurred, or if new legislation is needed. There also reasonable certainty that some time will pass before the full story is known, and, if possible, the victims adequately reimbursed.

Disclaimer: As this is a currently developing story, the facts presented in this article are based on the best knowledge and information available to us at the time of writing. We will try to update and correct this article as more facts are uncovered.