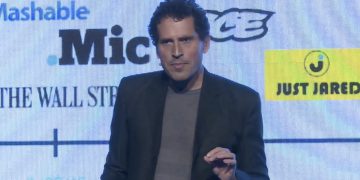 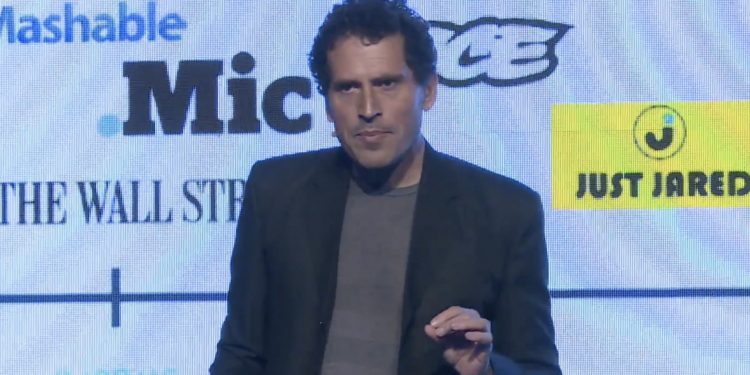 Can flat abs gurus and mommy bloggers sell the masses on crypto?

That seems to be the master plan behind a much-hyped stealth startup by Gunnar Lovelace, the former co-founder of Thrive Market, who plans to redeploy a network of “mega-bloggers” he built up promoting the health marketplace by turning its legion of fitness fans onto crypto.

But if Lovelace is open to touting a network of celebrities that includes movie stars, life coaches, cookbook authors and U2 frontman Bono in private, his company has been anything but public since its 2018 founding. Not only does its website contain virtually no information, but talk of the project has only so far seemed to circulate around secret parties strategically placed at major crypto events.

Yet, investor documents obtained by CoinDesk reveal what Good Money is really banking on, the idea millennials trust internet personalities more than media or financial institutions. Thus, the central idea is those personalities might be more than willing to monetize that trust.

A pitch deck for the company obtained by CoinDesk explains:

“Good Money is a millennial mobile-first banking platform with a fiat-crypto interoperability that empowers global citizens to be part of a more equitable and transparent world.”

Rumored to be planning a major initial coin offering (ICO) since early 2018, Austin-based Good Money has raised $22 million on an offered $40 million in what appears to be a convertible note according to a September SEC filing.

As for the product, it’s effective a mobile crypto wallet that will double as bank, payment system and investment platform (among other things). It also promises to let users decide which socially good causes to devote company profits to.

Many of Good Money’s promises will sound familiar to regular readers of initial coin offering (ICO) white papers – fast transactions! low fees! amazing user experience! – but one aspect of Good Money does stand out: its focus on marketing. In a document outlining Good Money’s “Token Ecosystem,” it describes a fundraising plan that ultimately aims to raise $80 million selling GDMY security tokens, or “Good Shares,” tokenized equity in the company.

The general public can look forward to a $15 million coin offering (though the token price is to be determined). The founders put in $10 million at a $40 million valuation, or $0.0024 per token. The next tranches were slightly higher.

That document breaks down a simple budget for the funds, and marketing is the largest clearly defined line item, with $15-30 million earmarked for marketing as opposed to $7-10 million for opening relationships with banks and $8-10 million devoted to technology.

But if talk of the company has largely circulated around parties, the documents suggest this isn’t likely to stop. “Good Money Festivals” are one of the six legs of its larger marketing plan, and one of five co-founders is a long-time Burning Man staff member.

Should Good Money continue to raise capital, it appears its plan is to rely heavily on an aggressive social media strategy.

The documents explain that influencers were key to Thrive Market’s ability to attract millennial customers, arguing it was “mega-bloggers” who became investors in Thrive and promoted its products to their following.

None of the documents indicate that any of these influencers have committed to Good Money. (They are only listed as suggested supporters based on prior involvement with Lovelace in Thrive.)

Its funds for influencers and publishers won’t stop with the money it raises in the token sale. Provided the GDMY token holds its value, one-third of the reserve released every year will be used to bring them on board and keep them. Thrive Market promised people and organizations with reach equity for each customer converted, and Good Money proposes to import that same model.

In a rare talk given at the World Blockchain Forum earlier this year, Lovelace explained:

“We come into the crypto market with an army of influencers and publishers and celebrities that will bring more marketing firepower to the launch of good money and the scaling of our platform than any other cryptocurrency has to date.”

But if the marketing strategy is big on strategy and short on details, so, too, are the technical promises.

Good Money plans to offer two tokens, both of which will be held by its user custodial wallet, which Lovelace called a “core beachhead” for the company. Though it’s not clear yet which blockchain they will run on, its “litepaper” says it will scale by “either forking or running on top of platforms such as EOS, Hashgraph, NEO, Polkadot, etc.”

It continues: “Good Money APIs will interact with an abstraction layer that allows us to toggle between the chosen underlying blockchain.”

With a projected release date of September 2019, its utility or consumer token will be a stablecoin called GOODS. Each GOODS token will be worth exactly $1, though various documents indicate there might be conflicting stablecoin strategies (one says it will be 100 percent collateralized and backed by US dollars, and another says it’s weighing options for the optimal mixed collateralized and algorithmic approach).

Ultimately, 100 billion GDMY security tokens will be minted, split equally in two pools, one for investors and the team behind Good Money. For the founders, team and advisors, 30.31 percent of this pool has been set aside. The rest is for investors.

The second pool will be released continuously over a 16-year period in order to cover the costs of incentives, marketing and operations. Provided the token holds its value, the documents suggest this will be how it can promise no fee banking to consumers, because costs will be covered by the release of these tokens.

GDMY should begin trading on January 1.

Consumers will also earn GDMY tokens for being good customers, which will give them votes over which causes profits will support and an ownership stake in their mobile bank. These will presumably be funded by annual reserve emissions.

Additionally, documents promise customers that use GOODS commercially will be rewarded with 4 to 8 percent cash back in GDMY.

Critically, all profits made by Good Money (through merchant fees, exchange fees, future financial products and etc) will be split half and half. The first half will go to socially good causes voted on by the community.

The second half will go to increase the value of GDMY tokens over time through a buyback and burn program governed by a smart contract. These sorts of programs have become a familiar way for token projects to reassure investors of the potential for long term growth.

Good Money preserves decentralization, preventing itself or any third party from accessing users’ keys. Instead, Good Money plans to allow users to recover lost passwords by authorizing multiple friends to attest to their identity to the blockchain in the event of a lost private key.

No surprise, the company views this strategy as a potential way to grow adoption.

Elsewhere, Good Money could get support from an arguably experienced founding team.

Knowledgeable sources told CoinDesk that investors have been excited about the team behind Good Money because each member has a prior track record scaling businesses, either as founders or early employees.

Lovelace co-founded the aforementioned Thrive Markets, an e-commerce site for healthy foods and goods, and previously exited from Strategy Cognition and EGO-X Studios, according to AngelList.

Investor materials lists five other co-founders, including Nick Sullivan, whose bitcoin tipping company ChangeTip had its team acqui-hired by Airbnb in 2016. Sullivan was also employee number one at a company acquired by Salesforce for $840 million.

Andrew Masanto is a co-founder of Hashgraph, a distributed ledger technology company that announced a $100 million funding round in August. The team also includes Seth Taube, CEO of Medley Management, an alternative asset management firms that went public in 2014, currently with a $161 million market capitalization.

Lovelace says Taube will serve as the CEO in his talk, saying: “One of my superpowers as a leader and entrepreneur is to identify great people.” Its a talent he thinks will be recognized by social influencers as well.

“Because I’ve made them so much money and have the credibility with them, they’re coming into Good Money. They’re excited. You know, it’s literally like: where do I send a check? How do I get involved? When can I start promoting?”