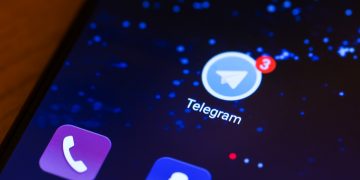 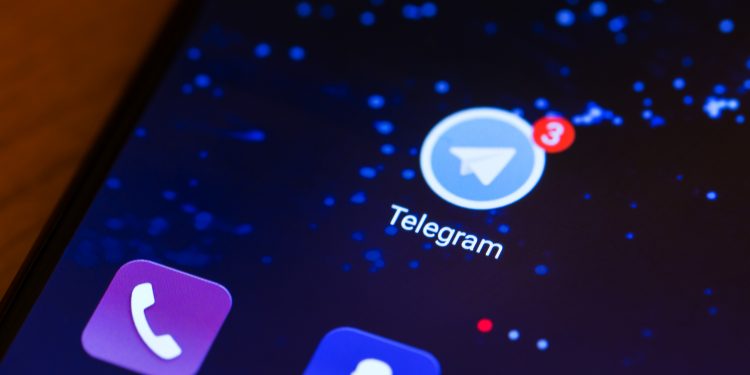 Some big names that may have invested in Telegram’s token sale are surfacing in court documents as the company fights a case brought by the U.S. Securities and Exchange Commission.

The list includes some prominent individuals as well as investment firms. One of them, a former board member of Bitcoin Foundation and a partner of Ribbit Capital Micky Malka, is mentioned in the deposition of Telegram CEO Pavel Durov. Asked if Telegram knew which of its investors could be a validator in TON proof-of-stake blockchain, Durov said:

“We didn’t put together a separate list of the purchasers who we would assume have experience in validating other networks, although it was obvious that certain investors… such as, for example, Micky Malka that we have discussed earlier, might… have experience in these processes of validation or at least were closely affiliated with parties that had experience in such processes.”

Another individual mentioned in the messages from Telegram Vice President Ilia Prerkopsky was David Yang, founder of digital dictionaries company ABBYY Lingvo and a member of the Band of Angels venture fund. The excerpts of the chats have been attached to the case by the SEC.

Discussing the second round of the token sale with Perekopsky in a Telegram chat in February 2018, Yang asked, “Tell me, if I myself, David Yang, without anybody’s mediation addressed Telegram directly in January and expressed a wish to invest, would I get a quote from you?”

Seeing through the redaction

According to the documents the SEC attached to its recent motions to court, U.S. investment funds Kleiner Perkins, Fortress, Draper Dragon, Dragoneer, DRW Holdings and Redpoint could have invested in the gram tokens, according to the witness declarations attached to the SEC’s motion for summary judgment submitted on Jan. 13.

There are eight declarations from TON investors explaining how they discovered the TON project and why they purchased grams. The names of the companies and testifying representatives have been redacted; however, the file names of these documents contain the names of supposed investors.

None of the companies mentioned returned CoinDesk’s requests for comment, but several sources familiar with the token sale confirmed they heard about these firms buying grams.

For example, a document named “Fortress Declaration Executed_Redacted” contains a declaration from a person who leads a team that “invested in Bitcoin, Ethereum and various Initial Coin Offerings.” According to the testimony, the fund ended up investing $10 million for about 26.5 million grams during the first round of the token sale in February 2018, and the witness himself invested $50,000 personally.

Another document, named “DRW Holdings, LLC Troutmann Declaration,” may be referring to the name of Kimberly Trautmann, head of DRW Venture Capital. In the testimony, the witness discusses investing $5 million for 13.2 million grams, hoping “to be able to trade them … at some time after the TON blockchain became operational.”

A filing named “Redpoint – Telegram Declaration” contains the testimony of a person who represented several funds, together investing $10 million in Telegram. “I became interested in investing in the Telegram ICO because I did not think it was possible to invest in Telegram, the company, directly,” the witness said.

That was the common thinking among many investors, says Anatoliy Knyazev, managing partner of Britain-based investment firm EXANTE, which, according to Knyazev, also invested in TON.

“Telegram and Durov have never offered to buy Telegram’s shares, and everyone apparently would love to,” Knyazev said. “So people saw those tokens as a chance to participate in Telegram in some way.”

Two other passages in the documents offer information of additional fundraising efforts Telegram affiliates have been taking to further support the TON blockchain.

A document named “Dragoneer Decl. Executed_Redacted” contains a declaration of a witness who worked as a “senior analyst on an investment team focused on internet and software companies.” In January, the fund invested $15 million in exchange of 39.7 million of the future tokens.

According to the witness, on or about Aug. 13, 2019, John Hyman, who led Telegram’s fundraising in the U.S., contacted them together with Alexander Filatov, the managing partner of TON Labs, which turned out to be an unofficial tech partner of Telegram helping work on TON.

Hyman and Filatov were reaching out on behalf of TON Ventures, a British Virgin Islands-based entity that, according to the court documents, was formed in October 2018 “to stimulate development of the upcoming TON ecosystem by investing into carefully selected teams/projects around the world that are ready to develop infrastructure and use-case applications on the TON Blockchain.”

Similarly, a document named “Draper Dragon Tang Declaration” mentions communications with Hyman about a wallet-building startup. The document’s name might be referring to Andrew Tang, managing director of DFJ DragonFund, part of Tim Draper’s Draper Dragon. According to the witness, the fund he’s working with “is an active investor in the cryptocurrency space.” The fund invested $10 million for 26.5 million grams.

Later, Hyman reached out to the “Draper Dragon” witness asking if he wanted to invest in a startup working on the wallet for grams. Hyman was seeking to raise “between $5-$10 million to develop this wallet,” the witness said.

“I came to understand from my discussions with Mr. Hyman in the summer of 2019 that he had left Telegram to work on building services on top of the TON network, and specifically a wallet application.” At that time, Hyman was working with Gram Vault, a startup building a custody solution for the future tokens, according to earlier documents in the case.

Both “Draper Dragon” and “Dragoneer” witnesses said they refused to invest in the gram wallet. “I found it notable that this use case for the TON network required separate capital raise because I expected that Telegram was going to be supporting use cases,” the “Dragoneer” witness said.

Alexander Filatov maintains that TON Labs is an independent software development company that “designed and deployed a comprehensive operating system on top of the TON blockchain.”

“TON Labs is indeed considering to attract financing for further growth from reputable international funds and have had private discussions about that,” Filatov told CoinDesk.

A meeting in London

A document named “PX5 KPCB Redacted,” which contains the acronym for Kleiner Perkins Caufield & Byers fund name (“PX5” is the number of an attachment), contains a declaration of the former partner at a California-based venture fund that invested $30 million in TON during the first round of the token sale, getting an allocation of about 70.5 million grams in return.

Hyman’s correspondence also contains the mention of Kleiner Perkins investing $30 million. According to the declaration in the case, the fund was first offered a $15 million allocation but convinced Telegram to increase the sum to $30 million.

The witness said he met Durov, Hyman and Hyman’s former coworker at Morgan Stanley, Jonathan Lourie, over dinner in London on Jan. 9, 2018. According to Durov’s emails submitted to the court earlier, that day he and Hyman met in London with Kleiner Perkins partners Mamoon Hamid and Mood Rowghani.

Rowghani joined Kleiner Perkins as a partner in 2014 and left for Bond Capital in September 2018 – the same timeline is described in the declaration, although the funds’ names are redacted. Kleiner Perkins didn’t answer CoinDesk’s request for comment by press time.

Telegram is scheduled to meet the SEC in court on Feb. 18.