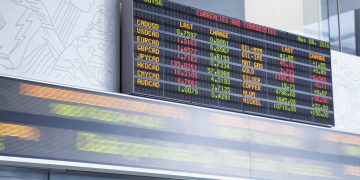 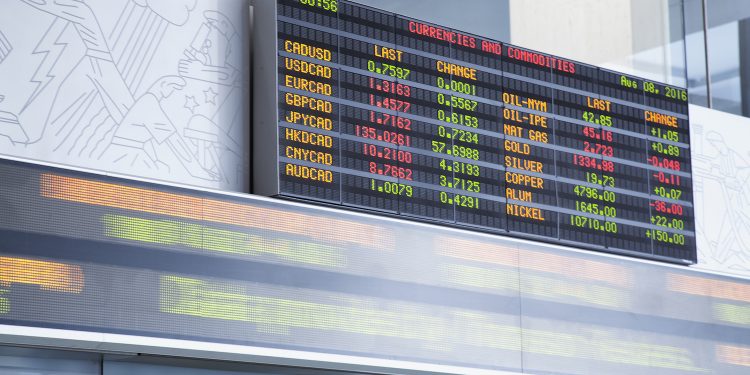 Voyager, a cryptocurrency brokerage startup founded by veterans of Uber and E*Trade, is going public on Canada’s TSX Venture Exchange through a reverse merger valued at $60 million.

A reverse merger occurs when a privately held company acquires the majority of shares in a publicly traded one and the two firms are combined. In this case, New York-based Voyager Digital Holdings acquired UC Resources Ltd., the shell of a mineral exploration company that ceased operations in 2015, in an all-stock deal finalized earlier this week.

Announced Wednesday, the merged entity, renamed Voyager Digital (Canada) Ltd., will begin trading on Feb. 11 on the TSX, a subsidiary of TMX Group, the parent of the Toronto Stock Exchange.

Stephen Ehrlich, co-founder and CEO of Voyager, told CoinDesk that the ability to issue publicly traded shares will give his company a currency (in the figurative sense) with which to make acquisitions to build its nascent business.

“We’re actively looking for parts of the crypto ecosystem that fit with us, that fit with our mission and our culture,” said Ehrlich, who oversaw eight acquisitions as CEO of the online stock brokerage Lightspeed Financial and earlier ran the professional trading business of E*Trade. “Having cash plus a public currency will make us more efficient and give us more opportunities.”

Voyager, which first revealed its plan to enable zero-commission crypto trading for U.S. retail investors last summer, quietly raised about $7 million from undisclosed investors in a series of private rounds beginning in May, said chief marketing officer Steve Capone. The last round valued the company at $60 million, according to Ehrlich, so that is the cost of the stock it paid for the shell company.

Aside from securities veteran Ehrlich, the company’s founders include Oscar Salazar, the founding architect and CTO of Uber.

Beyond dry powder for M&A, Ehrlich said being a listed company will help Voyager build trust with clients since it will have to make quarterly and annual disclosures of its financials and answer to Canadian securities regulators. He added:

“That brings a lot of credibility and transparency to the customer that they can trust us.”

It won’t be the first crypto firm to go public through a reverse merger on the TSX, however. Most prominently, Galaxy Digital Holdings, the crypto fund started by Michael Novogratz, did so last year through the takeover of a listed pharmaceutical company.

The idea behind Voyager is to allow retail and institutional investors to buy and sell crypto across multiple exchanges using a single account on a mobile app, with a smart order routing system ensuring they get the best prices available.

Instead of charging commissions for this service, Voyager will make a spread, but only when it executes orders at levels “better than quoted at time of order submission, resulting in price improvement for the customer and revenue for Voyager” said Capone. “Price improvement is not a customer guarantee, but zero-commission is.”

Currently, the platform is in beta testing with “more than a handful” of users, and a public launch slated for later this month, Ehrlich said (slightly behind schedule, as the original plan was to go live in Q4). The number of people on the waiting list is in “the six figures,” he said.

To entice retail customers, Voyager is offering $15 worth of bitcoin to those who sign up early. It will be competing for this business with consumer-facing platforms such as Robinhood and Circle (neither of which charge commissions), as well as industry juggernaut Coinbase.

Meanwhile, about half a dozen institutional broker-dealers and trading platforms have signed up to use Voyager’s APIs to “deliver crypto trading to their customer base,” according to Ehrlich. In August the company hired Glenn Barber, a veteran of Deutsche Bank and Barclays, to expand this part of the business.

On the other side of the proverbial table, Voyager has signed up 10 exchanges and market makers for the platform and is in conversations with twice that number, executives said.

The company has obtained money transmission licenses in 10 U.S. states, with applications pending in another 30 or so.