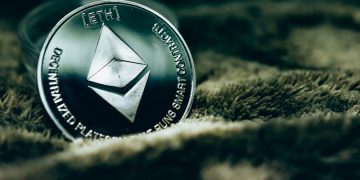 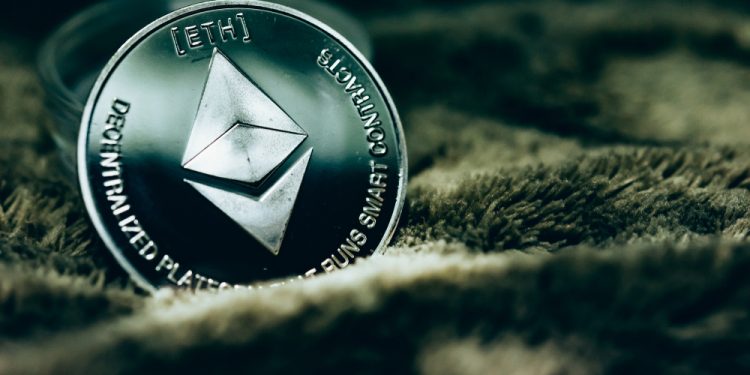 The world’s second largest cryptocurrency by market capitalization ether (ETH) has seen a stronger showing from the bulls after rising 36.77 percent in February so far.

Like bitcoin, ETH has also crossed over a key long-term indicator along the 100-period moving average, a sign that a larger trend change could be in development. Price action peaked along a strong area of support turned resistance at $140-$149 before retracing shortly after Monday’s trading session began.

As can be seen above, ETH has risen and closed above the 100-period moving average (MA) on the daily chart a sign that price action is changing from bearish-to-bullish while the relative strength index (set to 21 as per Fibonacci theory) reinforces the notion of higher lows after a break from the 12-month lower low market structure in Dec.

There was a steady increase in total growing volume, especially back in Nov. and Dec. 2018 that backed a break toward the 100-day MA but was eventually unsustainable and prices retraced 35 percent before finding the momentum to rally once more.

If the direction of the trend is to be sustained the target for the bulls in the short-term would rest along Jan. 5’s peak high of $160.62, previously rejected by the 200-day MA.

On the other hand, ETH’s bitcoin denomination has performed exceptionally well so far in the month of Feb. and has crossed over the 200-day moving average (marked blue) for the first time since May 22, 2018, roughly 8 months ago.

ETH/BTC is considered a fairly decent barometer on gauging the strength of the alt-coin market and has spurred on further gains across the board.

ERC-20 tokens that leverage off and operate within the ethereum ecosystem such as Maker (MKR) and Binance (BNB) are currently up 70 and 61.88  percent respectively in Feb. a sign that investors are re-entering the ether markets at an exponential rate.

Other notable tokens such as Holo (HOT) and ChainLink (LINK) are up between 12.96 and 10 percent in Feb. so far and are profiting from ether’s good fortune.

The upgrade intends to change the amount a miner is rewarded from 3 ETH per block reward to 2 ETH, which will in effect reduce the total supply of new ETH by around one-third.

The hard fork activation has been set for block number 7,280,000, landing on the date of Feb. 27th, according to developer Péter Szilágyi.

Further, ErisX, a US-based digital asset exchange, filed a letter on Feb. 15 to the Commodity Futures Trading Commission (CFTC) in response to questions regarding current ether market conditions that suggested regulated ETH futures as a means to tame chaotic price fluctuations and manipulation:

“There is a lack of institutional-grade trading and post-trade technical infrastructure and operational capabilities, transparent and regulated operations, secure and compliant custody options, fragmented liquidity, and lack of effective hedging options for commercial actors as well as financial intermediaries”.

They note the lack of security and assurances from regulatory bodies as the potential reason institutional investors have yet to move money into crypto.

Disclosure: The author holds no cryptocurrency at the time of writing.