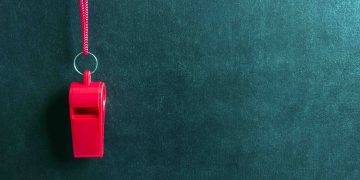 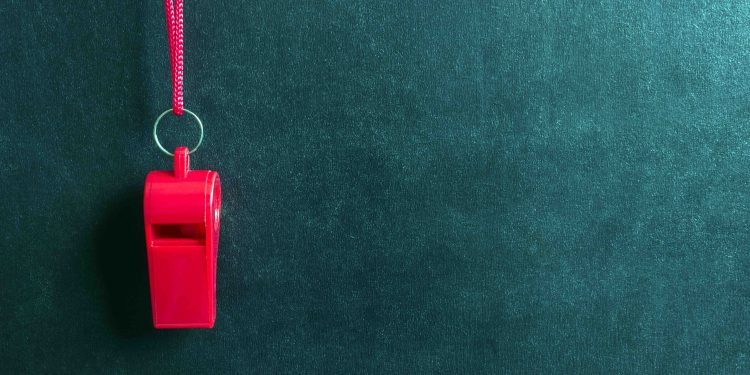 David Nage is the founder of Roadmap, LLC and the former Managing Director of Apeiron Ventures, a private investment office. His crypto writings can be found on Medium at @david_55389.

Before we can begin to look into our crystal ball and see what our magical internet money is potentially going to do for the world and investors in the coming year, I believe we need an honest and thorough review of the past 12 months and the narratives that played out.

This does NOT mean I am going to discuss how bitcoin was X price in December 2017 and that it has since lost Y percent since then – that, in my opinion, helps no one.

As Winston Churchill said: “Those that fail to learn from history, are doomed to repeat it.”

The talent before ‘the herd’

In February 2018, TechCrunch wrote that: “requests for on-demand blockchain talent are skyrocketing.” Last year (2017), freelance talent marketplace Upwork saw blockchain rise to the fastest-growing skill out of more than 5,000 skills in terms of freelancer billings — a year-over-year increase of more than 35,000 percent.

In regards to investment talent, there has been no shortage of institutional professionals that have left to pursue careers in the asset class, especially from Goldman Sachs: Juthica Chou, the COO of LedgerX, spent seven years as a derivatives trader within the Securities Division of Goldman Sachs, where she specialized in algorithmic trading.

James Radecki was a managing director at Goldman and left in 2016 to work in strategic investing at another cryptocurrency firm, according to his LinkedIn page. He’s now global head of business development at Cumberland Mining, one of the largest traders of cryptocurrencies.

Yet, at the same time, ICO fundraising, based on the $279 million raised last month, is now down by more than 90 percent since from its January 2018 all-time high. Since peaking in January, fundraising figures have consistently declined with only one break in the trend occurring in May 2018. What I find deeply interesting here is that this elongated decline, the “crypto winter,” has not stopped these highly touted professional investors and experienced engineers searching for employment in the asset class.

Have you been on a plane heading into a crowded airport, only to find you’re forced to circle around in the sky because the runway is full? In my opinion “the herd” is circling – yes, Fidelity spent four to five years reviewing crypto because launching FDAS (Fidelity Digital Assets); yes, TD Ameritrade invested in a new cryptocurrency exchange called ErisX in a bid to offer clients digital asset investment options beyond bitcoin. Yes, NYSE/ICE launched Bakkt, a platform for trading, storing, and spending digital assets.

And yes, Yale Endowment, and in some ways the godfather of the endowment investment model, David Swenson, invested in two crypto funds, Paradigm and A16z Crypto. It seems Institutions and Institutional Investors began to understand that investing in crypto provided uncorrelated, enhanced returns compared to traditional investment instruments.

As noted in research prepared by Matt Hougan from Bitwise: “examining the impact that a 1 percent, 5 percent, and 10 percent allocation to bitcoin would have had on a traditional 60 percent equity/40 percent bond portfolio since Jan. 1, 2014 they found that allocating to bitcoin would have significantly increased the portfolio’s risk-adjusted returns assuming the portfolio was systematically rebalanced over time.

The potential impact was large: With a 5 percent allocation, for instance, the Sharpe ratio of the portfolio nearly doubled, total returns more than doubled, and the maximum drawdown was substantially reduced.”

Do you remember last year around this time when that hot new ICO was able to raise $100 million in 30 minutes? Do you also remember all these dapps, with all their 80+ page white papers that no one really read, telling you they were going to reinvent the wheel?

Who can forget Useless Ethereum Token (UET) and Whoppercoin? Hint: me. More bad news: According to deadcoins.com there are now 934 coins that, as the websites name should give it away, are dead.

There’s a few problems aside from these I see overall: one, we have around 2,100 tokens in the market right now, many of who registered as a “utility” and in my opinion will have difficulty passing the Howey Test (*note: I am not an attorney nor have conferred with regulators but am reading the tea leaves given to the general public).

Chairman Clayton gave us the “laundromat” analogy this year in a way to discern if an entity is a
security or a utility:

“If I have a laundry token for washing my clothes, that’s not a security. But if I have a set of 10 laundry tokens and the laundromats are to be developed and those are offered to me as something I can use for the future and I’m buying them because I can sell them to next year’s incoming class, that’s a security. What we find in the regulatory world [is that] the use of a laundry token evolves over time. The use can evolve toward or away from a security.”

From observation a majority of the 2,100 tokens in the market currently may have a very hard time passing the laundromat/Howey Test. This has already begun to play out and will continue to in 2019.

According to the federal agency, both companies conducted their ICOs in 2017 despite the SEC’s warning that the their tokens are considered as securities, which are defined in the DAO Report of Investigation.

Then there’s the issue of a little thing called treasury management.

Many of these new projects did not have great plans for how to execute their ideas with their new capital, and most assumed they had five years of runway to figure it out. Projects raised funds in ether over the last year but forgot to plan any coherent treasury management vision or foresight.

Let’s say project X raised $30 million in ETH around Nov 2017–Jan 2018 at the all-time high price around $1,432. This would have minted the project roughly around 21,000 ETH. If the team did not understand or exercise proper treasury management, overspent on marketing and traveling around the world those 21,000 ETH (assuming they still haven’t spent them) are now worth $2.3 million.

This has already beginning to happen and will accelerate for the first few quarter of 2019: ETCDEV, the startup that led development on Ethereum Classic, which is among the top 20 coins with a market capitalization of about $400 million, announced this week that it’s shuttering operations due to a funding crunch.

Are we fast or decentralized?

Ethereum currently can handle around 15 transactions per second (TPS), although its creator Vitalik Buterin believes testing out zk-snarks could improve that to 1 million TPS. Bitcoin is still hovering around seven TPS.

Generally speaking, I believe we are in the Friendster-Myspace era right now; Facebook is a few years away and this relates to TPS and scalability as well. I think 2019 will see a real focus on what zero-knowledge proofs, DPOS or some newer iterations like proof of history can add to the ecosystem.

Many argue no, not yet.

In doing so, Infura provides the fundamental infrastructure required to handle both the short-term spikes that can often occur during token launches and essential, longer-term scaling solutions. An average of 6.5 billion JSON-RPC requests per day on the ethereum network are channeled through Infura infrastructure, making the project an essential pillar of the ecosystem.

A dream that is crypto

As Marcus Aurelius is quoted as saying in the movie “Gladiator”: “There was a dream that was Rome. You could only whisper it. Anything more than a whisper and it would vanish, it was so fragile.”

Well, 2017 going into 2018 the dream and promise of crypto was definitely not whispered – it was shouted from the tops of buildings and trading floors throughout the world. But was it ready? In my opinion, no. It was used and abused by those, who after 10 years of a drug-induced quantitative easing coma in the public markets, realized the party was coming to an end and needed a new kick.

From an institutional investor perspective, the signal-to-noise ratio was quite high this year; I expect with research and news firms coming online this year and into next that will improve.

On Jan 1, 2016, bitcoin was trading around $420. Even with a significant downturn that we’ve bore witness to over the last few weeks that still represents an 8x over the last two years if you employed the HODL mantra.

Crypto wasn’t ready for prime time, but it most certainly will not die. It will rise from the ashes, stronger, more durable and cautious of who it lets in. It will change the world we live in, providing censorship-resistant protection of assets, new ways to validate identity that don’t rely on antiquated technology like SSN.

It will enable suppliers and buyers to improve their relationship and begin to chip away at the billions of dollars of food we humans throw out each year while people starve and so much more. All the talent it’s brought in this year is building right now as you read this article. It has only just begun and it needs us to give it some time to mature.