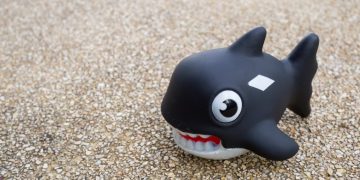 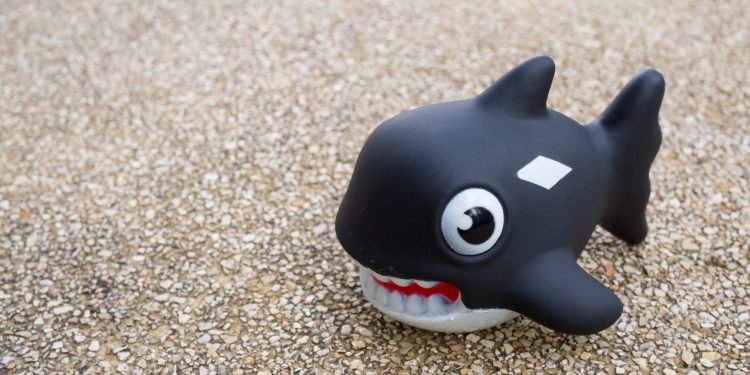 Bitcoin’s (BTC) price volatility spiked in January and could further increase over the near term because “whales” have surfaced.

The cryptocurrency’s annualized volatility grew roughly eight percentage points in January to a three-month high of 58.2 percent, according to Kraken’s monthly report.

Volatility rose as bitcoin’s price rallied from lows near $6,850 on Jan. 3 to a three-month high of $9,570 on Jan. 31. The cryptocurrency closed out January with 30 percent gains, registering its best January performance since 2013.

With the price rally, whales – those buyers of large numbers of coins – seem to have woken from their long slumber. The number of whale addresses – ones with balances ranging from 1K BTC to 10k BTC – ticked higher in the second half of January, as noted by Kraken’s researchers.

The number of whale addresses increased from 2,000 to 2,030, marking a transition to an “accumulation” phase from the “wait and see” phase seen in the last four months of 2019.

Historically, that transition has injected volatility into the bitcoin market. For instance, whales began accumulating coins in September 2018 and entered wait-and-watch mode in early 2019. Meanwhile, the annualized volatility bottomed out below 20 percent by mid-November and skyrocketed to 100 percent by the end of December.

On similar lines, the spike in price volatility in the second quarter of 2019 was preceded by accumulation by large wallets.

The peculiar behavior could be associated with whales having the resources to affect the market with large orders.

“During the accumulation phase, whales eat into market liquidity,” Ashish Singhal, co-founder and CEO of CRUXPay and CoinSwitch.co told CoinDesk. “That affects the supply-demand ratio and causes volatility to re-enter the market.”

Sudden price swings have been observed during whales’ accumulation period. The cryptocurrency’s sharp rise from $4,100 to $5,100, seen on April 2, 2019, was reportedly caused by an order worth about $100 million spread across three exchanges.

Singhal added that HODLers – addresses with balances ranging from 10 BTC to 100 BTC – also influence liquidity and volatility. According to historical data, volatility tends to rise once the 10 to 100 BTC cohort concludes accumulation.

As the growth in the number of addresses with 10 to 100 BTC topped out in November 2018, volatility kicked in and rose sharply from 20 percent to 100 percent. A similar divergence between the two metrics was seen during the four months to mid-July 2019.

Currently, the 10 to 100 BTC cohort is in the accumulation phase, having bottomed out in November. The number of addresses have increased from 135,000 to 137,500 over the past three months.

“Family offices, high-net-worth individuals and proprietary trading accounts have been building BTC positions continuously in the 10 to 100 range. It’s a sign of growing adoption of bitcoin as an investment,” Gabor Gurbacs, digital asset strategist/director at VanEck/MVIS, told CoinDesk.

If HODLers exit the accumulation phase and whales continue to snap up coins over the coming weeks, the demand supply-imbalance could worsen, resulting in a big jump in volatility.

“The problem, however, is that it is difficult to predict how long these periods of accumulation for HODLers will last,” said Connor Abendschein, crypto research analyst at Digital Assets Data.

The ongoing accumulation by HODLers could last at least for a few more weeks, with the cryptocurrency set to undergo mining reward halving in three months.

The rewards per block mined on bitcoin’s blockchain will be reduced from 12.5 BTC to 6.25 BTC at some point in May. Essentially, miners would have fewer bitcoins to sell after May, and that could lead to a supply deficit.

In the past, markets have priced in the impending supply cut by rallying to a new market cycle top (the highest point from the preceding bear market low) in the calendar year of reward halving, but on a date before the event.

Thus, if history were to repeat itself, bitcoin could rise above the June 2019 high of $13,880 before May. With such strong bullish expectations dominating the market sentiment, HODLers are unlikely to end accumulation anytime soon.

However, that does not necessarily mean volatility would crash, as whales are also likely to continue accumulating coins ahead of the reward halving.
“If the whales shift to accumulating bitcoin while HODLers are still within their current phase, it would suggest an additional increase in demand for BTC at near the same as the mining supply is scheduled to be cut in half in early May,” Abendschein told CoinDesk. “This imbalance has the potential to not only see a spike in volatility, but also in price.”