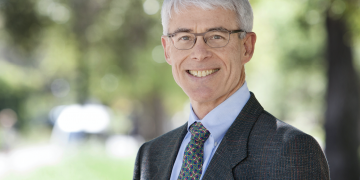 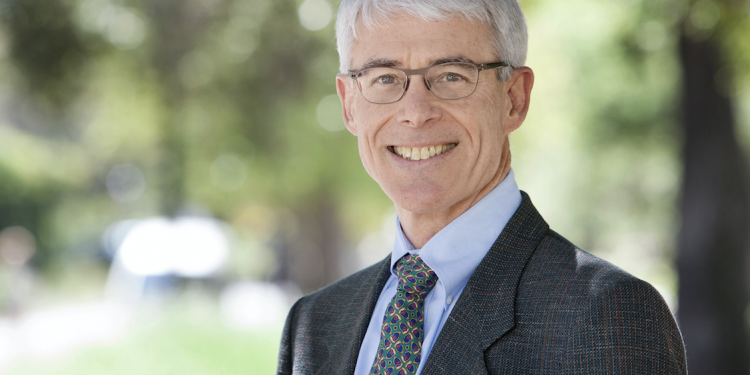 This post is part of CoinDesk’s 2019 Year in Review, a collection of 100 op-eds, interviews and takes on the state of blockchain and the world. Darrell Duffie is a professor of finance at Stanford University.

Darrell Duffie is on the faculty of Stanford University’s Graduate School of Business, where he teaches and researches financial market design.

Fulfilling the academic adage “publish or perish,” Duffie writes a lot. His work spans from modeling financial ecosystems to questioning the credibility of LIBOR (a sometimes-manipulated benchmark for setting interest rates on loans). He also writes about the disruptive inevitabilities of cryptocurrency, specifically fiat-backed stablecoins.

In October, at a distinguished Group of Thirty event, Duffie gave a presentation alongside Libra co-creator David Marcus and Bank for International Settlements general manager Agustin Carstens on the impact of stablecoins on banking systems. Crypto will transform the economy by reducing inefficiencies at the interpersonal, interbank and international level, he said.

I emailed Professor Duffie a lot of questions about stablecoins over a period of several weeks. Below is a compiled and condensed transcription of our emailed correspondence concerning the very basics of stablecoins, what a central bank digital currency is, and, of course, Libra.

A stablecoin is a digital asset whose price is constant or nearly constant in terms of the native fiat currency, that is held and transferred cryptographically.

What initially spurred your interest in stablecoins?

The weak quality and high cost of current payment systems, especially in the U.S.

What do you think were the biggest events in stablecoins this past year?

Speaking from the viewpoint of my interest in payment fintech: The biggest events of the past year are the unmasking of serious problems in Tether, the initial proposal of Libra, and the decision of the Fed to go ahead with FedNow, which is another approach to meeting the need for an improvement in the payment system.

Did you work on Libra, or are you an observer of the project?

Yes. I have met with some Libra people on a couple of occasions. I don’t work with any firm in the payment space. I am just observing and learning.

What do you think of the regulatory backlash against Libra from EU officials, the US congress, and policy makers in China?

The reactions are natural and appropriate:  “No, you are not going to offer this service until we are confident that it complies with our rules, which are designed to protect users.”

Does Libra have the potential to improve payment systems?

If Libra complies with the rules, then yes, it could improve payment efficiency and lower payment costs. This would be a positive development. Payments would be faster and cheaper.

But complying will not be easy, and they have already dug themselves into a hole, in terms of perception among regulators.

How will this “unmasking” you mentioned earlier affect Tether going forward?

New York prosecutors alleged that Tether had a conflict of interest in making a loan from the trust holding assets backing Tether to affiliated parties. So, one might assume that the “stable coin” is not in fact stable. This casts doubt on its trustworthiness, with respect to having a stable value.

What is Tether’s role in the crypto ecosystem?

Stability of price promotes use as a medium of exchange. I think Tether is somewhat popular because it is somewhat stable in price, for the time being.

What of other crypto-incumbent stablecoins like Circle’s USDC or the Binance Token, will they play a larger role outside of their ecosystem?

I expect that Tether has raised the ante for others for demonstrating strong independent controls on the quality of their backing. So far, the incumbent stablecoins have not made a strong case for their technologies. Yes, different stablecoins are in effective competition with each other, given the severe network externalities: Anyone will generally prefer to use the payment medium that others are using.

What do you make of crypto-pegged stablecoins like DAI?

I am open minded, but I expect that crypto-pegged stablecoins will have a tough time establishing a critical mass of users for payments applications.

What has crypto’s effect been on the banking and finance sectors?

So far, the main effect on banking and finance are the heightened awareness of perceived gaps and opportunities in the payment system, and some R&D work, such as JPM Coin.

Do you think private stablecoins will disrupt traditional banking services?

Actually, I do not expect that private stablecoins will prevail. However, the threat of entry by stablecoins to incumbent payment service providers will cause disruption, including likely improvements in payment services. For instance, it’s not clear that JPM Coin will be for general use in broad payments. Second, it would seem unlikely for JPMorgan to be an early disruptor of its legacy franchises in the payments arena.

What would JPMorgan’s stablecoin likely achieve for inter and intra-bank processes?

JPM Coin and USC would be useful for settlement of wholesale securities transactions and other large interbank transactions.

It’s a serious idea, and could in principle work well. I’m not confident that the Fed will co-operate. Some banks could react against it.

Would it be inherently more trustworthy?

JPM Coin would be as safe as deposits in JP Morgan Chase, so highly trusted. Given the necessary agreements from central banks, USC would be backed by central banks, so obviously trustworthy.

What do you think of the USD-backed stablecoin proposed by former CFTC executives Gorfine and Giancarlo?

It’s a serious idea, and could in principle work well. I’m not confident that the Fed will co-operate. Some banks could react against it. An effective CBDC would significantly change the nature of the private-sector payment industry. Credit card interchange fees, for example, would come under pressure.

Further, achieving the network scale effects will not be easy. (Libra automatically overcomes that concern, given Facebook’s enormous user base.)

Could you elaborate on the problem of scale effects for introducing a central bank stablecoin?

Scale effects apply to any form of money, including central bank stablecoins, in much the same way. A given potential medium of exchange can be an effective form of money only if there is a presumption by most agents in the economy that most other agents are ready and willing to use it as a medium of exchange. This is a network externality: the greater the set of people that use it, the larger is the set of people that want to use it. Pretty simple economics.

A central bank has a huge head start in creating the needed scale effects because it already supplies money that everyone uses. It could simply begin to substitute legacy forms of central bank money (such as paper money) with its own stablecoin. The central bank could also allow banks and potentially other intermediaries to supply its stablecoin to anyone who wants it.

Do you think the Fed will implement the idea?

I doubt the Fed, or the U.S. more generally, will introduce a state-backed stablecoin. That’s difficult technically and politically risky. If it doesn’t work well, even just occasionally, government officials will suffer severe criticism.

Where in the world will this technology be deployed first?

Among large countries, it looks like China is likely to be the first to deploy a CBDC.

Although you write that the Fed will not likely roll out a stablecoin, do you think a central bank digital coin may be developed independent of a blockchain?

What qualifies as a “blockchain” in CBDCs becomes definitional, and is not necessarily so important to the functional properties of a CBDC. I do expect that the People’s Bank of China will offer a CBDC soon, maybe even in the next year.

If denominated in the native fiat currency, an effective state backed digital currency would enhance monetary control and in particular improve monetary policy transmission. This is so because it would reduce market segmentation and promote competition in payment and deposit-related services. If a foreign or global stablecoin became widely used in a small open economy, the control of local-currency monetary policy would become more difficult.

Are there any particular R&D projects you’ve been following?

All of the above, and fast payment systems, which are coming along well in other countries. FedNow, if executed well, could be a game changer in the U.S. Token X has amazingly powerful new technology for upgrading the bank-based payment rails — it’s the coolest idea I have seen.