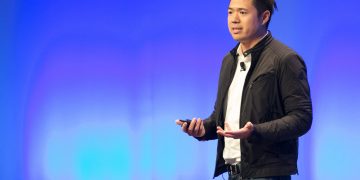 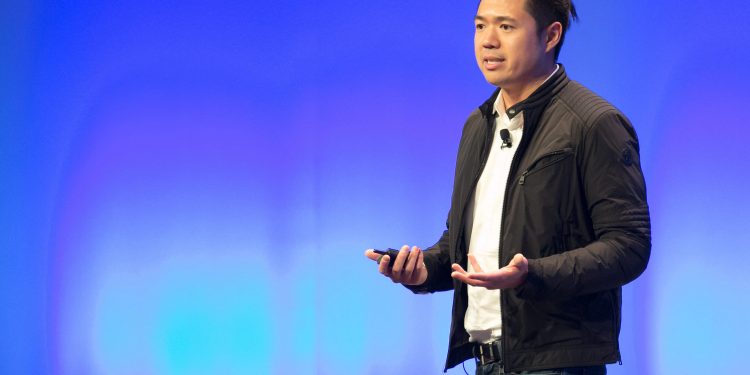 This post is part of CoinDesk’s 2019 Year in Review, a collection of 100 op-eds, interviews and takes on the state of blockchain and the world. Paul Veradittakit is a partner at Pantera Capital, focusing on venture capital and hedge fund investments. Pantera Capital is one of the earliest and largest institutional investors in digital currencies and blockchain technologies, managing over $500 million.

2019 has been an incredible year for the blockchain and cryptocurrency space – we’ve been through immense market fluctuations, regulatory battles and financial scandals, Senate hearings, and the launches of several key abstractions that enable some really interesting applications.

We’ve got some high hopes for 2020 – the innovations we’ve seen in the last year enable a diversity of awesome use cases for crypto, highlight some critical areas for improvement, and represent a huge advancement in the technicality and complexity of the industry.

A year ago, I made similar predictions for the direction of blockchain in 2019. Here’s a look back at how those performed throughout the year. I’ve rated the strength of my predictions on a scale of 1 to 5, with 1 being the least predictive and 5 being the most predictive of how the year actually went.

Institutionally, I saw a lot of crucial STO growth, including Blockstack, a $33.8 million Bond-i by the World Bank, a $20 million bond on ethereum by Santander, and a partnership with Asia’s largest real estate investment trust to launch Link REIT. Still, purchases were slow due to (1) persistent regulatory concerns and (2) little value-add beyond higher relative liquidity, which wasn’t enough to convert most investors to purchase STOs. The space is growing, but slowly.

This turned out very true – ICO closures in 2019 were incredibly sparse compared to 2018 (August and October both had none, while January 2018 had 160 projects). That said, 2019 projects raised more funding on average ($6.8 million) compared to 2018 ($132,000). Still, ICOs are losing popularity because of (1) concerns with funded projects (2) regulatory hurdles with selling the tokens and (3) the crypto bear market.

With higher education on cryptocurrency, 2019 did see more institutional interest and investment than prior years. There were projects like JPM Coin (by JPMorgan), the launch of Fidelity Digital Assets, and whispers of interest and proposed projects from other major institutions like Goldman Sachs and the World Bank. Still, we didn’t see a ton of tangible projects in this space, but as crypto matures, the traditional giants of the finance industry are becoming more and more interested.

Scalability (primarily sharding and payment channels) was a huge thesis for 2019. The Lightning Network’s growth was one of the most critical vehicles for the wave of development of decentralized apps in 2019; developers are becoming less wary of blockchain’s high fees and low speed and are capitalizing on its other features, with similar convenience to traditional development platforms. In a similar vein, I also saw significant work in abstractions for developers, like the Alchemy API.

For 2020, I’ve identified some key concepts and projects that I think will advance significantly. I’ve discussed my thoughts on each below.

In 2019, Facebook announced its Libra project, a cryptocurrency that will be integrated with the Facebook suite of products (Facebook, Messenger, WhatsApp) through a new platform called Calibra. Facebook expects the Calibra wallet to launch in 2020 for its messaging applications – this will likely be the largest mainstream launch and use case for cryptocurrency that the world has ever seen. Facebook’s user base is massive, to say the least, at 2.45 billion individuals, and Calibra will likely present an easy-to-use, convenient platform for these users to pay each other and pay online services through single-sign-on with their Facebook credentials.

A launch at this scale would introduce millions of users (many of whom have little to no background with crypto) to the idea of managing assets and payments via a cryptocurrency – and will test the resolve of the space against the masses. It’s also likely that Libra and Calibra will open critical conversations on regulatory issues and data privacy; David Marcus, the head of the project, has already testified against the doubts of the US Senate and ongoing criticism of Facebook’s data scandals will highlight the power – and necessary improvements – of a platform like Libra/Calibra.

The latter half of 2019 has not been kind to bitcoin – we hit a price maximum of roughly above $13,000 around the middle of the year but have since dropped back down to hovering around the $8,000 mark. Nonetheless, the price has nearly doubled since the beginning of the year. More importantly, in May 2020, bitcoin will undergo its next halving event; to put it succinctly, halving is a protocol built into bitcoin that “halves” the reward that miners receive for mining a block every few years, forcing the total amount of BTC to ever be in existence to cap at 21 million. The reward for mining a block will halve to 6.25 BTC (nearly $40,000 given the current price of BTC).

Halving will likely create a significant bull run in the bitcoin market, for two main reasons. First, it perceptually represents a shrinking supply of “remaining BTC” for investors, which makes investors see each new unit of BTC with more and more value (since less remain). Secondly, since the mining reward is less, fewer miners will be incentivized to mine transactions – this relative scarcity of miners (compared to the status quo) will also drive up the value of the cryptocurrency. Halving will likely keep the price of BTC relatively high for the entirety of 2020 and may bring some more confidence to the space.

Game developers and enthusiasts are increasingly exploring what blockchain can do for their gaming systems and how they can incorporate cryptographic assets into (1) the way they provision technological resources and (2) gameplay, in terms of in-game purchases, assets for different players, credits, etc. We’ve seen a fair amount of this already – Splinterland on Steem and the collaboration between Enjin and Microsoft Azure Heroes, but still, there’s a lot of work that remains.

Blockchain gaming will likely boom in 2020 because of important developments in high-performance tools that allow games to run on previously-rate-limiting blockchain technologies, better architected smart contracts, second-layer solutions, and abstracted infrastructure/digital asset storage that makes it easy for game developers to build digital assets into the gameplay and character experience. Hopefully, we’ll see something mainstream on a platform like Steam or Twitch that really puts the power of blockchain in the context of the average gamer.

Decentralized finance (DeFi) has undoubtedly been one of the largest areas for growth of cryptocurrency in 2019 – and I expect that this trend will follow through with 2020. Services like Maker, Compound, InstaDapp, etc. will likely see more monthly active users and locked-in value as more and more mainstream consumers and crypto enthusiasts alike catch onto the real-world potential of DeFi – for lending, taking out a mortgage, retail payments, arbitrage, etc.

DAI is also increasingly becoming the “stablecoin standard” and a strong performance in 2019 sets high hopes for its potential growth in 2020 across mainstream users. With the move from single-collateralized DAI to multi-collateralized DAI earlier this year, we’re also likely going to see an onboarding of more users onto the platform and a diversification of the collateral behind DAI, both of which provide critical strength to DAI as a stablecoin and its signaling about the blockchain space. We’ve also seen growing institutional interest in blockchain from the likes of consumer finance products and major banks – we’re keen to see more of this growth in 2020.

This is unlikely to happen within the United States, but China earlier this year launched a digitized version of their yuan currency for mainstream use in a diversity of applications – loans, retail, taxes, etc. This digital currency isn’t strictly a “cryptocurrency” per se, because it’s delivered through a centralized agency, but it does represent growing global interest into shifting the financial ecosystem online. This digital yuan will be a promising signal as to how digital assets perform in mainstream use cases, particularly in online venues like Alibaba and Baidu.

Strong outcomes may signal higher confidence in digitizing the financial space, which ultimately brings more confidence to cryptocurrency and DeFi.

The past year has also been huge for infrastructural solutions for blockchain – some key ones include the growth of the Lightning Network, which provides critical speed and scalability improvements for decentralized apps, and Alchemy, which offers a suite of APIs and infrastructural tools that greatly simplify the decentralized development process. These advancements will likely spur a wave of new decentralized applications and web 3.0 technologies, enabled by abstractions and enhanced simplicity of development.

We’re hoping to see more decentralized compute platforms (in the likes of Orchid, a VPN provisioning solution that capitalizes on a decentralized digital token system), that may also capitalize on increasing growth in cloud and SaaS technologies next year. This will likely broaden to other, more consumer-oriented use cases too, like privacy-centric browsers, gaming, social networks, information retrieval, and more.

With the diversity of crypto projects that have launched in 2019 and those to come in 2020, it would be naïve to not anticipate the regulatory hurdles that come with these nascent technologies. Some key ones to watch out for include (1) regulation of technologies that employ zero-knowledge proofs (Zcash, for example) that might present powerful, unregulatable tools for criminal financial use, (2) data privacy concerns with the mainstreaming of blockchain and electronic digital finance (concerns surrounding the Libra launch, for example), and (3) the ongoing fight about recognizing certain tokens and currencies and securities versus commodities.

As crypto projects become increasingly nuanced and different in highly-specified ways, we’re also hoping to see greater education about these projects amongst regulatory agencies to understand the nuances and how they might affect their regulation and characterization.

Ultimately, with a space as nascent as cryptocurrency, it’s hard to identify exactly what might be big in the coming year – projects go through extremes of success and failures, currencies go through peaks and plateaus, and the industry goes through intense controversy and spells of confidence.

That said, I’m confident that 2020 will be a significant year for the industry and we’ll see some incredible innovations. Happy New Year!

Join CoinDesk at CES Next Week